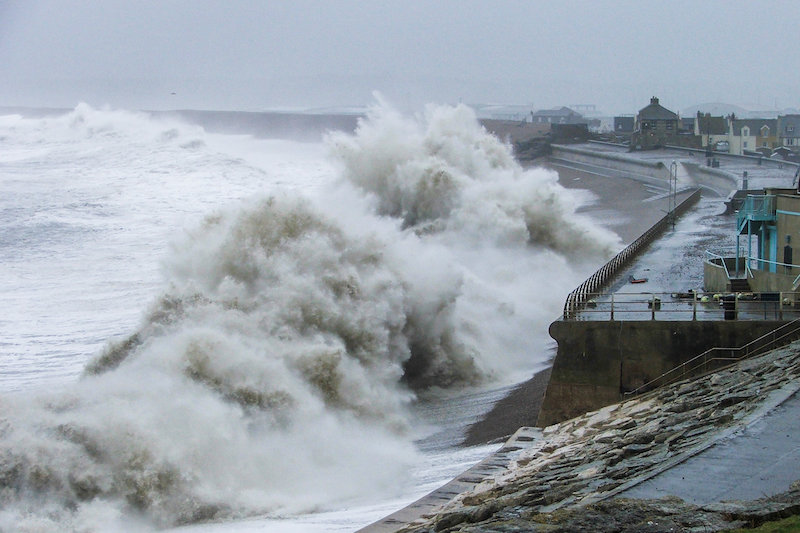 Waves crashing onto Chesil Beach in Dorset during the winter of 2013/14. Credit: Tim Poate/University of Plymouth

Apr. 24, 2018 (Phys.org) -- Average winter wave heights along the Atlantic coast of Western Europe have been rising for almost seven decades, according to new research.

The coastlines of Scotland and Ireland have seen the largest increases, with the average height of winter waves more than 10mm/year (more than 0.7metres in total) higher than in 1948.

That has also led to increased wave heights during extreme weather conditions, with levels off the Irish coast increasing 25mm/year during the past 70 years, representing an average increase of 1.7m.