Will the ICC Investigation Bring Justice for Palestine? | Ramzy Baroud 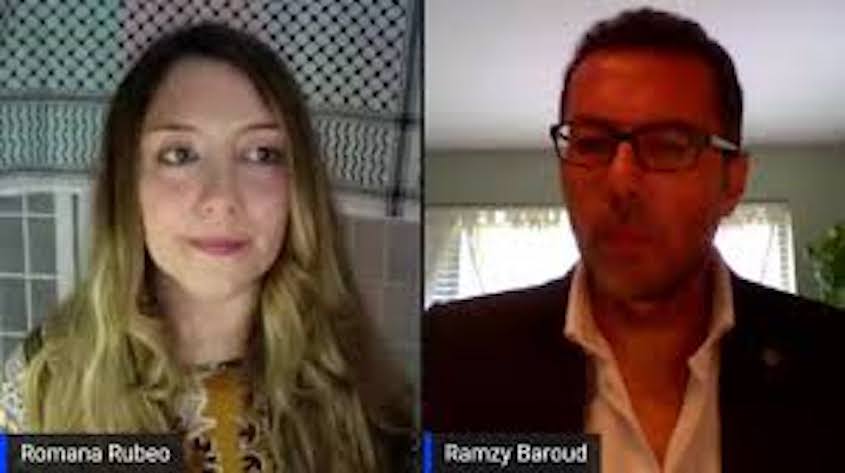 In the past, there have been many attempts at holding accused Israeli war criminals accountable. Particularly memorable is the case of the late Israeli Prime Minister, Ariel Sharon, (known, among other nicknames, as the ‘Butcher of Sabra and Shatila’) whose victims attempted to try him in a Belgian Court in 2002.

Like all other efforts, the Belgian case was dropped under American pressure. History seems to be repeating itself.

On Dec. 20, the International Court of Justice (ICC) Chief Prosecutor, Fatou Bensouda, resolved that she had sufficient evidence to investigate alleged war crimes committed in the occupied West Bank, East Jerusalem, and the Gaza Strip. The ICC’s unprecedented decision concluded that there were “no substantial reasons to believe that an investigation would not serve the interests of justice”.

As soon as Bensouda made her much-delayed decision, the U.S. administration swiftly moved to block the Court’s attempt at holding Israeli officials accountable. On June 11, U.S. President Trump signed an executive order slapping sanctions on members of the global judicial body, citing the ICC’s investigations of U.S. war crimes in Afghanistan and Israeli war crimes in Palestine.

Will the United States succeed, once more, in blocking another international investigation?

On June 19, we spoke to Dr. Triestino Mariniello, a member of the legal team representing the Gaza victims before the ICC. Mariniello is also a Senior Lecturer at the John Moore University in Liverpool, UK.

Rubio and Baroud: There has been much doubt about whether the ICC was serious, willing or capable of pushing this case forward. Later, technical questions arose regarding the ICC’s jurisdiction over occupied Palestine. Have we moved beyond these doubts?

Mariniello: Last December, the Prosecutor decided to ask the Pre-Trial Chamber the following question: “Does the ICC have jurisdiction, that is to say, is Palestine a State under the Rome Statute --  not, in general, under international law, but at least under the founding Statute of the ICC? And, if yes, what is the territorial jurisdiction of the Court?”

The Prosecutor argued that the Court has jurisdiction over crimes committed in the West Bank, including East Jerusalem, and Gaza. This request to the Pre-Trial Chamber was not necessary, for a very simple reason: because the situation is being referred by the State of Palestine. So, when a State party refers a situation to the Prosecutor, the Prosecutor does not need authorization by the Pre-Trial Chamber. But let us analyze things within a wider context.

The formal engagement of the State of Palestine with the ICC began in 2009, following the Gaza war (“Operation Cast Lead”). At the time, Palestine had already accepted the jurisdiction of the ICC. It took more than two years for the former Prosecutor to decide whether Palestine was a State or not. After three years, he said: We don’t know if Palestine is a State, so we don’t know if we can accept the jurisdiction of the ICC. Thereafter, this question was raised before the UN General Assembly and the Assembly of State Parties. In other words, they delegated the answer to political bodies, and not to the Pre-Trial Chamber.

That investigation was never conducted and we never had justice for the victims of that war.

In 2015, Palestine accepted the jurisdiction of the Court, and it also became a State Party. Still, the Pre-Trial Chamber decided to involve a number of states, civil society organizations, NGOs, scholars and experts to ask them the question: "Is Palestine a State under the Rome Statute?" The response was: "The Pre-Trial Chamber will decide on this, after it receives the views of the victims, of states, of civil society organizations … and it will decide in the next few weeks or months."

Rubio and Baroud: Aside from the Trump Administration, other Western countries, such as Germany and Australia, are lobbying at the ICC to drop the investigation altogether. Will they succeed?

Mariniello: There are at least eight countries that are openly against an investigation of the Palestinian situation. Germany is one. Some of the others came as a surprise, to be honest, for at least four other countries, Uganda, Brazil, Czech Republic, and Hungary had explicitly recognized that Palestine is a State under international law, yet are now submitting statements before the ICC Pre-Trial Chamber saying that this is not true anymore.

Of course, the issue is a little bit more complex, but the substance is, these countries are raising political arguments before the ICC which have no legal basis. It is surprising that these states, on the one hand, claim to be supportive of an independent International Criminal Court, but on the other hand, are trying to exercise political pressure (on that very legal body).

Rubio and Baroud: On June 11, Trump signed an executive order in which he imposed sanctions on individuals associated with the ICC. Can the US and its allies block the ICC investigation?

Mariniello: The answer is “no”. Trump’s administration is putting pressure on the ICC. By pressure, we mainly refer to the Afghanistan situation, and also to the Israeli-Palestinian situation. So, every time there is a statement by Trump or Secretary of State, Mike Pompeo in relation to the ICC, they never forget to mention the Afghanistan case.

In fact, the Prosecutor is also investigating alleged war crimes committed by CIA members and US soldiers. So far, this pressure has not been particularly effective. In the case of Afghanistan, the Appeal Chamber has directly authorized the Prosecutor to start an investigation, amending a decision taken by the Pre-Trial Chamber.

Now, though, we are witnessing an unprecedented situation, with the US administration willing to issue economic sanctions and visa restrictions to individuals associated with the ICC and, perhaps, to other organizations as well.

Rubio and Baroud: Article 5 of the Rome Statute -- the founding document of the ICC -- has an extended definition of what constitutes "serious crimes," that being the crime of genocide, crimes against humanity, war crimes, and the crime of aggression. It could be argued, then, that Israel should be held accountable for all of these "serious crimes." Yet, the ICC opted for what is known as the "narrow scope," thus the investigation will only be looking at the single component of war crimes. Why is that?

Mariniello: If we look at the request by the Prosecutor to the Pre-Trial Chamber, particularly paragraph 94, surprisingly, the scope of the investigation is quite narrow, and the victims know that. It only includes (as part of its investigation into war crimes) some incidents related to the Gaza war of 2014, crimes committed within the context of the "Great March of Return," and the (illegal) Jewish settlements.

That said, the scope of the investigation is not binding for the future. The Prosecutor can decide, at any moment, to include other crimes. We hope it will happen because, otherwise, many victims will never get justice.

Mariniello: I do not think that the blame should be placed on the Palestinians because the Palestinian organizations submitted (a massive amount of) evidence. I think it is a prosecutorial strategy at this stage, and we hope this will change in the future, particularly with reference to the situation in Gaza, where even the overall number of victims has been overlooked. More than 1,600 civilians were killed, including women and children.

In my personal opinion, there are several references to the concept of conflict itself. The word ‘conflict’ relies on the presumption that there are two parties that are fighting each other on the same level and there is not enough attention given to the Israeli occupation itself.

Rubio and Baroud: Walk us through the various scenarios and timelines that could result from the ICC investigation. What should we expect?

Mariniello: I think if we look at the possible scenarios from the perspective of the Rome Statute, of the law which is binding, I do not think that the judges have any other option but to confirm to the Prosecutor that Palestine is a State under the Rome Statute and that the territorial jurisdiction includes the West Bank, East Jerusalem and Gaza.

I would find it very surprising if the judges reach any other conclusion. The Palestinian State was ratified in 2015, so you cannot go back to the Palestinians and say: No, you are not a member anymore. Meanwhile, Palestine has taken part in the Assembly of State Parties, is a member of the Supervisory Committee of the ICC, and has participated in important decisions.

The likelihood is that the Prosecutor will receive a green light by the Pre-Trial Chamber. If this does not happen, the Prosecutor can (still) move forward with the investigation.

Other possible scenarios can only be negative ones because they would prevent the victims from getting any justice. The reason that the case is at the ICC is because these victims have never received any justice before domestic courts: the State of Palestine is unable to try Israeli nationals, while Israeli authorities are unwilling to try individuals who have committed international crimes.

If the ICC judges decide not to accept the jurisdiction over war crimes committed in Palestine, this would prevent victims from having access to the only possibility of getting justice.

A particularly dangerous scenario would be the decision by the judges to confirm the ICC jurisdiction over some parts of the Palestinian territory while excluding others, which has no legal ground under international law. It would be very dangerous, because it would give international legitimacy to all the unlawful measures that Israeli authorities -- and now even the Trump Administration -- are putting in place, including the (illegal) annexation plan.