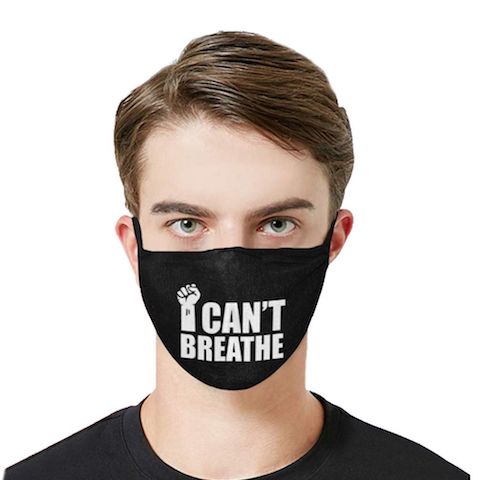 Yet another topic I've been asked to write about is why I quit activism all those years ago. To be radically honest, I've already tackled this subject in several ways but... I think I've found a new angle. Read on to learn more.

Recently, I was walking down Steinway Street in my neighborhood when I passed a man wearing two Covid masks. Not shocking these days, for sure, but the outer of the two masks had words printed on it: “I can’t breathe.” (insert deep sigh here) It wasn’t just a Covid mask. It was a #woke, anti-racist Covid mask on top of another mask — restricting his ability to breathe. After I made certain that Alanis Morissette wasn’t filming another video nearby, I began pondering the sad state of activism and mask-wearing as we head into the second half of 2021.

Before I go any further, a couple of caveats: Firstly, yes, I was all-in on masks when the pandemic started and the fear-mongering hit full stride. Over time, I began to call out the hypocrisy and manipulation. I was late to the party but have made my presence felt since I arrived. My second caveat goes out to all those who were already struggling with a chronic illness or are in close contact with someone who is. This article is about activists and virtue signaling. It’s not about judging those with existing health issues. If you choose to take it that way, that’s on you. I’m not talking about someone taking legitimate health precautions.

I am talking about the fact that SO many of my former activist comrades are still aggressively and demonstrably pro-mask. Why are the so-called rebels of the world currently the most adamant when it comes to enforcing the rules? What happened to “question authority”? I have two words for you: virtue signaling. (Fyi, this means: “The action or practice of publicly expressing opinions or sentiments intended to demonstrate one's good character or the moral correctness of one's position on a particular issue.”)

Think about it. “Activists” chant, march, carry signs, hold candlelight vigils, use the profile picture design of the day, put on puppet shows, hold hands in the shape of a peace sign, celebrate “symbolic” arrests, and never stop posting on social media. In other words, they do everything except “make a difference” or “raise awareness.” Here’s another thing they always do: they make sure we know just how good they see themselves to be. They’re so desperate to be perceived as righteous and woke that they have no time to actually change anything or help anyone.

And then, in a case of sweet serendipity, along comes the Covid mask. They not only get the chance to literally wear their virtue on their faces but mask-wearing is also a very public way of declaring one’s disdain for Trump. It was love at first sight for WokeWorld. 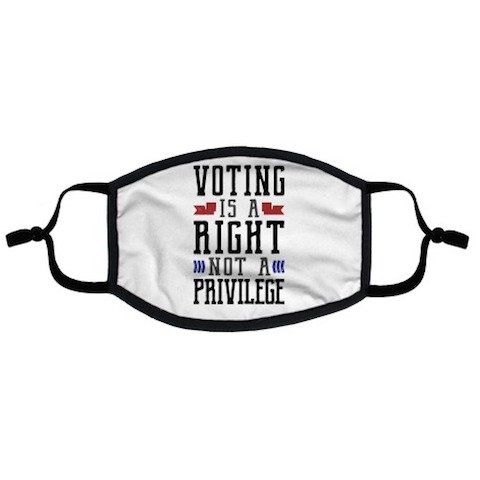 Has there ever been an easier way for “activists” to signal their righteousness? Even if they’ve agreed to be a subject in a gene therapy experiment and maintained six feet of distance from everyone (although that has never been proven to prevent anything except socializing), they will still wear their masks. And they will still make sure everyone knows they wear a mask — all the while attempting to silence and demonize anyone who doesn’t. If there’s one thing the #woke crowd loves more than anything, it’s enforcing rules.

“I wear my mask to help others,” they tweet and post over and over again. Why would they ever take it off? This is the easiest form of “activism” in history! Never again will their undying commitment to social justice be questioned. Indeed, there’s nothing like the muffled sound of “We are unstoppable! Another world is possible!” being chanted through a mask adorned with a radical [sic] slogan. 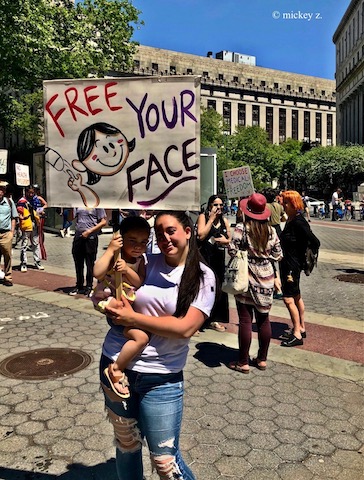