When Andrea Dworkin and Catharine MacKinnon Tried to Show Us the Way — Mickey Z. 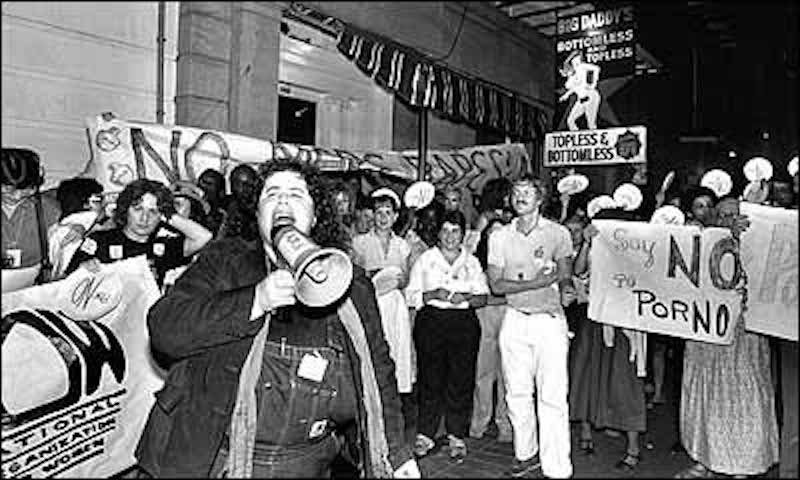 I’ve written plenty of valid critiques of “activism,” e.g. here and here and here and here. A common knee-jerk reaction to my work is that false claim that I never offer solutions or alternatives. So, for the thousandth time: The first step is to get people to realize they’re misdirecting their time and passion. This is my focus. Even so, I often point to the potentially effective templates that exist. This article is about one such blueprint.

Originally written in 1983 by Andrea Dworkin and Catharine MacKinnon, the Anti-Pornography Civil Rights Ordinance was an amendment to a civil rights law. It now stands as a mostly ignored activism template for creating law-based change within the system. Rather than taking the traditional “obscenity” angle, the Dworkin-MacKinnon ordinance proposed that:

In the ordinance, pornography is defined as such:

It included a “coercion provision,” which permitted “anyone coerced into sex acts so pornography can be made of them to stop the pornography and to get damages for their abuse. It only addresses materials made through aggression that is proven to be done against individual human beings. There is no First Amendment protection for coercion.”

In addition, the ordinance “prohibited forcing pornography on others against their will.” It also contained defamation and trafficking provisions. Read the full text to see what it looks like when someone does the hard work of laying foundations instead of focusing on, say, hashtags.

During the 1980s and early 90s, versions of the Dworkin-MacKinnon Ordinance were passed in several U.S. cities only to be vetoed by mayors or struck down by courts. In other words, there was no sign-holding, marching, or chanting. A horrific societal threat was identified (and has reached full fruition with the advent of the Internet) and a fresh approach was conjured up. 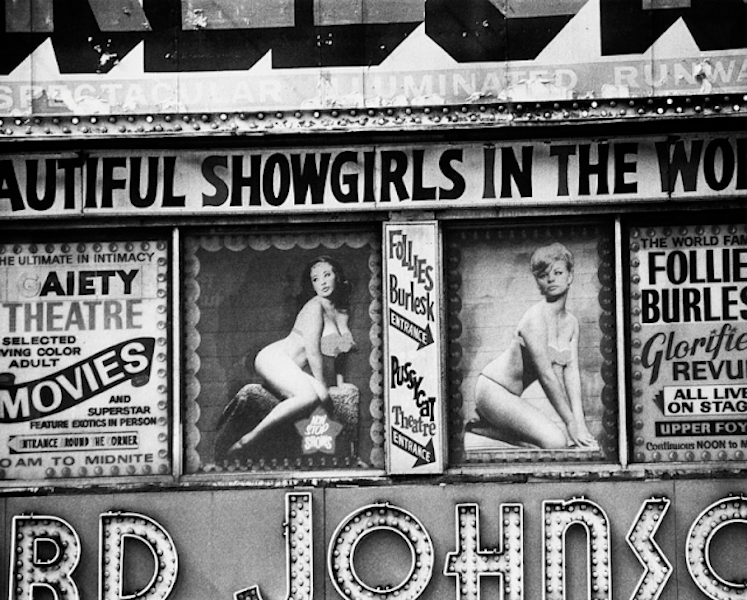 The Dworkin-MacKinnon Ordinance was thwarted because a culture founded on patriarchy was not ready for such progress. But has anyone picked up the mantle and carried on? Rarely, if ever. It seems “activists” prefer actions that result in epic selfies and/or a chance to break stuff.

What can we learn in 2021 from a long-forgotten women’s rights effort? Is anyone even open to learning from it? I’ve used this ordinance as an example to show activists that there are countless ways to organize beyond the minuscule range they currently embrace. The response, without fail, is to flippantly launch insults at Dworkin and/or declare that ideas like this can “never work” or “only address symptoms.” (insert sad trombone here)

Think of the thousands upon thousands of people who later flocked to Occupy or BLM or climate marches, or any other form of impotent exhibitionism. Now imagine if that many would’ve backed the Dworkin-MacKinnon Ordinance nearly 40 years ago. Imagine if that many people would back similar new efforts today — on a full range of issues. Imagine.