What RBG Taught Us About Justice | Mickey Z. 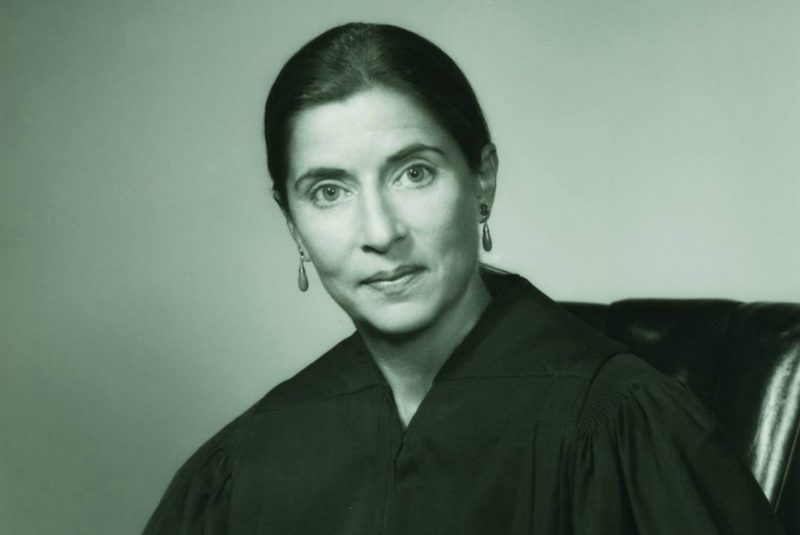 Ruth Bader Ginsberg. Photo from the collection of the Supreme Court of the United States

On Friday evening, Sept. 18, 2020, I was sitting at my desk, wearing my well-worn RBG t-shirt, when I got a message from my editor. He asked if I could write something quickly about Ruth Bader Ginsberg. He didn’t have to say anything else before I started tearing up. I knew the worst had happened. I also knew that nothing I’d write would do justice to a woman whose entire life was tirelessly dedicated, well... to justice.

Back in the days before we humans became too smart for our own good, someone like Ruth Bader Ginsberg would've rightfully been called a “saint.” Stories about her would’ve been passed down from generation to generation.

Since this is the United States in 2020, we can instead type her name into a search engine and learn about her hard-earned legacy. Even better, we could watch the incredible 2018 documentary. A must-watch, regardless of your worldview:

Landmark case after landmark case, Ruth Bader Ginsberg altered the landscape for women and girls across the land. The foundation she built, one brick at a time, is so deeply embedded as to be taken for granted today. But you don’t need me to attempt listing her myriad accomplishments and milestones. You can find some of that information here and here and here and here.

What I’d like to focus on are a few of the lessons she left behind, valuable lessons for anyone seeking to live in a more equitable and humane society. Justice Ginsberg didn’t march or carry signs or engage in staged histrionics. Rather, she was “notorious” for her one-small-step-at-time approach. Her unmatched record and impact speak volumes about the efficacy of this method.

To follow are three of her many proven guidelines for those wishing to contribute in any way to sustainable social change:

When perusing her record as a lawyer and judge, you will recognize and appreciate the big picture views of RBG. Unlike street activists or online pundits, she took the long view. For example, when building momentum to help women defend themselves against bias, she chose to represent a man whose wife had died during childbirth. The man, wishing to dedicate himself as a homemaker and father, was denied caregiver Social Security benefits solely because he was a man.

Ruth argued this case in front of the Supreme Court where she not only received a unanimous victory but she also deftly introduced the all-male court to the previously unexplored world of sex-based discrimination.

“I did see myself as kind of a kindergarten teacher in those days because the judges didn't think sex discrimination existed,” she later explained.

2. Don’t Sabotage Yourself or Your Cause

RBG had a mindset diametrically opposed to what passes for “debate” today. She summed up it like this: “Fight for the things that you care about. But do it in a way that will lead others to join you.”

As someone who has engaged in a wide range of “social justice” avenues — writing, street activism, public talks, teach-ins, online clicktivism, etc. — it took me far too long to grasp what Ruth knew from Day One: “When a thoughtless or unkind word is spoken, best tune out. Reacting in anger or annoyance will not advance one’s ability to persuade.”

To repeat: Her unmatched record and impact speak volumes about the efficacy of her methods.

While at Harvard Law School, Ruth’s husband (also at Harvard Law School) was diagnosed with cancer. Each day, she would get him back and forth from his radiation treatments and then work to procure all the notes he needed from the classes he missed. Ruth would meticulously type up and organize these notes while also caring for their 14-month-old daughter and tending to her own onerous academic workload. All of this on two hours of sleep per night. For the record, Ruth made Harvard Law Review (and later Columbia Law Review).

If the “Notorious RBG” ever felt discouragement or hopelessness or even existential dread about the state of the society she worked so hard to improve, she didn’t show it in her public life. More importantly — and herein may lie her greatest legacy — she never allowed such despair to derail her mission.

Ruth Bader Ginsberg was our seer, our guide, a genuine role model, a bodhisattva walking among us. We owe it to her and to ourselves to do whatever we can to improve the lives of those within our individual communities — and to do that work with dedication, humility, focus, and grace.

If you take nothing else away from this article and from her heroic life, please aim to heed her suggestion, needed now more than ever: “You can disagree without being disagreeable.”

What RBG Taught Us About Justice by Mickey Z. is licensed under CC BY-SA 4.0