War to the Horizon... It's the American Way | Tom Engelhardt 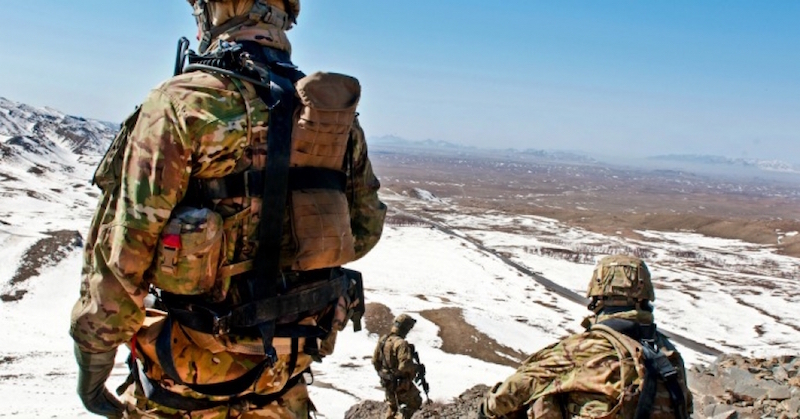 Let’s start with the conflict in Afghanistan, now regularly described as the longest war in American history. It began on October 7, 2001, and will soon reach its 15th “anniversary.” Think of it as the stepchild of America’s first Afghan War (against the Soviets), a largely CIA affair which lasted from 1979 to 1989.  Considered a major victory, leading as it did to the implosion of the Soviet Union in 1991, it also devastated Afghanistan and created close to the full cast of characters for America’s second Afghan War.

In reality, you could say that Washington has conducted a quarter-century-plus of warfare there (with a decade off). And in the Pentagon, they’re already talking about that war's possible extension well into the 2020s.

And then, of course, there’s Iraq. Where even to begin to count? You could start perhaps with the military aid and assistance that Washington gave Saddam Hussein in the eight-year war that followed his invasion of Iran in 1980, including crucial information that the Iraqis could use to target Iranian troops with their chemical weapons.

Or you could start with that victory of all victories, the first Gulf War of 1991, in which the U.S. military crushed Saddam’s troops in Kuwait, showed off the snazzy techno-abilities of the mightiest force on the planet... and er, um... somehow didn’t unseat the Iraqi ruler, leading to years of no-fly-zone air war until that second, ultimate victory, the 2003 invasion of Iraq, which led to... er, um... a disastrous occupation, various insurgencies, and finally the withdrawal of American forces in 2011 before... er, um... the Islamic State emerged triumphantly to smash the American-trained Iraqi army, taking over major cities, and establishing its “caliphate.”

That, of course, led to America’s third Iraq War (or is it the fourth?), still ongoing. In other words, at least a quarter-century of conflict and possibly more with no end in sight.

And don’t get me started on Somalia. Who, after all, doesn’t recall the 1993 Battle of Mogadishu (known here as the “Black Hawk down” incident)? Twenty-three years later, the United States is still bombing, missiling, and raiding that country which is, by now, a terror disaster zone.

Or Yemen, where the United States began its drone strikes back in 2002 and has never stopped as that country went over a cliff into civil war followed by a disastrous Saudi-led invasion that the United Stattes has backed in a major way, including supplying cluster bombs and white phosphorous to its forces.

And Libya? From the moment in 1986 when the Reagan administration sent in the U.S. air power to take out “terrorist training” sites in Tripoli and Benghazi, as well as the residence of the country’s autocratic ruler, Muammar Gaddafi, on and off hostilities continued until the NATO/U.S. air intervention of 2011. That, in turn, brought on not just the end of Gaddafi’s rule, but a failed state filled with actual terrorists.

Syria is, of course, a Johnny-come-lately to American war, since Washington has been bombing there for a mere two years, and Special Forces operatives only entered the country relatively recently.

And Pakistan barely counts: just 424 drone strikes over 12 years. A mere nothing when it comes to American warfare in this era. And as if to make the point about all this, just a few weekends ago, the United States launched bombing or missile strikes in six of those seven countries (skipping only Pakistan), all six now being either failed states or close to that.

It’s quite a record of unending warfare, largely against -- with the exception of Saddam Hussein’s military -- lightly armed insurgents and terror groups of various sorts in countries that are generally now verging on collapse or nonexistent.

If you’ve ever wondered how those inside the planet’s self-proclaimed mightiest military force assess their handiwork over these last 15 (or for that matter 50) years, it’s fortunately no longer necessary to guess. Thanks to TomDispatch’s Nick Turse and his latest piece, “Win, Lose, or Draw,” we now have a document from within that military which will answer your every question on war, American-style, even if those answers beg questions all their own.

Tom Engelhardt, co-founder of the American Empire Project, runs the Nation Institute's TomDispatch.com. His latest book is, Shadow Government: Surveillance, Secret Wars, and a Global Security State in a Single-Superpower World (with an introduction by Glenn Greenwald). Previous books include Terminator Planet: The First History of Drone Warfare, 2001-2050 (co-authored with Nick Turse), The United States of Fear, The American Way of War: How Bush's Wars Became Obama's, The End of Victory Culture: a History of the Cold War and Beyond, as well as of a novel, The Last Days of Publishing.  To stay on top of important articles like these, sign up to receive the latest updates from TomDispatch.com here.