View From My Fire Escape: Sparrows, Hayseeds, and a Magical Tree | Mickey Z. 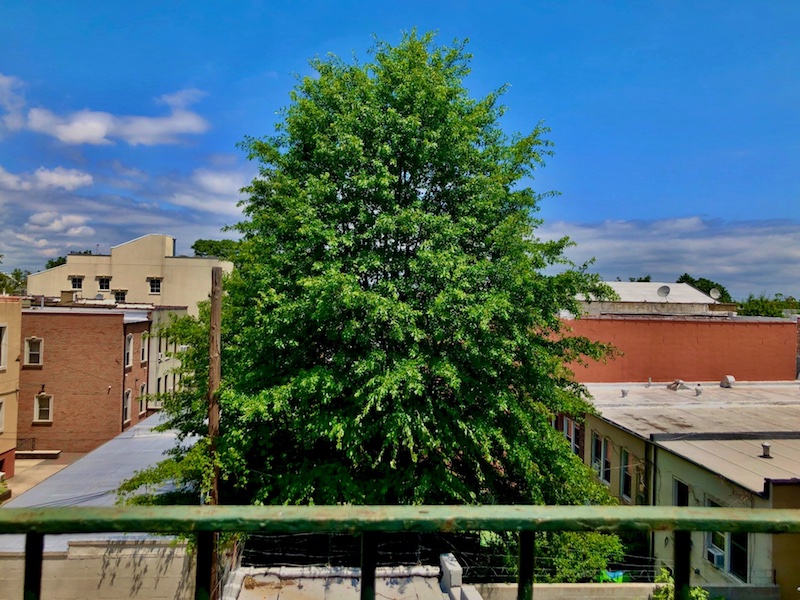 Whenever I catch a brief respite from an otherwise repressive summer (in terms of weather and vibe), I immediately get myself out on my fire escape for a little air: Astoria, Queens, New York City, USA air.

From my wrought iron perch, I am regularly treated to a wide range of urban bird companions. In these moments, I can’t help but imagine what it might have been like in pre-Industrial — hell, pre-Colombian — days. I’ve read tales of the sky being darkened for days by a single flock of birds. Sounds like another planet to me — and perhaps even to the birds I see now in the Astoria sky.

Common sightings for me include pigeons, starlings, sparrows, robins, blue jays, crows, and seagulls. Sometimes, I’ll catch a glimpse of a cardinal, a squawking flock of monk parakeets, or a formation of Canadian geese far overhead. On rare occasions, my humble neighborhood will play host to a raven, kestrel, or red-tailed hawk.

The mourning doves may be my favorites… 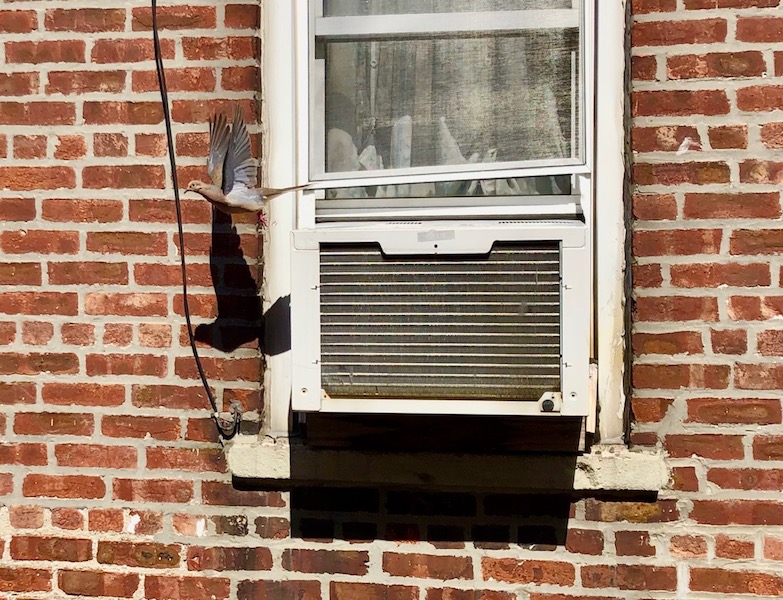 My most-plentiful feathered friends are the incredible sparrows. How they would chirp up a storm in the beautiful and resilient tree that stood just two backyards away. Proud parents zipped in and out of the branches to feed their young. The result was a symphony of cheeps, peeps, and (non-problematic) tweets.

Sparrows can live as long as 12 years.

If necessary, they can even swim.

Do you know how this durable species ended up in North America?

In 1851, the future founders of the Brooklyn Botanic Garden set free several pairs of the previously unknown European House Sparrow inside Brooklyn's immense Green-wood Cemetery. By picking hayseeds out of horse droppings from the carts used for funerals, these transplanted, tiny birds not only survived but thrived. They are today one of the continent's most ubiquitous and amazing creatures. (If you’ve ever been to one of my talks, you know that I will come back to this lesson.)

By the way, I called the tree beautiful because, well… look again at the photo up top.

When I moved into my current apartment back in 2006, an unexpected perk was having a majestic tree behind my new building. When I’d come home, almost immediately, I could see straight through my entranceway into my kitchen and a wall of green would be visible through the windows. This vision became the norm (but never taken for granted) for more than 6 years. Even throughout the harshest of winters, I appreciated her presence and grace. 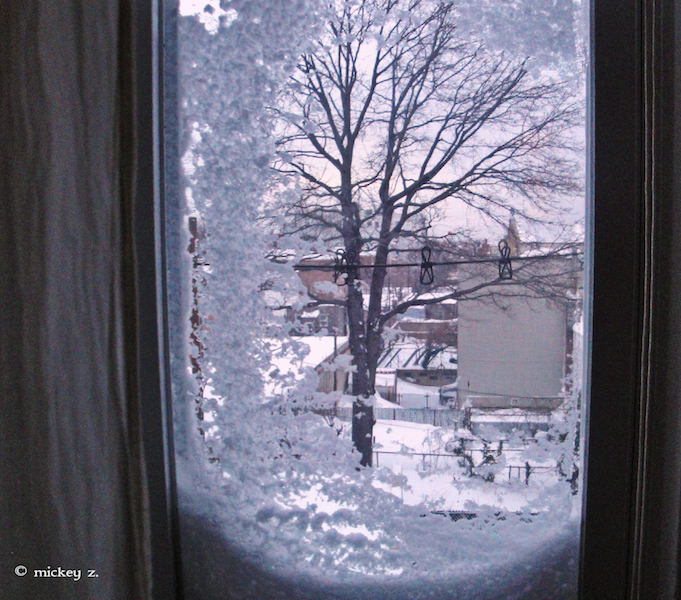 Why resilient, you wonder? Well, on Oct. 20, 2012, I walked in my door and instantly sensed that something was askew. More light than usual was streaming through my kitchen window! I rushed over to look and this is what I saw:

In a matter of seconds, I could discern that the woman who “owns” the tree had decided to have it removed. I grabbed my camera, tears streaming down my face, and climbed out onto my fire escape to document the slaughter. As I aimed and clicked, the hired hitman surveyed his handiwork — with a phallocentric weapon appropriately positioned. 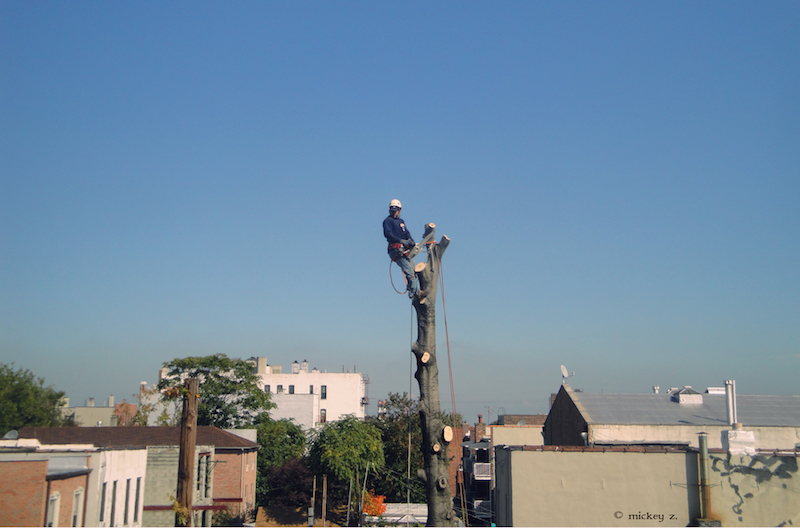 The men weren’t done until there was virtually nothing left. 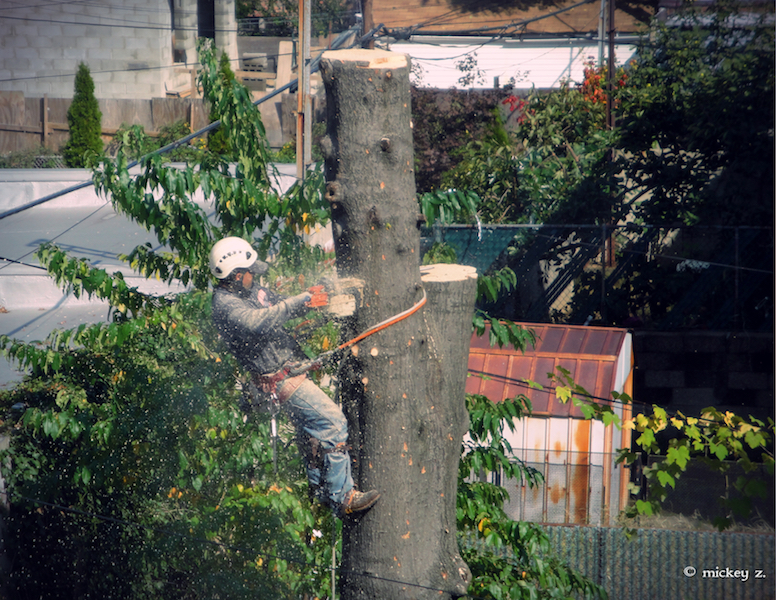 The next day, a confused squirrel was left to wonder what had become of not just a tree but an entire eco-system. It was a microcosmic glimpse at the relentless, male-dominated culture of death. 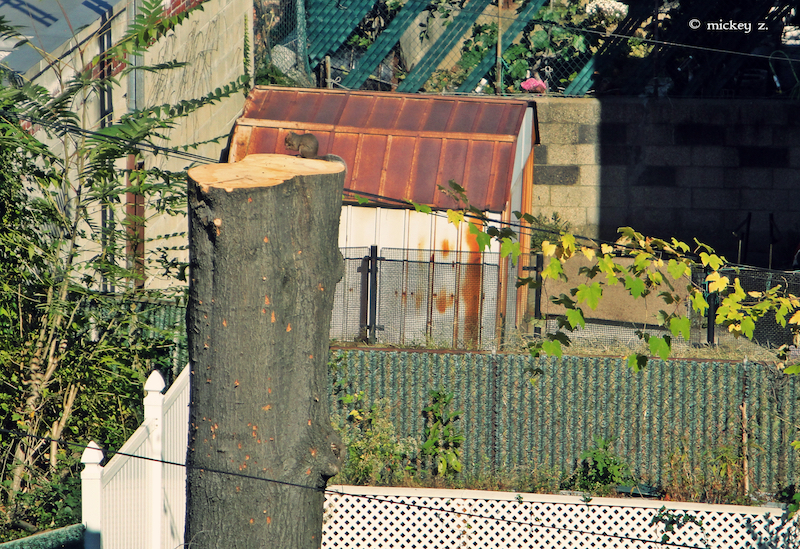 Plot twist: The image at the top of this article is not a memorial to my beloved tree. I took that photo on July 15, 2020. Reports of its demise, my friends, were greatly exaggerated.

During its last eight trips around the sun, this magnificent tree slowly, relentlessly rose again. Sparrows — descendants of those who picked hayseeds from horse droppings in Green-wood Cemetery 170 years ago — now make nests in the reanimated tree. I often watch them hunting for food and returning to those covert homes to feed the next generation.

While I swoon at the circle-of-life majesty, a pigeon lands very near to me on the fire escape… ready for her close-up: 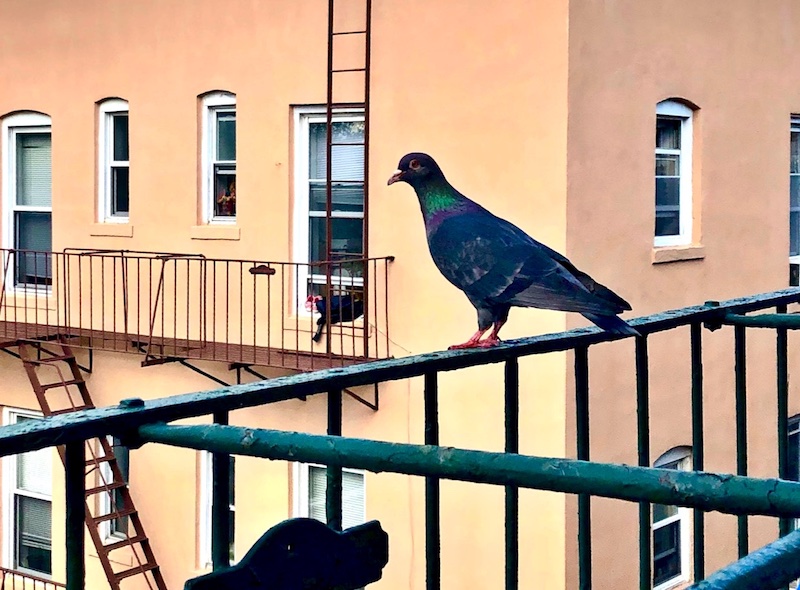 I oblige her with a photo as I ponder the lessons of the sparrows and the magical tree  — lessons more relevant than ever today. When all you’re fed is horse shit, it’s up to you to pick out the hayseeds that enable you to not only survive but to thrive.

What hayseeds can you discover in 2020?

View From My Fire Escape: Sparrows, Hayseeds, and a Magical Tree by Mickey Z. is licensed under CC BY-SA 4.0