Up Against the Wall, Motherf***er — Mickey Z. 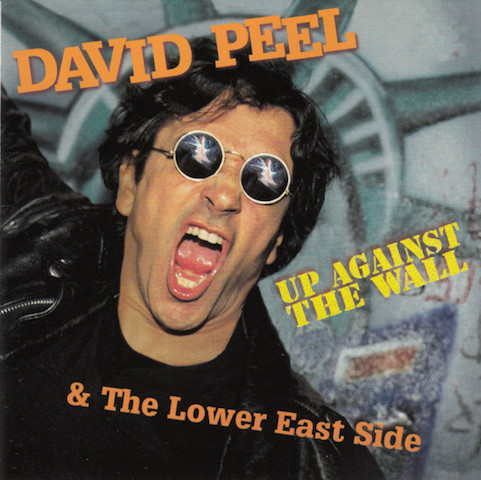 As a student at St. Patrick’s grammar school back in the day, I knew all about the concept of “patrol boys” — and, for the (sexist) record, I don’t recall any “patrol girls." At other schools across the nation, a patrol boy might typically help with street crossing. At St. Pat’s, they were basically toy cops. Please allow me to elaborate.

At lunchtime, all of us students were set free to burn off some of our pent-up energy. The street was blocked off in front of our school and that space was reserved for the seventh- and eighth-graders. Behind the building, in a schoolyard of sorts, the younger kids gallivanted. Sixth-grade boys — the oldest of the youngest — were given a chance to volunteer as patrol boys. They’d get cheesy badges and elastic sashes like the nerds in this ancient photo I found while searching online: 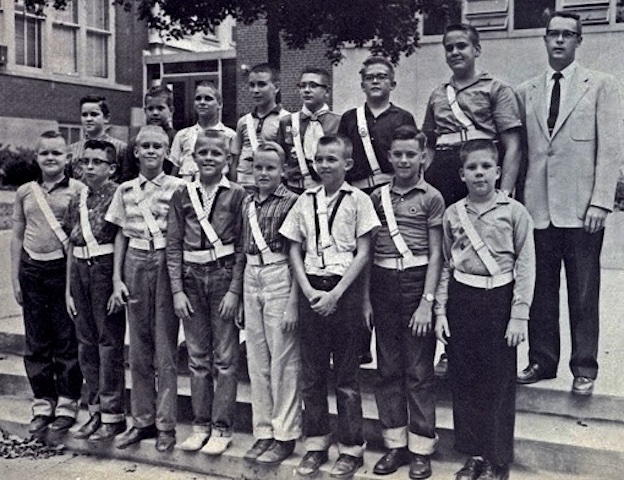 The job of the patrol boys was to spoil all the fun by creating a police state environment. They’d strut around and exert their power over smaller kids. Anyone deemed to be “misbehaving” would be warned. If they did not immediately shape up, they’d be told to get “up against the wall.” Even after the return-to-class lunch bell rang, those singled-out kids would have to stand there until they were taken inside by a teacher. Guilty without a trial. Punishment could range from 1000-word essays entitled “I will obey the patrol boys” to detention to having their parents called in. Simply put, patrol boys — operating safely out of sight from the older kids — were seen as ass-kissing narcs.

Having had a few “against the wall” moments ourselves, my friends and I were not interested in badges and elastic sashes upon reaching the sixth grade. But something temporarily changed our minds. My friend Frankie, a.k.a. “Lil’ Pri,” was the youngest of three brothers. His super-cool siblings served as our elders. They were role models to us and would often turn us on to pop culture content well beyond what was suggested for our age range. For example, this song by a band called David Peel and the Lower East Side:

Upon hearing the NYC street classic, I remarked: “This makes me wanna be a patrol boy, even just for an hour.” Frankie’s face broke into a wide smile and the next day, we volunteered our services as proof that we did indeed believe in law and order. We got badges. We got elastic sashes. We set out to “David Peel” the entire schoolyard.

Going out of our way to provoke fourth- and fifth-graders into conflicts, we’d then gleefully chant “Up against the wall, motherfucker!” You do this a few times and well… other kids will join in. How irresistible it was for them — wearing Catholic school uniforms while standing in the shadow of St. Patrick’s Church — to rebel in the form of mimicking their elders. Long story short: We were banished from the patrol boys, somehow managed to avoid detention, and the chant lived on in St. Pat’s yard for the rest of the school year. I’d call that “mission accomplished.” 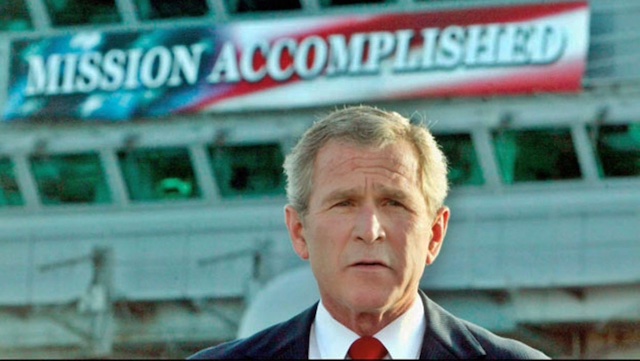 David Peel, according to the New York Times, was “a longtime New York street musician whose song ‘I Like Marijuana’ became a hippie anthem in the 1960s.” He was “an anarchist and marijuana evangelist,” equipped with “three guitar chords, a screaming vocal style and an endless stream of punchy, provocative lyrics aimed at the Establishment in all its forms.”

He was born David Michael Rosario to Puerto Rican parents but later choose “Peel” as his stage name. Legend has it this was in reference to the belief that smoking a banana peel could get you high. David Peel attained global notoriety in 1971. John Lennon and Yoko Ono, upon pulling up at Tompkins Square Park in their limo, saw Peel and his band in action. Lennon signed them on the spot to Apple Records and produced their 1972 album, The Pope Smokes Dope. “We loved his music, his spirit, and his philosophy of the street,” Lennon explained.

David Peel (left) with John Lennon and Yoko Ono at the John Sinclair Freedom Rally in 1971.

Fast-forward four decades. John Lennon is long gone. Cannabis is legal is many states. Yours truly is a pretty well-known NYC activist. And David Peel is still going strong laying down a soundtrack for (wait for it) Occupy Wall Street. He and his crew (featuring aging Lower East Side legends like Aron Kay, the “pie man”) were seen as elders for this new generation of rabble-rousers. Peel even updated and transformed his classic into (wait for it) “Up Against the Wall Street.”

In Zuccotti Park and elsewhere, I became close friends with many of the Occupy musicians — from the drum circle to the “Guitarmy.” I’d regularly see this boisterous older guy with his long hair dyed jet black singing and dancing and agitating so I asked about him. Steve, a guitarist friend, explained: “That’s David Peel, you know, the guy who—” I cut Steve off, assuring him I needed no further context. David and I were introduced. We chatted, I took his photo, and he instantly friended me on Facebook. From that moment on, he greeted me as “brother” whenever we crossed paths. The sixth-grader in me would swoon every time.

I remember marching with him and many others in the annual Cannabis Parade in 2013 when I finally decided to share my patrol boy story. Before I could say anything, however, another dude interrupted David to offer his own remembrance of being ostracized for singing Peel's radical songs. The rebellious rocker looked almost disappointed and replied with something like, “Do you know how many times someone has told me a story like that?” Embarrassment averted, I opted to not bore him with tales of badges and elastic sashes. 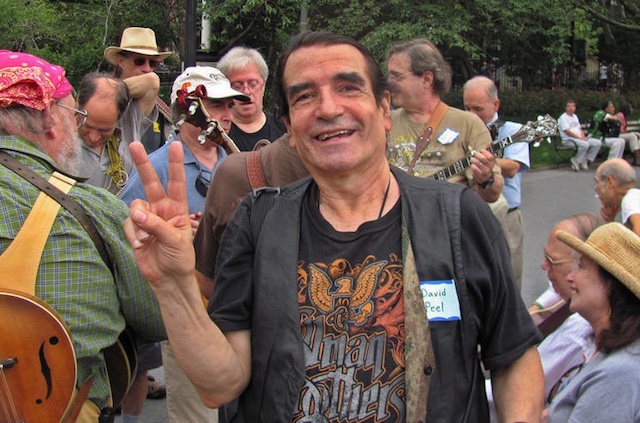 Occupy Wall Street eventually splintered into the wind without changing anything. I drifted away from the folly of street activism. David Peel, however, kept recording music and singing in downtown parks right up to the end. I got a message from Steve the guitarist in 2017 that David has passed away. The New York Times obituary declared: “He leaves no known survivors.” I must beg to differ…