Trump, Bernie, and the Cult of Personality — Mickey Z. 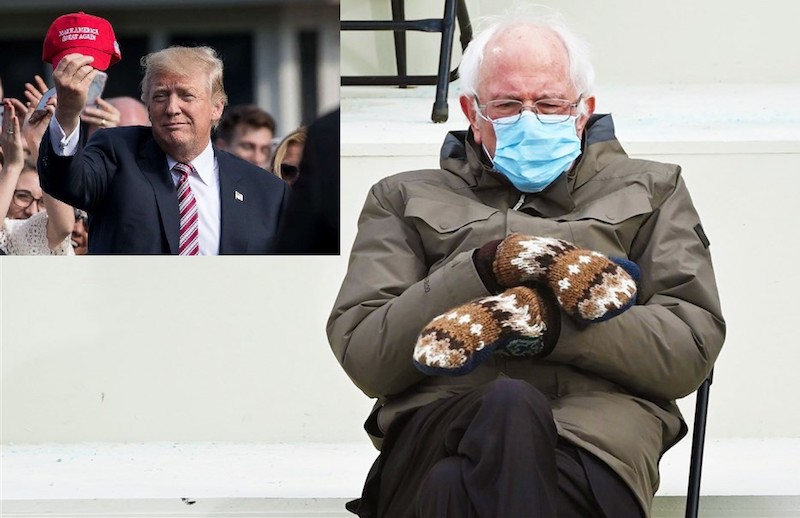 “I sell the things you need to be

I'm the smiling face on your T.V.

I exploit you, still you love me

I tell you one and one makes three

I'm the cult of personality"

The above lyrics are from a 1988 song called “Cult of Personality,” by Living Colour. These words help highlight one of mankind’s oldest paradigms: All throughout recorded history, small groups of humans — through might and/or manipulation — have managed to seize control of virtually all the resources. This creates an angry, frustrated, and powerless majority — desperately seeking scapegoat for their misery. It’s so cliché as to be boring. The next chapter of the blueprint is the emergence of a demagogue, as Living Colour sings:

Whether he represents the right (sic) or the left (sic), the populist channels some of the widespread rage by promising to smoke out and punish the guilty. Spoiler alert: The actual guilty parties are fine with this charade since it typically leaves them untouched and often unnoticed.

In other words, Trump’s red hat and Bernie’s wool mittens are merely two sides of the same well-worn coin. But thanks to the indoctrination we get from social media, this is enough to inspire legitimate tribalism. No issue is too small to inflate into a point of ugly and dangerous contention.

Think about it: If Trump showed up anywhere wearing mittens, he’d be mocked relentlessly by the “left.” If Bernie danced to “YMCA,” the MAGA crowd would crudely question his sexuality (while Sanders' sycophants would probably wet their pants). You see, when you’re dwelling in any cult-like echo chamber, the specifics do not matter. You’ve picked a side and now, your literal identity is at stake 24/7. This means you’ll twist yourself into a pretzel to defend your hero’s behavior. This just in: It may comfort you to look down your nose at the "other" side but you are all brethren when it comes to groupthink. 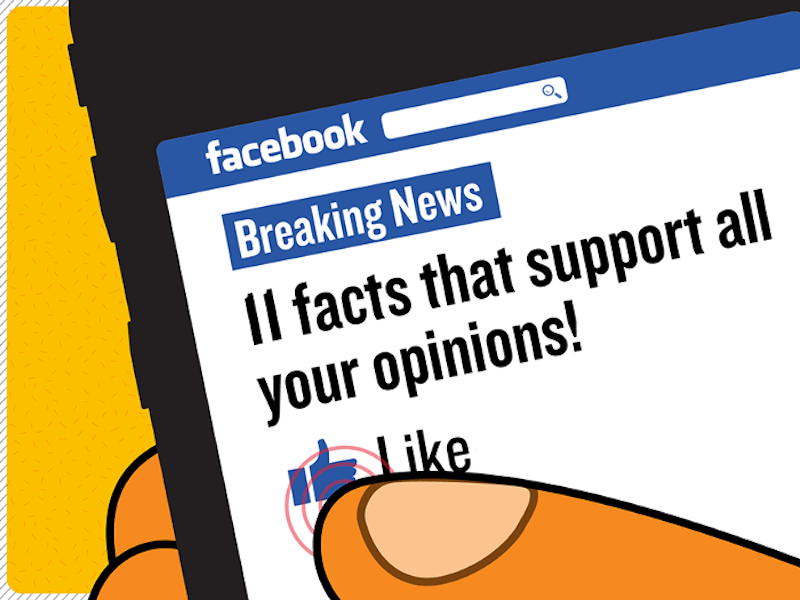 Except for the ever-increasing efficiency of the technology, none of this cult of personality/two-party stuff is new. Back in 2008, when Obama was first running for president, I had little schtick I’d do at many of my public talks. (Keep in mind, a big chunk of my audiences swung to the “left.”) Anyway, I’d provide this “public service announcement”:

“Before I begin, I’d like to offer you good people some of the many reasons why you should not vote for John McCain in the upcoming presidential election. Here goes: He’s raised twice as much money from Wall Street than his opponent. He voted for every Iraq war appropriation bill he faced. (the crowd is nodding and even snickering, eating up the confirmation bias) He refused to be photographed with San Francisco’s mayor for fear it would be interpreted that he supported gay marriage. (angry sounds and facial expressions) He voted against single-payer health care. He supports the death penalty, the Israeli war machine, and the fence on the U.S.-Mexico border. (deep sighs of disdain) He voted to confirm Condoleezza Rice as Secretary of State and to reauthorize the Patriot Act.” (I take a dramatic pause for effect) Oops…my bad, I read the wrong notes. Those are some of the many reasons why you shouldn’t vote for Barack Obama in the upcoming presidential election! I just keep getting these guys mixed up!”

Nervous laughter. Some angry reactions. Later, there would be many futile emails and messages questioning the veracity of the statements I made about their hero. Meanwhile, back at the talk, I wasn’t done yet. I’d finish up the two-party bit by adding: “No matter who you like, I truly believe that either McCain or Obama will help make this country what it once was: (long pause to build anticipation) an arctic region covered with ice.” (insert rim shot here)

Was it always like this? Short answer: Yes. By way of a longer answer, here's a brief history lesson: When Grover Cleveland (Democrat) was elected president in 1884, Robber Baron Jay Gould wired him: “I feel that the vast business interests of the country will be entirely safe in your hands.” For anyone wondering if Gould was right, bear in mind that one of Cleveland’s chief advisers was William Whitney, a millionaire corporate lawyer who married into the Standard Oil fortune.

Four years later, Cleveland was succeeded by Benjamin Harrison (Republican), a man whose main qualification was working for the railroads as a lawyer and soldier. Prior to his election, Harrison prosecuted railroad strikers in federal courts. Still, he was bumped out of the White House in 1892 when Grover Cleveland (still a Democrat) reclaimed his throne.

In light of this development, Robber Baron Andrew Carnegie received a letter from the manager of steel plants, Robber Baron Henry Clay Frick. “I am sorry for President Harrison,” Frick wrote, “but I cannot see that our interests are going to be affected one way or the other by the change in administration.” Right on cue, President Cleveland used U.S. troops to attack and break up “Coxey’s Army,” a demonstration of unemployed men who had come to Washington to protest (so, all you out-of-work loafers, don’t get any ideas).

Take-home message: Each and every one of us has been and continues to be subjected to deviously designed technology and it just keeps getting more effective. As a result, we walk around with our finger on the proverbial (or literal) trigger — ever ready to strike back at anyone who appears to be challenging the identity we’ve been programmed to embrace as our own. Meanwhile, the puppetmasters remain virtually invisible... as their power accrues.

It doesn’t have to be like this. Genuine, sustainable change will never come from the top down. No one in power will ever help you usurp that power. As Noam Chomsky urges: “We shouldn’t be looking for heroes, we should be looking for good ideas.”

Here are a few “good ideas” for starters: Take a long break from your devices, tune out the conditioning (past and present), resist the cult of personality, and rediscover the subversive pleasure of thinking for yourself. Pro tip: No red hats or woke mittens required.