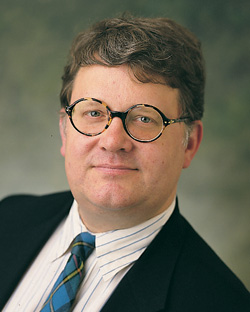 I reported here and here on former Pentagon General Counsel William J. (“Jim”) Haynes II, his covert war against the JAG Corps, and the focal role played by the torture issue in this process. Haynes may have gone off to do lawyering for Chevron Inc., but it seems that as he leaves there is rising interest in getting him to account for his dealings at the Pentagon. The three lawyers who played the most central roles in the process of introducing torture techniques were David Addington, Jim Haynes, and John Yoo.

At least until Philippe Sands’s long-awaited book, The Torture Team, hits the stands, the internal story is still not sufficiently developed to narrow the field to the single key administration lawyer. But while the gregarious Mr. Yoo continues to insert himself into the limelight and is now the best-known, it’s clear that his role is subsidiary to that of Haynes and Addington. And Haynes’s role in advocating the decisive Rumsfeld December 2, 2002 order and other documents may yet yield for him the dubious distinction of being the lead torture lawyer.

Over the last four days I’ve shared notes several times with Newsweek’s Michael Isikoff, who tells me he senses a distinct gathering of storm clouds around Haynes. On Sunday, Isikoff reported that Haynes had lawyered up, hiring a prominent criminal defense attorney to advise him. Here’s the Isikoff report:

With little advance notice, Pentagon general counsel William Haynes quietly resigned at the end of February to take a top legal job at Chevron. But Haynes, a close ally of Vice President Dick Cheney, remains a key figure in a sweeping Senate probe into allegations of abuses to detainees in Defense Department custody.