The Murder of the ‘Menacing’ Water Technician: On the Shadow Wars in the West Bank | Ramzy Baroud 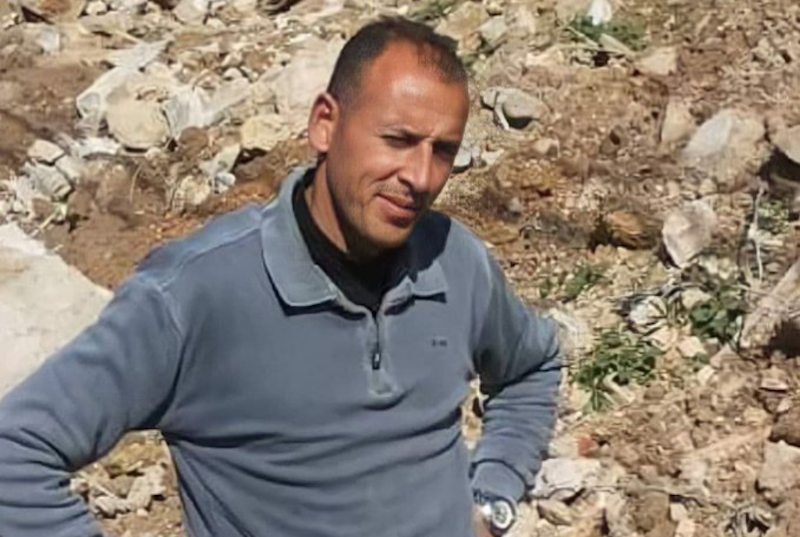 There is an ongoing, but hidden, Israeli war on the Palestinians which is rarely highlighted or even known. It is a water war, which has been in the making for decades.

On July 26 and 27, two separate but intrinsically linked events took place in the Ein al-Hilweh area in the occupied Jordan Valley, and near the town of Beita, south of Nablus.

In the first incident, Jewish settlers from the illegal settlement of Maskiyot began construction in the Ein al-Hilweh Spring, which has been a source of freshwater for villages and hundreds of Palestinian families in that area. The seizure of the spring has been developing for months, all under the watchful eye of the Israeli occupation army.

Now, the Ein al-Hilweh Spring, like most of the Jordan Valley’s land and water resources, is annexed by Israel.

Less than 24 hours later, Shadi Omar Salim, a Palestinian municipal employee, was killed by Israeli soldiers in the town of Beita. The Israeli army quickly issued a statement which, expectedly, blamed the Palestinian for his own death.

The Palestinian victim approached the soldiers in a “menacing manner,” while holding “what appeared to be an iron bar,” before he was gunned down, the Israeli army claimed.

If the “iron bar” claim was true, it might be related to the fact that Salim was a water technician. Indeed, the Palestinian worker was on his way to open the pipes that supply water to Beita and other adjacent areas.

Beita, which has witnessed much violence in recent weeks, is facing an existential threat. An illegal Jewish settlement, called Givat Eviatar, is being built atop the Palestinian Sabih Mountain, in Arabic, Jabal Sabih. As usual, whenever a Jewish settlement is constructed, Palestinian life and livelihood are threatened. Thus, the ongoing Palestinian protests in the area.

The struggle of Beita is a representation of the wider Palestinian struggle: unarmed civilians fighting against a settler-colonial state that ultimately wishes to replace a Palestinian village or town with a Jewish settlement.

There is another facet to what may seem a typical story, where the Israeli army and Jewish settlers work together to ethnically cleanse Palestinians: Mekorot. The latter is a state-owned Israeli water company that literally steals Palestinian water and sells it back to the Palestinians at an exorbitant price.

Unsurprisingly, Mekorot operates near Beita as well. The Palestinian worker, Salim, was killed because his job of supplying water to the people of Beita was a direct threat to Israeli colonial designs in this region.

Let us put this in a larger context. Israel does not just occupy Palestinian land, it also systematically usurps all of its resources, including water, in flagrant violation of international law which guarantees the fundamental rights of an occupied nation.

The occupied West Bank obtains most of its water from the Mountain Aquifer, which is divided into three smaller aquifers: the Western Aquifer, the Eastern Aquifer and the North-Eastern Aquifer. In theory, Palestinians have plenty of water, at least enough to meet the minimally-required water allotment of 102-120 liters per day, as recommended by the World Health Organization (WHO). In practice, however, this is hardly the case. Sadly, most of the water in these aquifers is appropriated directly by Israel. Some call it “water capture”; Palestinians call it, more accurately, “theft.”

While in Israel the daily per capita water consumption is estimated at 300 liters, illegal Jewish settlers in the West Bank consume more than 800 liters per day. The latter number becomes even more outrageous if compared to the meager amount enjoyed by a Palestinian, that of 70 liters per day.

This problem is accentuated in the so-called "Area C" in the West Bank, for a reason. "Area C" consists of nearly 60 percent of the total size of the West Bank and, unlike "Areas A" and "B," it is the least populated. It is mostly fertile land and it includes the Jordan Valley, known as the "breadbasket of Palestine."

Despite the fact that the Israeli government had, in 2019, decided to postpone its formal annexation of that area, a de facto annexation has been in effect for years. The illegal appropriation of the Ein al-Hilweh Spring by illegal Jewish settlers is part of a larger stratagem that aims at appropriating the Jordan Valley, one dunum, one spring, and one mountain at a time.

Of the more than 150,000 Palestinians living in "Area C," nearly 40 percent -- over 200 communities -- suffer from “severe shortage of clean water.” That shortage can be remedied if Palestinians are allowed to drill new wells, expand current ones or to use modern technologies to allocate other sources of freshwater. Not only does the Israeli army prohibit them from doing so, even rainwater is off-limits to Palestinians.

“Israel even controls the collection of rainwater throughout most of the West Bank and rainwater harvesting cisterns owned by Palestinian communities are often destroyed by the Israeli army,” an Amnesty International report, published in 2017, concluded.

Since then, the situation became even worse, especially since the idea of officially annexing a third of the West Bank obtained widespread support in the Israeli Knesset and society. Now, every move made by the Israeli army and Jewish settlers in the West Bank is directed towards that end, controlling the land and its resources, denying Palestinians access to their means of survival and, ultimately, ethnically cleansing them altogether

The Beita protests continue, despite the heavy price being paid. Last June, a 15-year-old boy, Ahmad Bani-Shamsa, was killed when an Israeli army bullet struck him in the head. At the time, Defense for Children International-Palestine issued a statement asserting that Bani-Shamsa did not pose any threat to the Israeli army.

The truth is, it is Beita that is under constant Israeli threat, as well as the Jordan Valley, "Area C," the West Bank and the whole of Palestine. The protest in Beita is a protest for land rights, water rights and basic human rights. Bani-Shamsa and, later, Salim, were killed in cold blood simply because their protests were mere irritants to the grand design of colonial Israel.

The irony of it all is that Israel seems to love everything about Palestine: the land, the resources, the food and even the fascinating history, but not the indigenous Palestinians themselves.