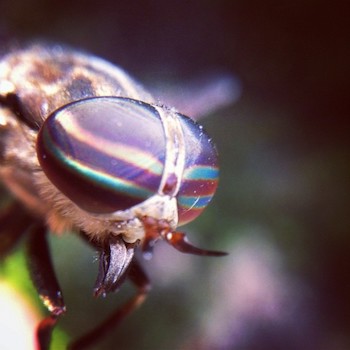 You can see where this Mueller thing is going: to the moment when the Golden Golem of Greatness finally swats down the political horsefly that has orbited his glittering brainpan for a whole year, and says, “There! It’s done.”

It suggests that Civil War Two will end up looking a whole lot more like the French Revolution than Civil War One. The latter unfurled as a solemn tragedy; the former as a Coen Brothers-style opéra bouffe bloodbath. Having executed the presidential swat to said orbiting horsefly, Trump will try to turn his attention to the affairs of the nation, only to find that it is insolvent and teetering on the most destructive workout of bad debt the world has ever seen. And then his enemies will really go to work. In the process, they’ll probably wreck the institutional infrastructure needed to run a republic in constitutional democracy mode.

They got a good start in politicizing the upper ranks of the FBI, a fatal miscalculation based on the certainty of a Hillary win, which would have enabled the various schemers in the J. Edgar Hoover building to just fade back into the procedural woodwork of the agency and get on with life. Instead, their shenanigans were exposed and so far one key player, Deputy Director Andrew McCabe, was hung out to dry by a committee of his fellow agency execs for lying about his official conduct. Long about now, you kind of wonder: is that where it ends for him? Seems like everybody else (and his uncle) is getting indicted for lying to the FBI. How about Mr. McCabe, since that is exactly why his colleagues at the FBI fired him?

Perhaps further resolution of this murky situation awaits Inspector General Michael Horowitz’s forthcoming report, which the media seems to have forgotten about lately. An awful lot of the mischief at the FBI and its parent agency, the Department of Justice, is already on the public record, for instance, the conflicting statements of Andrew McCabe and his former boss James Comey concerning who illegally leaked what to the press. On the face of it, it looks pretty bad when at least one of these Big Fish at the top of a supposedly incorruptible agency is lying. There are at least a dozen other Big Fish in there who still have some serious "splainin" to do, and why not in the grand jury setting?

Nobody knows where the current Attorney General, Jeff Sessions, is in all this -- and “is” may be too strong a word to describe his wraith-like tenure this past year. He seems less present than the portraits of his dead predecessors lining the hallway outside his office, considering the lively swirl of allegations all around him. Well, he did appoint yet another special counsel, an obscure U.S. Attorney from Utah, John Huber, to evaluate several heaps of FBI dirty laundry, most particularly the strange and baffling treatment that Hillary Clinton has received in the matter of the Steele Dossier, the email server inquiry dropped by Comey, and the 2012 Uranium One incident that abracadabra’d about $150 million (from wealthy Russians!) into the Clinton Foundation coffers while she was Secretary of State. Mr. Huber is charged to follow up anything the Inspector General discovers to be a possible breach of the law.

But it’s finally back to Mr. Mueller, the zeppelin-sized horsefly circling the head of state. There was that Russia thing that set off the awful commotion in the FBI, which arose first in the charge that the newly-appointed National Security Advisor had a couple of conversations with the Russian ambassador during the presidential transition period. The President-elect’s furious adversaries managed to put across the story that American officials are not supposed to talk to ambassadors from foreign countries, which is about the most absurd proposition imaginable -- except in a land where school kids are taught nothing about government or history.

Anyway, Mr. Flynn was not even indicted for that, but rather for supposedly lying about it to a delegation of interrogators from Mueller’s office. My guess is that Mr. Trump will sack Mr. Mueller when the IG’s report comes out and the shady machinations that brought Mueller onto the scene are revealed in full. The #Resistance will lose its avatar and impeachment will become the sole campaign issue for November 2018.

James Howard Kunstler is the author of many books including (non-fiction) The Geography of Nowhere, The City in Mind: Notes on the Urban Condition, Home from Nowhere, The Long Emergency, and Too Much Magic: Wishful Thinking, Technology and the Fate of the Nation. His novels include World Made By Hand, The Witch of Hebron, Maggie Darling — A Modern Romance, The Halloween Ball, an Embarrassment of Riches, and many others. He has published three novellas with Water Street Press: Manhattan Gothic, A Christmas Orphan, and The Flight of Mehetabel