The Hitchhiker’s Guide to… Something — Mickey Z. 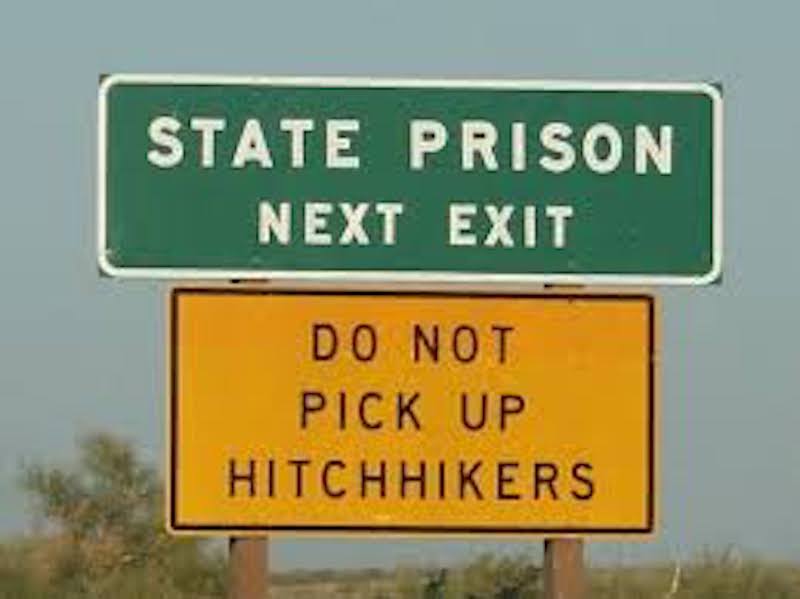 Growing up in a blue-collar, working-class environment set the stage for non-stop masculine conditioning in my youth. This, in turn, made me and my friends bizarrely aware of, yet somehow oblivious to, the relentless threat of older males in our lives. We rarely, if ever, discussed it. These days, I find myself replaying episodes from my youth and a) marveling at what we casually accepted as normal and b) being quite grateful and astonished that I’m still around to talk about it all.

Most recently, a story that resonated with me had to do with hitchhiking to Paramus, New Jersey to spend the day at a long-defunct “bathing beach” called The Old Mill. Sort of a man-made beach/swimming pool — we loved it for the extra high diving board (see photo below). Truth be told, it was an awesome destination for a bunch of bored, broke, asphalt-dwelling punks. 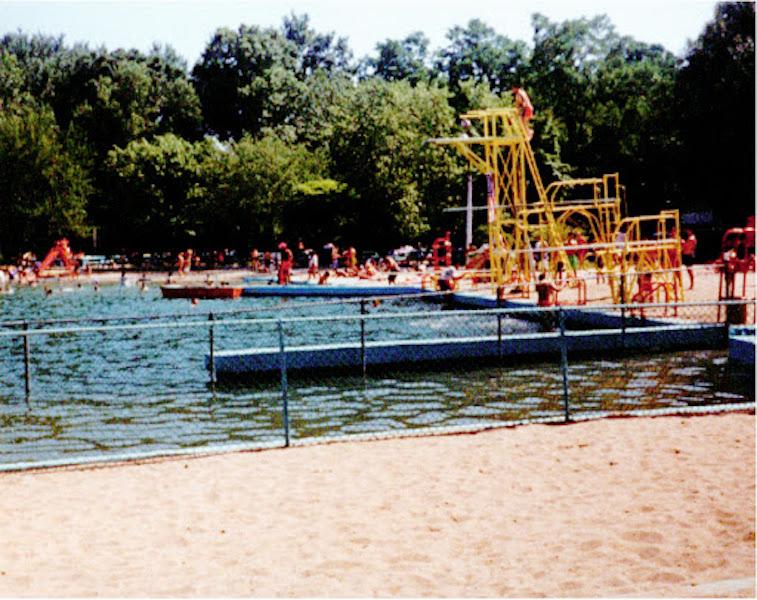 The Old Mill in its glory days (credit unknown)

Summer vacation had arrived and I was standing around with a bunch of friends with nothing to do. This meant: We were too young and too poor to have many options. On this particular day, there were four of us. Me and Tommy (both 14) along with Frank (16, maybe 17) and a charismatic 16-year-old dude we all called Ratt (I recently wrote about him here).

It was mid-morning at the local schoolyard when Ratt told us about The Old Mill — a place he went with his family a few years earlier. It wasn’t until we were all completely sold on going that Ratt added in the key point: The Old Mill was located in Paramus, NJ. (For the record, we were having that conversation in the Long Island City/Astoria area of Queens, NYC.)

He waited for us to moan in collective disappointment before suggesting: “We can hitchhike there. It’s easy. I’ve done it. Old dudes pick up young guys like us all the time. They like having us in their car.”

None of us remotely questioned this concept. Instead, we each ran home to get our bathing suits and lied to our mothers about going to Astoria Pool. Within 15 minutes, the four of us were standing on Northern Boulevard with a bathing suit and small towel in one hand and the other hand outstretched — thumb first.

In a matter of minutes, a guy driving an eighteen-wheeler slowed down and pulled over. We all got in and let Ratt do most of the talking. I remember worrying that the truck driver seemed ridiculously tired and distracted so it was a relief when he dropped us off a block or two before the George Washington Bride (spanning the Hudson River from NY to NJ).

“Back to work, boys,” Ratt laughed and out went our thumbs. I saw an older white dude driving a beat-up sedan watching from the other side of the road. He must’ve pulled some fancy maneuvers to make it happen but the next thing I knew, he was parked right in front of us.

“Hey,” I began, “this guy just —” Nobody wanted to hear me so I was shushed while Ratt again did all the talking. The driver carefully eyed all of us but his gaze remained longest on Tommy. When Ratt asked how close he could get us to The Old Mill, the guy just smiled and said: “I’ll bring you boys all the way there.”

“What are ya waiting for?” Ratt yelled to us as he opened the front door. “This gent is giving us door-to-door service!” The car was loaded with boxes and stuff — mostly in the back seat. So it ended up like this: Tommy sat right next the very happy driver (“It’s easier for a smaller guy to fit in the middle,” the creep explained). Ratt got the window seat in the front. In the back, Frank pushed me in to get squeezed next to the boxes so he could lean against the window and nod off. The driver peeled away from the curb and I looked up to see a sign for the bridge and New Jersey. I started feeling guilty for lying to my Mom. 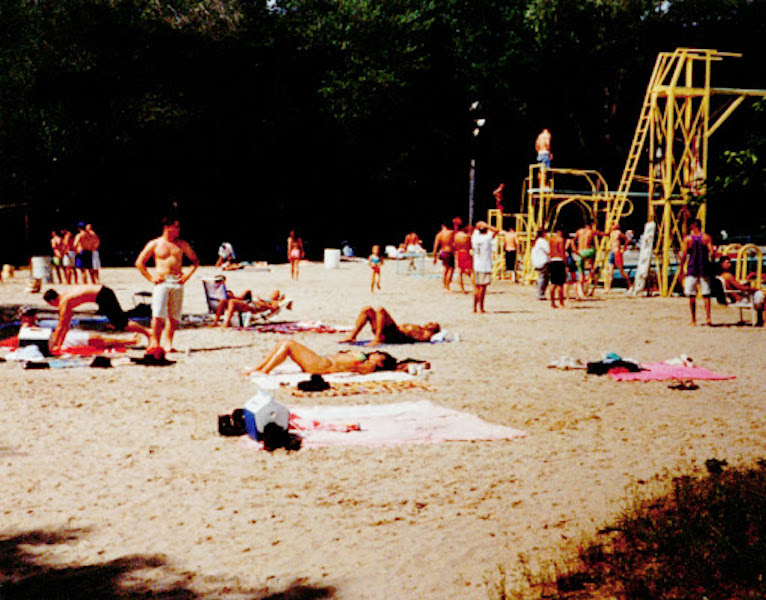 Let’s take a second to review what none of us reviewed at the moment. Four teenage boys were squeezed into an old car being driven by a strange man who risked having an accident just to be in position to pick us up. As we headed across state lines, our loved ones thought we were splashing around the local city pool and would be home in a couple of hours.

If our driver had produced a gun and forced us somewhere, it would’ve taken a long, long time for anyone to ever figure out what happened to us. No cell phones. No “security” cameras on every corner and bridge and toll booth. We’d be local headline news for a couple of days and then we’d be a footnote to everyone except our friends and family.

Back to the drive: Once we were Jersey, Frank was out like a light and I couldn’t hear much of the front seat conversation thanks to Ratt’s open window and the staticky AM radio. When we eventually got to a red light on a quieter side road, I learned about “the plan.”

It seems Mr. Driver wanted to drop me, Ratt, and Frank at the pool. He asked Tommy to ride with him to his house — which he swore was “nearby.” He needed his “muscles” to help move “something heavy.” Mr. Driver promised to pay Tommy and drive him right back to The Old Mill when the manual labor was done.

None of us had money, ever. The promise of cash often lured us into some questionable, even illegal choices. So, it’s no surprise that Tommy gave an automatic “yes” to this suggestion. That’s when I noticed Ratt’s usually impish grin vanish. He looked serious as he nodded his head. A little later, we discovered he was hatching his own scheme. 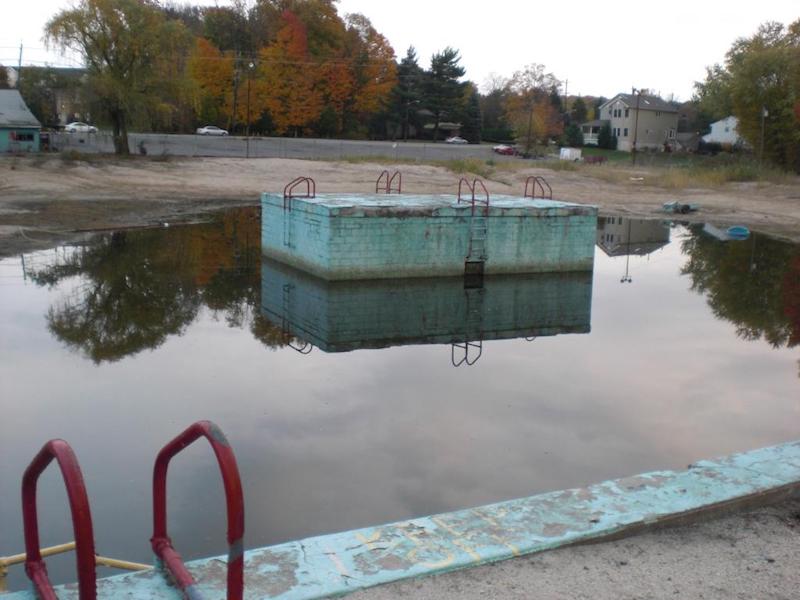 The Old Mill, as it looks today (credit unknown)

We reached The Old Mill. I shook Frank to wake him and got a smack for it. We both got out and stretched our legs. Ratt jumped out and pulled us aside while Mr. Driver chatted up Tommy in the front seat. The whole time, Ratt held the passenger door open with his right hand.

“Listen,” Ratt whispered. “You guys go in. I ain’t leaving him alone with this perv. I’ll go with them, make sure everything’s on the level, and we’ll be back here in no time with money for everyone’s lunch.”

This was officially the first time during the entire trip that I accepted the possibility that Mr. Driver was indeed a sexual predator and we may never see Tommy again. I suddenly understood why Ratt was holding the car door open while talking to us. We just stared at him but he shooed us off.

Me and Frank walked off to sneak into the “bathing beach.” We hadn’t even gotten into the water before we saw Ratt and Tommy also inside and running towards us. This is basically how Ratt explained things:

“I told the perv I was going, too, since I was bigger and could be more helpful with moving stuff. He freaked the fuck out and tried everything to talk me out of it. He said he couldn’t afford to pay both of us. I told him he didn’t have to pay me. I’d help for free in return for the ride. Dude sat there and thought for a minute and then said, ‘Never mind. I’ll get someone else to help.’”

Within thirty seconds, we dropped the topic and never talked about it again. We had more important things on our minds — like the high diving board we had just literally risked our lives to experience.

Coda: After spending way too long at The Old Mill that summer day, we went right back to hitchhiking to get home. A trucker drove us from the pool to the highway and then a second trucker took us directly into Manhattan where we were dropped off at Times Square. (Ratt sat next to both truckers this time.) We went down into the subway station during the evening rush. Ratt held open the wooden door that used to be next to the turnstiles. Four punks strolled in, took the old RR train back to Astoria, and got screamed at by our parents for being late for dinner.