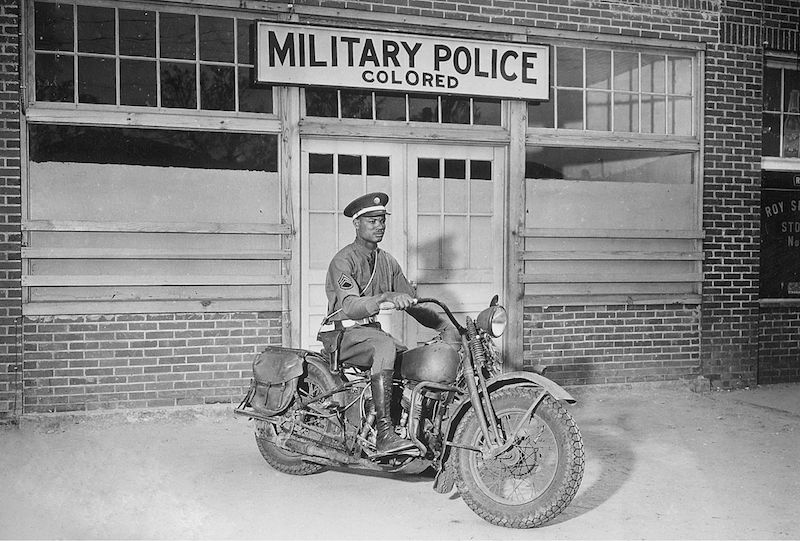 Reminder: The U.S. military that fought against fascist white supremacy ("Antifa," if you will) during the Second World War was segregated.

Army Chief of Staff General George S. Marshall bellowed during the "good" war: “Quit catering to the negroes’ desire for a proportionate share of combat units. Put them where they will best serve the war effort.”

This usually meant driving trucks, loading cargo, or working as orderlies and mess boys. Their situation is best summed up by one particular spokesman for a West Coast aviation plant: “The Negro will be considered only as janitors and in other similar capacities. Regardless of their training as aircraft workers, we will not employ them.”

The black men who did see battle were not offered any respite from racial oppression. “When troops were jammed onto the Queen Mary in early 1945 to go to combat duty in the European theater," wrote historian, Howard Zinn, "the blacks were stowed down in the depths of the ship near the engine room, as far as possible from the fresh air of the deck, in a bizarre reminder of the slave voyages of old.”

During the war, blood plasma collected from black soldiers was separated from that of white soldiers. This was done by the Red Cross -- with the approval of the U.S. government -- to avoid the “mongrelization of the white race.” In a cruel irony, the American blood bank system had been developed by a black physician, Charles Drew, who was initially put in charge of wartime donations. Drew was later fired when he spoke out against blood segregation.

Those who survived the fighting in one piece might later face “miscegenation laws” that prevented black veterans who had married whites overseas (or white soldiers who had married Asians) from returning to the United States. At the end of the Second World War,15 states still had such laws on the books. 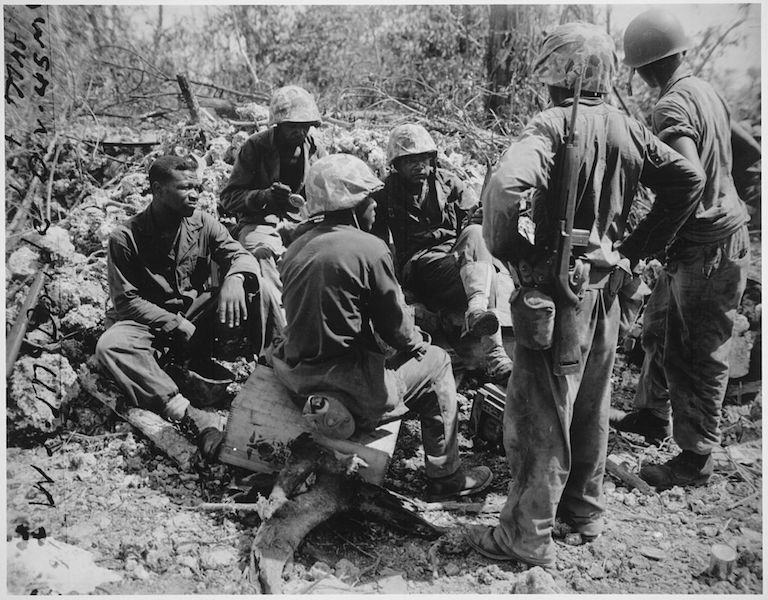 Such institutional racism did not stand unopposed in the land of the free.

A. Philip Randolph was head of the Brotherhood of Sleeping Car Porters, an all-black union. Trained as a Shakespearean actor, Randolph was a gifted orator who spoke out against U.S. involvement in World War I and later played a major role in fighting discrimination during World War II. After Randolph warned FDR that he’d lead a massive, unprecedented protest march on Washington, the president issued an executive order on June 25, 1941, that barred discrimination not only in defense industries but all federal bureaus, too. This order created the Fair Employment Practices Committee.

However, it wasn’t until after the war that Randolph and others were finally able to persuade President Harry Truman to integrate the armed forces. That executive order was not issued until July 26, 1948.

In the 1940s, America’s “greatest” generation fought a “Good War” with a segregated army.

In 2020, America’s latest generation will still not accept that black lives matter, too.