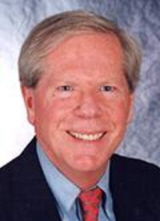 When the neocons launched the Bush administration’s invasions of Afghanistan and Iraq and announced plans for invading Syria and Iran, I labeled Bush, Cheney, Rumsfeld, Wolfowitz, and Rice “the five Morons.” With the passage of time I see that I over-estimated their mental capabilities.

The “cakewalk” war has now lasted longer than World War II with Nazi Germany, and no end is in sight. It has cost the U.S. taxpayers $310 billion in out-of-pocket costs with many additional hundreds of billions coming due in veterans’ medical bills and other expenses yet to be paid.

To carry on the pointless war, which has achieved nothing but death, destruction, and hatred of America, Bush has had to call up inactive reserves who long ago completed their active duty service to their country and have managed to get on with their lives. It is well known that the older one gets the harder it is to find employment or the energy to restart a mothballed business. But Bush is too busy saving us from terrorism to care about people’s lives.

Despite the lack of U.S. troops and Bush’s inability to prevail in Afghanistan and Iraq, neocons in Bush’s government are working around the clock to instigate war with Iran and Syria.

I thought that I had Rumsfeld pegged as the complete dolt, but I was stunned when I read Associated Press reporter Robert Burns account of what Rumsfeld told 200 Navy aviators in a question and answer session at Fallon Naval Air Station on Aug. 28. “The thing that keeps me up at night,” said Rumsfeld, is the success of terrorist groups in “manipulating the media.”

Rumsfeld told the pilots that terrorists “are actively manipulating the media in this country” by falsely blaming U.S. troops for civilian deaths in Iraq and Afghanistan. All that “collateral damage” we hear about, the tens of thousands of dead and maimed civilians, is just terrorist propaganda. “The enemy lies constantly . . . and with impunity. . . . The enemy is so much better at communicating.” Rumsfeld made similar remarks to the Veterans of Foreign Wars convention in Reno, Nevada, where he was presented the Dwight D. Eisenhower Distinguished Service Award. Eisenhower must be rolling over in his grave.

Now I get it. When Fox News’ Sean Hannity and Bill O’Reilley assured us that Saddam Hussein had weapons of mass destruction that would be used against us if we didn’t strike first, they were being manipulated by Osama bin Laden, who used America to get rid of the secular Saddam Hussein and to create a new training and recruitment ground for al Qaeda and fundamentalist fanatics.

When the New York Times let Judith Miller serve as a propagandist for war with Iraq, the Times was being manipulated by Muslim terrorists, not by neocons.

When CNN, the networks and columnists like Ann Coulter and Michelle Malkin reassure us that we will win the war unless we pull out prematurely, they are being manipulated by terrorists. Finally I understand what the Weekly Standard, National Review, the Wall Street Journal editorial page, AEI, and the online site Frontpage are all about.

The terrorists are so clever at manipulation that Americans cannot perceive that we have been sucked deep into a war that is creating the Islamic fundamentalism that we so desperately fear.

Obviously, I misjudged Rumsfeld’s intelligence. Anyone who can figure out the Muslim conspiracy is off the charts. What I can’t figure is why Rumsfeld is willing for America to continue to be sucked in. Don’t tell me that terrorists are manipulating Rumsfeld, too!

I keep waiting for the money appeal from AIPAC. I already know what it is going to say: “Although AIPAC is undisputedly the most powerful lobby in America and can determine with impunity the fate of every elected official, we cannot match the terrorists’ ability to manipulate the media. Polls show that terrorists’ manipulation of the U.S. media is causing American support for the war to dwindle away. Please send more millions to counter the terrorists’ control of the American media. We are winning in the Middle East but losing at home.”

One of the lessons one learns in life is that things are not always what they seem to be. Before I watched Stephen Walt and John Mearsheimer’s National Press Club broadcast on C-Span (Aug, 28), I regarded AIPAC as Israel’s friend and promoter. Now I realize that I was wrong. As the two distinguished professors made perfectly clear, anyone who cares about the survival of Israel should scorn the bribes, threats, and blandishments of AIPAC.

AIPAC led the Israeli government onto a path where diplomacy is no longer a tool that Israel can use. Instead, Israel relies on Mao’s dictum that “power comes out of the barrel of a gun” or from a bulldozer that knocks down Palestinians’ homes, uproots their olive groves, and enrages Muslims at Israel’s inhumanity. Backed into a corner with no tool but violence, Israel faces hundreds of millions of increasingly angry Muslims.

If Bush were a true friend of Israel, he would never have let Israel again destroy Lebanon, this time under the pretext of striking at Hezbollah.

AIPAC and Bush have allowed, or caused, Israel to do itself so much damage in the eyes of Muslims and the wider world that a peaceful resolution in the MIddle East is no longer in people’s thoughts. With the mighty U.S. military checked in Iraq by a handful of Sunnis, and the mighty Israeli army checked in Lebanon by a handful of Hezbollah, violence is unlikely to settle the matter in a way that neocons in the United States and Zionists in Israel would like.

The only hope is that Bush and Olmert miraculously turn into grown men, admit their mistakes, apologize, send reparations and commit to winning acceptance of Israel and America based on Israel’s and America’s good behavior. It would be nice to see in operation some of the superior morality that the two claim.

Considering the extraordinary hubris and self-righteousness of neocons and Zionists, nothing like this can possibly happen. Israel, the United States, and the Muslim world will continue to bleed.

Paul Craig Roberts, was Assistant Secretary of the Treasury in the Reagan Administration. He is the author of Supply-Side Revolution : An Insider's Account of Policymaking in Washington; Alienation and the Soviet Economy and Meltdown: Inside the Soviet Economy, and is the co-author with Lawrence M. Stratton of The Tyranny of Good Intentions : How Prosecutors and Bureaucrats Are Trampling the Constitution in the Name of Justice.