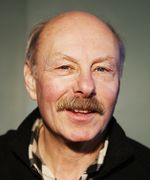 James Howard Kunstler -- World News Trust
Aug. 16, 2009 -- Sunday, I got a taste of the oldest established permanent traffic fiasco in America known as Escape From Cape Cod.  This is not a regular thing for me.  I have no family there and never did.  Friends invited us out to an idyllic hidden corner of the place far from the clam bars filled with shrieking babies and other more typical attractions.  We arrived in good order at mid-week and had a fine time. Once installed, we didn't get in a car for four days.

Our strategy was to leave for home in upstate New York at 11 o'clock Sunday morning -- a bright, hot day, as chance would have it --  thinking that the masses would elect to remain a few more hours at Vacation Central pointlessly towing the little ones around in circles on plastic inflatables behind motorboats before returning to the real world with all its foreclosure notices, canceled credit cards, re-po men hiding in the foundation plantings, and other woes of the day.

The masses must be more massive these days than I ever imagined.  Apparently, you can fill Massachusetts Bay from end-to-end with watercraft and still have enough vacationers left to completely overwhelm the main highway off-Cape, Route 6, where we crawled in first gear all the way from Yarmouth to the Sagamore Bridge.

One couldn't help thinking, of course, how nice it would be if there was a choo-choo train that ran from Boston down the length of the Cape, but alas there is no more.  If any public official had entertained vagrant thoughts of re-starting it in recent decades, the idea was apparently dismissed as a species of heartburn.  Clam rolls, in excess, will do that to you. Then again, the rail service from Boston to Albany no longer exists, amazing as it seems, so the whole thought exercise was a waste of time. But it explains why we drove there in the first place.

Anyway, we broke loose from traffic for a while on the mainland, but the little tie-up on Route 6 proved a mere hors d'oeuvre to the main course where I-495 joined up with the Mass Pike (I-90), and we ramped onto the peristaltic nightmare of a giant throbbing automotive fistula that pulsed 27 miles to I-84 west of Worcester, which drains the entire New England vacation-shed down to the great Moloch of New York City and its teeming outlands.  We, fortunately, were well-fueled-up and air cooled in my Toyota Tacoma pickup. But one couldn't help imagining the horrors of those unlucky others who found themselves creeping on empty, in 91-degree heat, riding the clutch the whole way, with bladders expanded to the size of crenshaw melons.

Once we busted through that monumental clusterfuck, it was a straight run home -- except for a strange interlude at a Mass Pike rest stop, where people who looked like Thanksgiving Day parade balloons clutched armfuls of snack bags in their never-ending quest for fulfillment.  I began to think of them -- prompted, I'm sure, by some malicious meme on the Web -- as "the yeast people," enormous one-celled creatures multiplying at an astronomical rate, soon to engulf the planet in a tragic reeking foam of yeast, and dooming the Earth to a fate worse than climate change....

All this frightful hyperbole is really mere précis to my real point here, for those of you already acquainted with some of the classic "doomer" themes, which is that the first "die-off" of The Long Emergency will not be one of human beings but of our beloved automobiles.  Personally, I think the car die-off will come on with stunning rapidity as a combination of factors merge to make these colossal traffic jams staples of nostalgia in decades to come. As usual, the public is clueless about this, gulled by a cretinous news media into the earnest expectation of endless techno-miracles.

The funniest of these lately are the glad tidings from ("The New" ) General Motors. They came out last week with a laughable hype-fest for their proposed electric car, the "Volt," scheduled to arrive in the showrooms around 2011 (about the same time that all the mortgage-backed-securities sitting in Wall Street's vaults melt into a monumental puddle of radioactive goo). We're told the Volt will get the equivalent of over 200 miles-per-gallon, at less than 25 cents a charge from the plug on your garage wall, blah blah.

They estimate that it'll cost about $40,000.  Do we detect a little problem right there?  Like, the whole adult U.S. population is going to rush out and buy new cars priced the same as today's Mercedes Benz?  Good luck with that, GM, especially when money for car loans will be about as easy to get as a royal flush in online poker.  And good luck with changing out the battery for ten grand a couple of years down the road, so to speak. And good luck also with your expectation that the roads and bridges will remain drivable in the years ahead, as every municipality, and county, and state slides into bankruptcy and the paving machines sit rusting in the DOT marshaling yards.

What is wrong with our brains?  Are they turning to yeast?

And even if it were possible to continue torturing ourselves in three-hour traffic jams, is that something we would want to do?

I'm serenely confident that we're in the twilight of Happy Motoring now.  Without debt service there is no auto industry, and we're toast where debt service is concerned.  All we can do now is give cars away, or give U.S. citizens free money to buy them -- which we are obviously already doing with "Cash for Clunkers" -- which is additionally hilarious in the same nation that is deeply paranoid about the government giving anybody free health care.  What a nation of morons we have become.

Then, of course, there is the political problem that nobody is thinking about, namely, what happens when a substantial portion of the public is permanently foreclosed from motoring because they've lost jobs and incomes and positions and vocations that they will never get back?  Do you think they'll just hike down the breakdown lanes with colorful bundles on their heads like the impoverished folk in other lands?  Or will they put all those home arsenals to work?  I can't wait to find out.