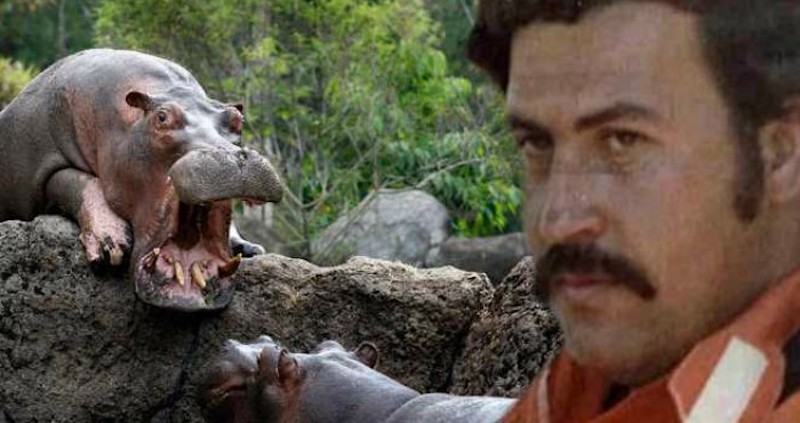 Colombian drug lord Pablo Escobar had so much money that he literally could not spend it fast enough. He and the Medellín cartel dominated the cocaine trade in the 1980s. By then, he was earning about $420 million per week. Storing piles of cash in fields and warehouses, he’d write off 10 percent of it each year (that’s more than $2 billion) accepting that it would inevitably be lost, destroyed by the elements, or eaten by rats.

Of his many palatial homes, Escobar’s favorite was a $63 million, 7,000-acre estate called Hacienda Nápoles. The front gate was adorned with the actual plane the King of Cocaine used on his maiden drug voyage to the United States. But that was far from the only flourish. Hacienda Nápoles also featured:

And then there was the private zoo for which Escobar imported four hippos in 1981. They became known as the “Cocaine Hippos.” 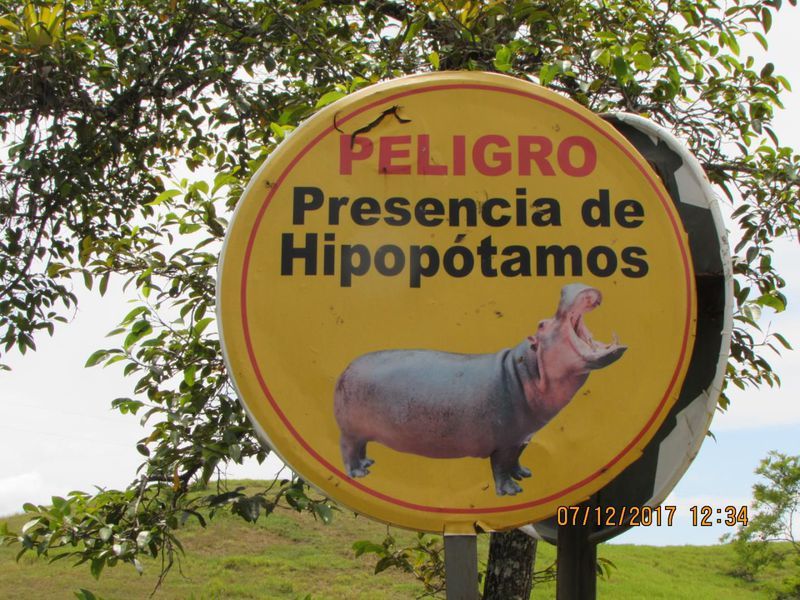 Some ten years after the hippos arrived in Colombia, Escobar was facing intense pressure from law enforcement. He arranged to turn himself in as long as he got to build his own jail. The authorities agreed (!) and La Catedral was constructed. Telephones, fax machines, and computers were included but they were the least of the luxuries. This private penitentiary offered its elite inmate access to a sauna, waterfall, soccer field, and a nightclub.

Upon learning that Escobar had tortured and killed two cartel members at La Catedral, a government plan was set in motion to transfer him to a less posh cell. The drug lord promptly escaped -- going on the run with his family in July 1992. Legend has it that Pablo burned $2 million in cash just to keep his daughter warm while on the lam.

With help from the United States, Pablo Escobar was eventually found and killed as he celebrated his 44th birthday on Dec. 2, 1993. At the time of his death, his wealth was estimated at $30 billion -- about $59 billion in 2020 dollars.

The Colombian government sold off his assets and they shipped out the zoo animals. Inexplicably, they ignored the hippos who were left to fend for themselves in the nation’s waterways.

Fast-forward to 2020: There are now as many as 100 cocaine hippos in Colombia. “Within a couple of decades,” predicts one researcher, “there could be thousands of them.”

Scientists initially viewed the hippos as an “invasive species,” but some serious second thoughts are being seriously thought. You see, more than 11,000 years ago, the last large herbivore from that geographical area was driven into extinction by early man. Its official name was Hemiauchenia paradoxa but it was basically a really, really big llama.

Predating Big Llama in South America by a few millennia was a semiaquatic hoofed beast called Trigonodops lopesi, which has been called the “closest extinct equivalent to a modern hippo.”

So, thanks to a ruthless drug lord and some inefficiency from the Colombian government,  well… here’s how the folks at LiveScience.com explain it:

As big herbivorous animals vanished, their absence starved the soil of nutrients, altered plant growth, and even affected water flow and availability … However, newly introduced nonnative herbivores -- such as Escobar's ‘cocaine hippos’ -- could revitalize and enrich such ecosystems.

It’s too early to assess the full ecological impact of the cocaine hippos but their prodigious poop just may deliver the nutrients missing from that region for more than 11 centuries.

The moral of this story? For starters: Humans beings are never the final arbiters of who or what belongs when or where. Also, you might wanna try this one on for size:

The Drug Lord and His Hungry, Hungry Cocaine Hippos by Mickey Z. is licensed under CC BY-SA 4.0