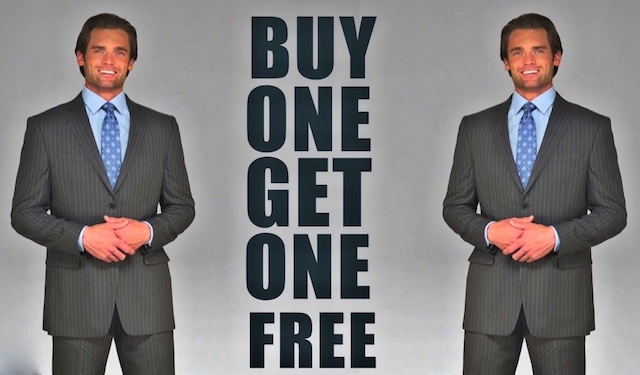 I have rarely — I mean rarely — worn a suit. As for ties, well, I was forced to wear a clip-on tie for a dozen years in Catholic grammar school. That probably planted yet another anti-authority seed in me. I never liked being told how I should dress (or how I should do anything, for that matter). I mean, there was the occasional wedding to attend but even then, I’d often go tieless. I didn’t wear a suit when I was on C-SPAN or when I gave talks at places like Yale and M.I.T. I didn’t even wear a tie at my own wedding!

I had one office job in my life and wearing a tie was part of the dress code. I eventually got fired but still never learned how to tie a tie so I had to get my Dad to pre-tie a bunch of ‘em for me to keep in my closet. Hey, it just felt hypocritical to have that skill on my resume. 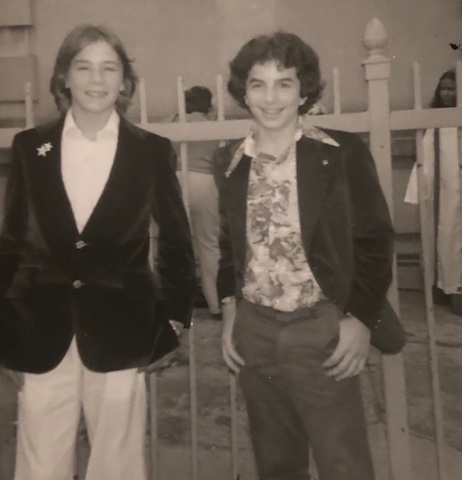 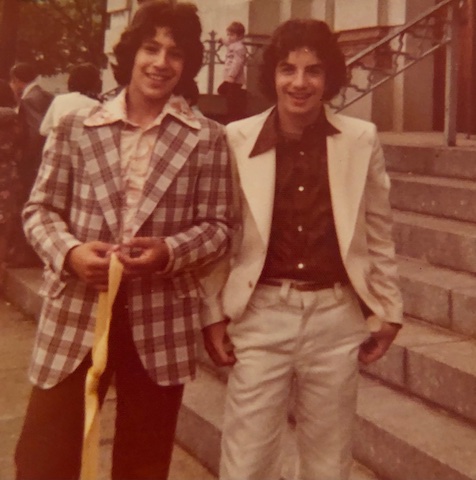 Making Confirmation in the 7th grade and graduating from 8th grade: no tie

All that said, I did once wear two different suits in one day — back in my 20s. It was so rare that the reasons still stand out to me. You see, the father of my close friend, Frank, had passed away. So, there was the first night of his wake to attend. During the day, however, I had gotten a part as an extra in a low-budget movie — a solid $45 payday. Extras were told to dress up like we were going to a fancy party. It was filmed on a small soundstage in Long Island City. As fate would have it, me and my Miami Vice-style outfit — with a skinny tie (see image below) — ended up on the cutting room floor. 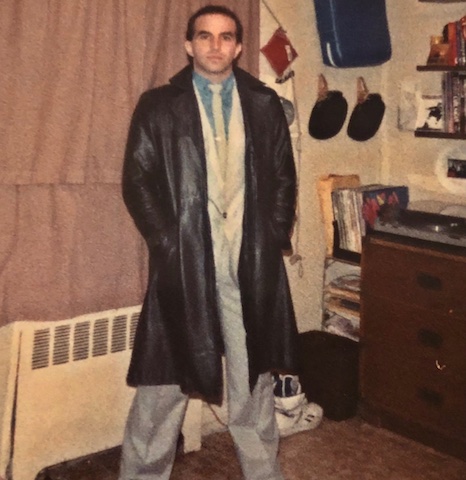 Anyway, the director matched the extras up to look like couples and told us to mingle and talk and be sexy. It didn’t matter what we said since the scene would be overdubbed anyway. I was thrilled when my match was a very attractive black woman whose name I have long forgotten. We ended up in a deep but flirty conversation and I got her number. Feeling real good about myself, I jumped in my car and sped home as soon as shooting ended.

On my block, a group of friends in dark suits had already started to gather. When they saw me emerge from my car in pastels, I got the third degree. I reassured them and rushed into my apartment. Mom had a meal and an appropriate outfit waiting. I told her a little about the movie shoot, scarfed down some pasta, and changed into a dark suit and yes, a tie that Dad had prepared for me in advance.

Once I was back outside, there were about 10 guys waiting. We split into two cars and drove to the funeral home. We all knew Franks’s Dad well. So we put on our best serious faces and made our Reservoir Dogs entrance. 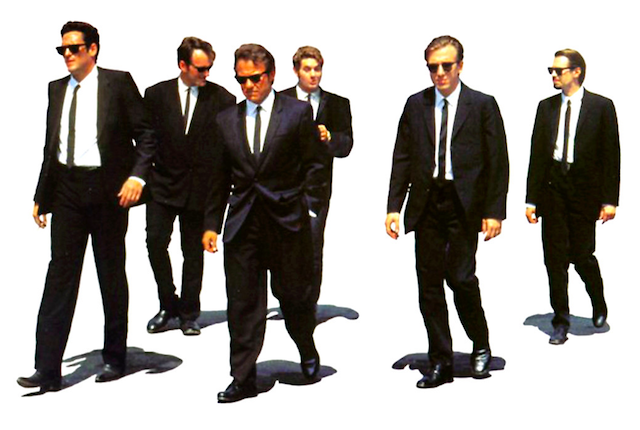 Frank saw us and, for a moment, his sad face beamed. The boys were there, all together. We had started to drift apart by then and it was rare to see this many of us together in one place. He tapped his mother’s shoulder and she slowly turned to look. I can still see her face — a palpable blend of grief and appreciation. It felt good to do the right thing and, in that instance, the conservative suit and tie were perfect.

Coda: I waited a day or two and then called the woman I met on the movie set — left a message on her answering machine (remember those?). She called me back in less than an hour but only because she misunderstood my message. She thought I was a producer calling about possible acting work. Apparently... I didn’t make as big an impression as I assumed and we never ended up meeting. Also, as I type this, I chuckle to myself when I realize that I haven’t worn a suit since I attended three weddings in 2009 with my wife at the time back then. Truth be told, I haven’t even owned “dress clothes” in at least a decade. 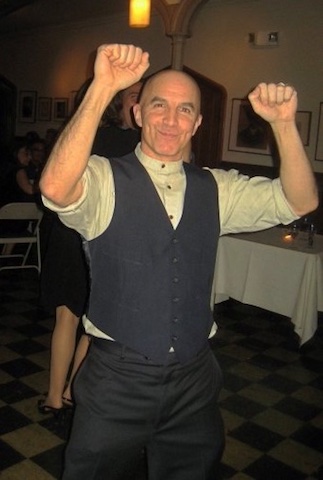