That Time I Almost Accidentally Joined the NYPD — Mickey Z. 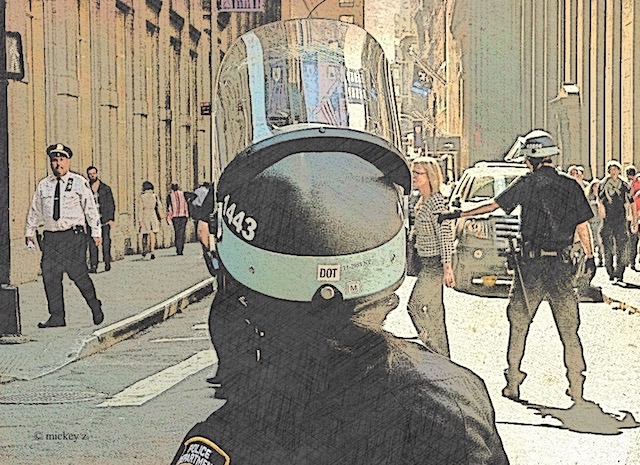 In my youth, it was very common for the guys I hung around with to seek out city jobs: police, fire department, sanitation, etc. Steady pay, good benefits, and full retirement pension after 20 years — these were the perks back in my day. I’m not sure how many of them still hold true. Anyway, like a good blue-collar Queens native, I took all the civil service tests, too. However, I did this mostly to appease my parents.

Mom and Dad couldn’t understand why I’d waste all my “potential” by not going to college. (No one ever truly believed I’d “make it” as a writer/actor/whatever.) So, I took the tests as a fallback plan of sorts. Funny thing though, when you take a test, sometimes you do well and the job actually wants you. Case in point: That time I almost accidentally joined the NYPD. 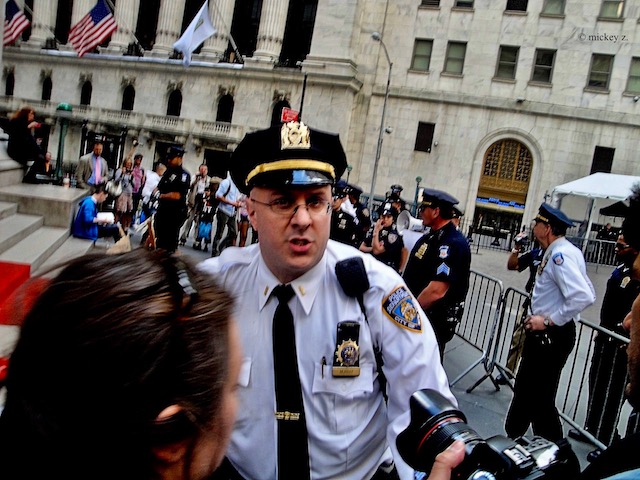 Disclaimer: To follow is not a philosophical or “woke” discussion of the police. Contrary to currently popular belief, you can tell a tale about law enforcement without taking a detour into social justice warrior territory.

The first step was the written test and the NYPD exam was frighteningly easy. I still think of that test every time I cross paths with a cop. I aced it and this led to me being contacted to see if I wanted to participate in the physical. You have to get medical exams, of course, but there was also a test that involved an obstacle course, feats of strength and endurance, and all that. I was in peak martial arts shape at the time and earned a top score without breaking a sweat. Again, the bar was set so low as to be distressing. I also still think of this test every time I cross paths with a cop. To my surprise (and discomfort), I was rapidly moving along in a process I did not want to explore.

My Dad was a well-connected federal agent at the time. He promised me he’d pull some strings and get me assigned to teach self-defense at the police academy. This sounded, um… tolerable? Even so, I’d first have to put in a little time on the streets before I got such a cushy gig. My screenwriting and acting dreams were not exactly manifesting so, I kept referring to this potential self-defense position as my “second option.” 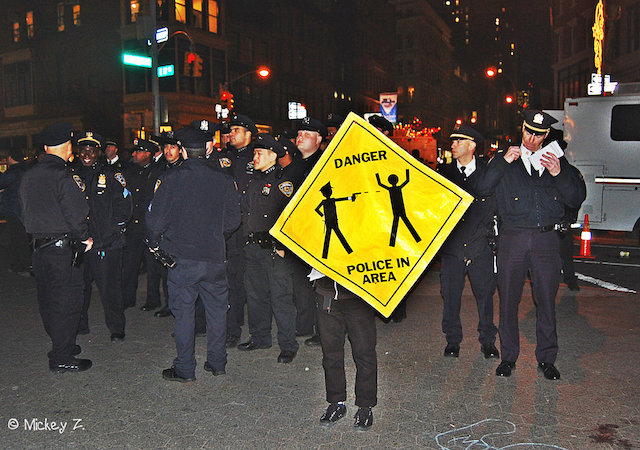 Next step: A written psychological exam. This was the first nuanced step I encountered on my journey towards becoming one of New York City’s Finest. Many of the questions required serious contemplation. Plus, of course, you had to correctly discern which answer they would prefer. I took my time and must have done something right because I was soon called in for a one-on-one interview with a police psychologist. To be blunt, I was starting to wonder if I had painted myself into an inescapable corner. By then, I was working as a personal trainer at the Vertical Club — surrounded by the Big Apple’s movers and shakers. My head was filled with big dreams and the NYPD definitely did not fit into any of them.

I arrived for the interview and was greeted by a very attractive African-American psychologist who looked barely older than me. We hit it off right away and the hour-long interview was way more fun than I expected. Before long, as she listened to me blab about myself, she stopped me and asked: “Why did you apply for this job?” She saw right through me. I tried a few canned answers about serving my community but she just quietly nodded.

By the time I left, she had asked for my number. “To talk about hiring you as my personal trainer,” she assured me. I was stoked but I knew and she knew two things:

My personal training career was gaining some momentum and I was simultaneously working on a chance to be in a real martial arts flick — to be filmed in California. But I still followed through on the next NYPD step. This was an orientation of sorts. I don’t recall all the details but we got a tour of the academy and ended up being broken up into smaller groups. Me and about 30 other potential recruits were sent to a classroom to hear a “lecture” from a veteran cop. “To get a feel for what the job is really like,” they promised. This dude delivered. Big time.

He was white, maybe mid-40s, and right out of Central Casting as a grizzled, bitter NYC cop. He spoke to us with contempt oozing from his pores. Like: How naive and stupid you must be to want to work for the NYPD. This dude answered questions but mostly, he sauntered around the room delivering an unforgettable soliloquy — giving us excellent reasons to walk out the door and never come back. It would be impossible to recall his entire monologue, but I can give you a basic idea of how he wrapped things up:

“Picture this,” he commanded. “You finish an overnight shift. And trust me, you’ll get stuck with those all the time until you’ve been on the job a while. You’re too wired to go home so you and your partner hit a local bar. The owner knows you so the free refills are flowing. You’re getting drunker and drunker as you complain about your sergeant, your wife or girlfriend, your kids if you have them, and the scum you have to deal with every day. Half of the people you arrest are back out on the street in a couple of hours and you’re still filling out paperwork. You signed up to help people but you’re stuck doing bullshit night after night. You’re developing a drinking problem and you’re on your way to paying alimony and child support. You finally stagger into your house as your wife is making herself breakfast. She barely says hello and you don’t have the energy to undress before falling asleep for maybe a few hours. When you wake up alone and hungover, you’ll ask yourself why the hell you ever took this job. (looks around the room) How many of you can deal with that and make this job work?”

I wanted to jump up and throw my arms around him. His brutal honesty jolted me into the realization that I could not do something just because it was expected of me or it appeared “practical.” The trick now was how to break the news to my family, friends, etc. Everyone was well-meaning in rooting for me to have a “career.” That support often turns into pressure and human history is littered with disenchanted folks who succumbed to the will of the good intentions. This was a powerful realization for the provincial young man I was but… I still had to find the courage to plant my flag. Enter Leo Fong.

After giving my parents a vague report about the latest NYPD meeting, I avoided the topic for a day or two. And then my phone rang. It was kung fu legend Leo Fong, asking me if I wanted to be in his next film, Low Blow (I wrote a little about that here). I instantly said yes and he promised to keep me in the loop as things develop. He’d pay my way out to Northern California, put me up in a motel, and feed me while I was on the set. It sounded like Hollywood to my ears! I rushed to tell my parents, my friends, my co-workers, my clients — anyone who would listen.

In rapid-fire succession, two things happened in early January. Firstly, the NYPD accepted me into the next class at the academy which was to start that February. Next, Leo called to tell me he would need me for two weeks in mid-March. You know what I did: I listened to my heart urging me to go west, young man. I had a sit-down with my ever-tolerant parents. On some level, they knew I could never say no to the movie opportunity. It was all I talked about for years. So, my Dad said he’d try to have my acceptance postponed until the next NYPD class in the fall. 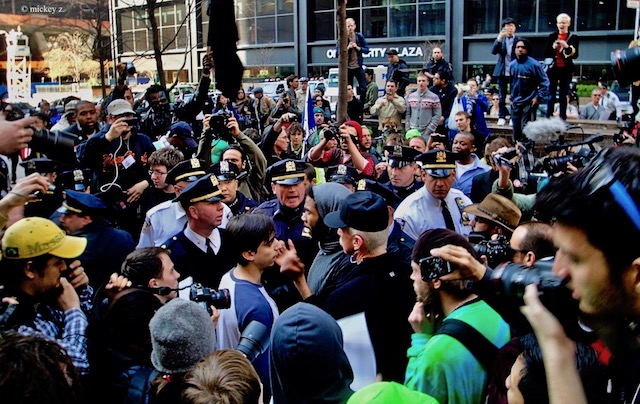 Fast-forward a zillion years and I obviously did not become either a cop or a famous movie star. Perhaps just as obviously, I do not regret my decision. I got to appear in about a dozen films, teach seminars, write hundreds of articles for martial arts magazines (and appear on the cover of one such publication), and I still practice my kicks and punches to this day. As for the NYPD, the photos sprinkled throughout this article will give you a hint of where they have fit into my life.

And who’s to say the cop thing would’ve given me the “stability” it promised? To borrow from the esteemed philosopher, Jim Carrey: “You can fail at what you don’t want so you might as well take a chance on doing what you love.” Take-home message: Follow your dreams. You can enjoy them whether they “come true” or not.