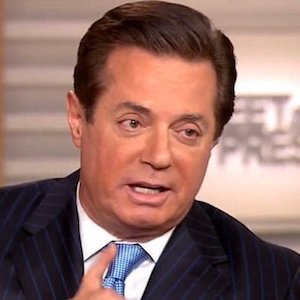 I’m obliged to file this blog before Robert Mueller’s office releases the name of the first winner in the Russian Election Meddling tribunal indictment lottery. Most of the betting is on Paul Manafort, the Swamp-creature-fixer-lobbyist-grifter who spent his summer vacation of 2016 managing Donald Trump’s election campaign.

Before that unfortunate summer internship, Manafort was just a shadier-than-average influence-peddler. It happened that many of his clients were bigshots in foreign lands -- Mobuto Sese Seko (Congo), Jonas Savimbi (Angola), and Ferdinand Marcos (Philippines), as well as interests in Equatorial Guinea, Kenya, the Dominican Republic, Pakistan, Nigeria, Ukraine, and other world beauty spots. Also, most notably, Russia where the wicked Mr. Putin dwells and incessantly plots evil against our shining city of a republic.

Over the years, Manafort took large sums of money to the DC laundry room and then distributed bales of it around town to other lobbyist subcontractors, but he left quite a trail. And he overlooked the requirement to register as an agent for foreign interests. So, indicting him looks like a no-brainer. An entry-level U.S. Attorney could, figuratively speaking, hitch him up to the rear bumper of a Chevy Yukon and drag him over five miles of broken Coke bottles.

If I am right, his indictment will provoke a five-column headline in The New York Times, Don Lemon will have a multiple orgasm on CNN tonight, and by Halloween the whole Manafort matter will be as forgotten as Hurricane Maria in Puerto Rico and the Las Vegas Country Music Massacre. That’s how we roll in Attention Deficit Nation. I suppose Mueller’s team next will want to charge fired National Security Advisor General Michael Flynn for failing to register as a foreign agent prior to a having conversation with the Russian ambassador -- but mightn’t it be a little absurd to outlaw dialogue between incoming White House officials and foreign ambassadors who, after all, are here to have conversations with our people? That’ll be an interesting precedent. Why would other countries even bother to send an ambassador here if that’s our policy?

There’s an outside chance, of course -- outside, say as far away as the planet Mars -- that Mr. Mueller will just flop his whole hand on the table and indict President Trump. Wouldn’t that be a jolt? And it would instantly prompt a constitutional crisis, so my money says ain’t gonna happen.

It’s hard to see where it goes from there. The standard plot-line is to net these smaller fish and use them as bait to harpoon the Big White Whale. Give them immunity and let them sing their hearts out to avoid getting sent to ping-pong camp in the Poconos for a five-year stretch. Or else these two schnooks go bankrupt paying hotshot DC lawyers to get them off the hook. Does Mueller go after Donny Junior for having a conversation with a Russian lawyer? Or son-in-law Jared Kushner for flying to Russia and having meetings with Russians? Hey, does anyone remember that A) We’re not at war with Russia, and B) the Soviet regime there folded up 25 years ago?

The casual observer can’t avoid dragging Hillary into this. It appears that, among other things, the Clinton Foundation received more than $100 million in “charitable donations” from various Russian companies and individuals over the years. Gosh, they’re a big-hearted people! Maybe it’s all the vodka they guzzle. No doubt, the newly-converted Russian capitalists were yearning to support “impact entrepreneurs” who are creating “new enterprises to generate both social impact and financial returns” by addressing market gaps in developing countries, or to “strengthen the capacity of people in the United States and throughout the world to meet the challenges of global interdependence” -- as the Clinton Foundation described their activities.

More likely they wanted to grease their access to the sure-thing It’s-My-Turn Madam President. Except then she went and lost the election… all because of Russian meddling.