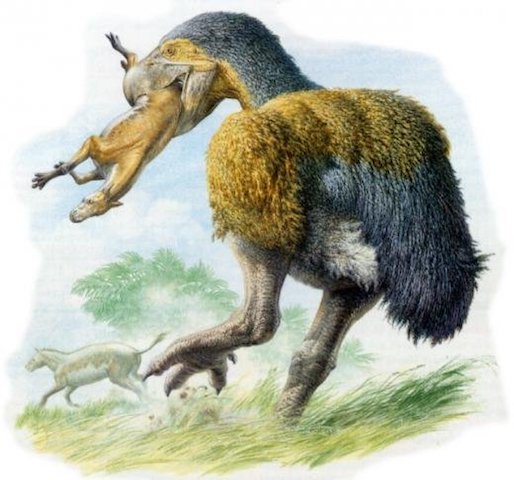 I recently learned about Titanis walleri — a huge, flightless, carnivorous bird that lived in the early Pliocene to early Pleistocene Epoch in North America. It belongs to the family Phorusrhacidae, otherwise known only in South America. This badass could approach ten feet in height (perhaps taller), weighed over 300 pounds (perhaps heavier), and could run faster than 40 MPH (perhaps faster).

I was basking in the mental image of such an amazing earthling until I also learned that Titanis was part of a group of such giants which have been nicknamed “terror birds.” To those who’d use such a moniker, I ask: In all the millions of years these birds roamed the planet, did any of them ever feel the need to invent nuclear weapons, waterboarding, or patriarchy?

Terror bird? Thanks to the dominant human culture, 80 million birds are killed each year when they crash into plate glass windows in tall buildings. Another 60 to 80 million birds are killed by motor vehicles. Roughly 200 million birds collide fatally with radio-transmission towers per year (add in cell phone towers and that number approaches a half-billion) and 120 million more are slaughtered annually by hunters. Yet Titanis is the one burdened with the word “terror” in its nickname? Make no mistake: To all the other inhabitants of this planet, we are terror beings. 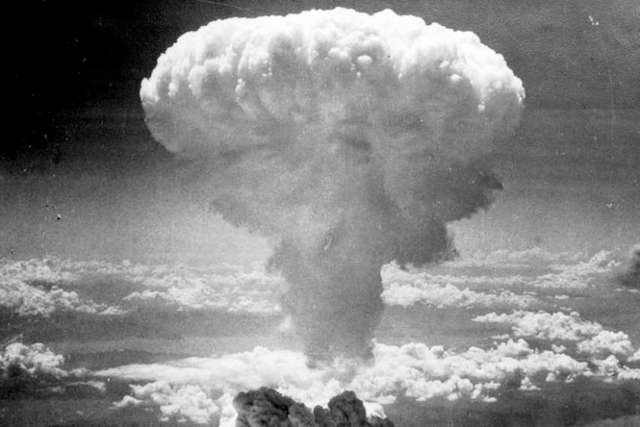 There’s something else I learned in my reading about Titanis: Based on circumstantial evidence, it “has been suggested that the species did not become extinct until 15,000 years ago,” but “more precise dating refutes such a late date; all known Titanis fossils appear to be at least 2 million years old.”

“All known” fossils “appear to be”? Sounds like another prime example of modern science at its presumptuous best. If a bunch of “educated” humans chooses to believe that Titanis walleri was a terror bird, I’m free to believe that this magnificent being still exists and thrives. After all, since experts (sic) can’t agree on an extinction date that ranges in the millions of years, is it any less “scientific” of me to question a 15,000-year gap? Here’s my thesis, and I’m sticking to it: Titanis has outsmarted the best of human minds, is still around and is mighty pissed about this anti-bird culture we’ve created. #BecauseScience