Some ‘Rumble Fish’ Make Their Own Way Back to the River | Mickey Z. 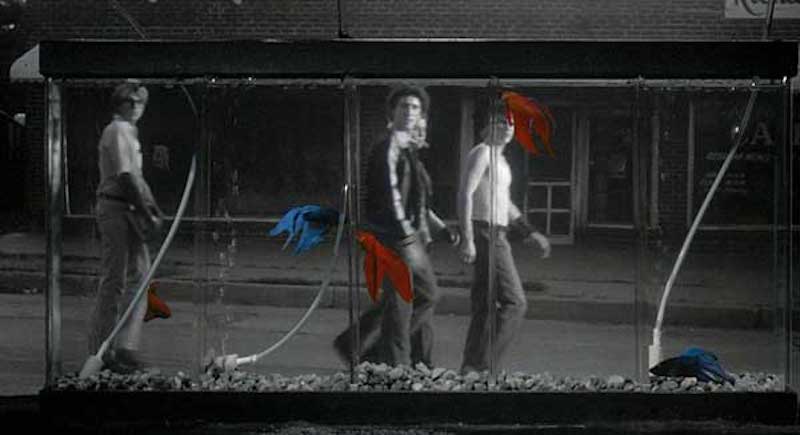 When I was in grade school, my classmates and I were introduced to the writer, S.E. Hinton. We were enthralled by The Outsiders and That Was Then, This Is Now. But my favorite of her books was Rumble Fish — and I loved the 1983 movie version even more. “The Motorcycle Boy” remains one of my all-time favorite fictional characters and I will immodestly admit that I related to aspects of his persona.

The “rumble fish” alluded to in the title are Siamese fighting fish — a highly territorial breed that makes for popular “pets” due to their colors and their combativeness. Metaphorically, Hinton was linking these captive creatures with the young urban punks of her stories. Again, I could relate.

One of the most meaningful scenes of the story occurs in a pet store. The Motorcycle Boy is showing the fighting fish to his younger brother, Rusty James, when the local cop comes in to bust balls. When asked about his sudden interest in the pet store, The Motorcycle Boy points to the tanks and explains: “They belong in the river. I don’t think they would fight if they were in the river.”

With that as a prologue, I’d like to tell you about some of the odd and sometimes dangerous older male characters who inhabited my old neighborhood. Let’s just say, their presence sometimes helped bring out the “rumble fish” in my crew.

Pete was a WWII vet who stuttered, mumbled to himself, and always had what looked like a puzzled grin on his face. The story went that he was never the same after the war. Back then, we called that being “shell shocked.” Thus, he was “Shell-Shocked Pete” to everyone — children and adults. No one asked him if he minded.

Today, fortunately, we have a better understanding of PTSD and its treatment.

Anyway, Pete used to do odd jobs for the local drug store (no chain stores in those days) — always wearing the same hat and trench coat. He seemed to really like his hat and often wrapped it in clear plastic on bad weather days. Pete was an easy target and the local kids would drove the poor guy batty. On a school lunch break one day, we crossed paths with him.

A bunch of us eighth-graders, dressed in our pathetic Catholic school uniforms, ran past him. Mario grabbed his beloved hat and off we went with Pete in hot pursuit. He ran well for an older man but we easily outdistanced him. I don’t fully recall (and prefer not to recall) what Mario did next but I definitely remember it involved permanently ruining Pete’s hat.

When we eventually went back for our afternoon classes, the school principal — a tall, powerfully built nun named Sister Dolores — showed up in the hallway outside our classroom with Shell-Shocked Pete and two cops. A buzz went through the room.

Fortunately for yours truly, Pete did not pick me out of the class. Only Mario and one other guy were fingered. The other kid, Robert, wasn’t even there during the mean-spirited mischief.

The cops gave the two boys the standard “next time, we’ll bust you good” BS. They were forced to apologize to Pete in front of everyone and told to scratch up enough cash to replace his hat within the next day. When Pete and the cops left, the principal finished the job. Sister Dolores swung two open hands towards their heads.

Robert took both hands — one on either side of his head — and the poor schmuck hadn’t even done anything to warrant it. A double open palm strike could’ve destroyed Robert’s eardrums but that’s not the kind of thing anyone thought about in the dark ages.

A now even angrier Sister Dolores proceeded to smack the shit out of Mario for ducking but his initial evasion was a classic move that would be recalled and relived over and over. 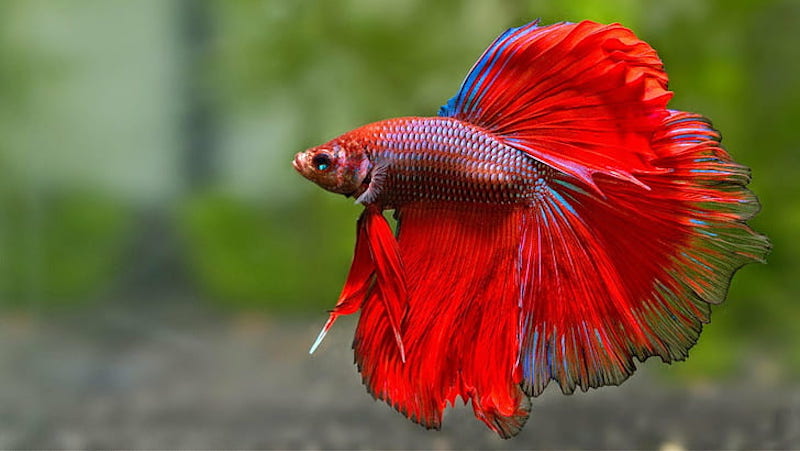 A true weirdo in our neighborhood was a guy we called Weasel. He was a man in his fifties with a long weasel-like face, buck teeth, and bald head. He always wore a long wool coat. This dude was straight outta Central Casting for a serial killer. We all assumed Weasel was mentally unstable.

Our fears were confirmed when he once told my friend’s younger sister (a very cute girl named Doreen, who would later be my first girlfriend) that he wanted to bring her home and keep her in a cage.

We learned more about Weasel one night when we decided to mess with him.

He did not take kindly to be taunted and took off after us. To our surprise, Weasel was fast. Athlete fast. He ran like Groucho Marx but damn, he could really move. We all outran him, but not without a genuine scare. I don’t remember any of us ever bugging him again after that. 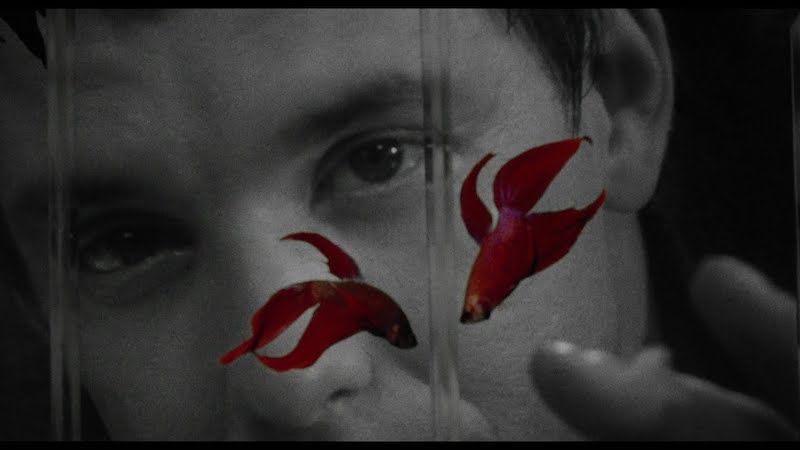 Then there was Madlock. He owned a lot filled with junk cars and mean dogs across the street from the local elementary school. I don’t know what his business was or why we called him Madlock. I clearly recall that he was not bashful about setting his junkyard dogs on us without provocation — cackling his ass off as he did so.

When we walked past Madlock’s lot, we did so with extreme caution. 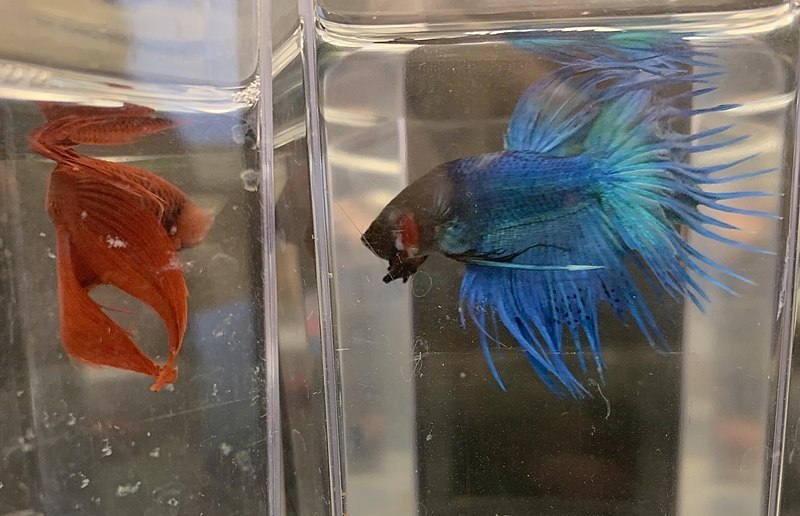 On 36th Avenue was an old school candy/stationery store owned by a rotund fellow we called Tobin (although I never learned why). The store was in decline and was usually closed but we’d yell up to where poor old Tobin lived above it. Our youthful voices would turn sweet as we assured Tobin that we, his good friends, needed to browse his establishment. He always relented.

Tobin was deemed “slow.” At least, that’s the word everyone used in the pre-woke days of yore.

Our game plan was far from clever but deceiving Tobin didn’t require much effort. One of us would chat with him while the others grabbed some trivial booty from his rather anemic and archaic selection. It wasn’t about quality. Maybe it was boredom? Either way, it was inexcusable.

On one particular Tobin raid, we focused on a display of cheap but sharp penknives. The next day, my friend Robby and I sold our purloined blades to the younger hooligans in our Catholic school. Those fifth-graders were more than happy to part with their lunch money to buy cool weapons from the school heroes.

We certainly didn’t plan on the little criminals promptly staging knife fights in full view of teachers. They sang like birdies when caught but we somehow used our charm to talk our way out of that jam (without any mention of Tobin).

Back to Rumble Fish. The cop was not impressed with The Motorcycle Boy’s pet store dissertation and declared: “Someone oughta get you off the streets.”

To which The Motorcycle Boy replied with a chuckle: “Someone oughta put the fish in the river.”

Sometimes, with considerable effort and luck, a rumble fish can make its own way back to the river…