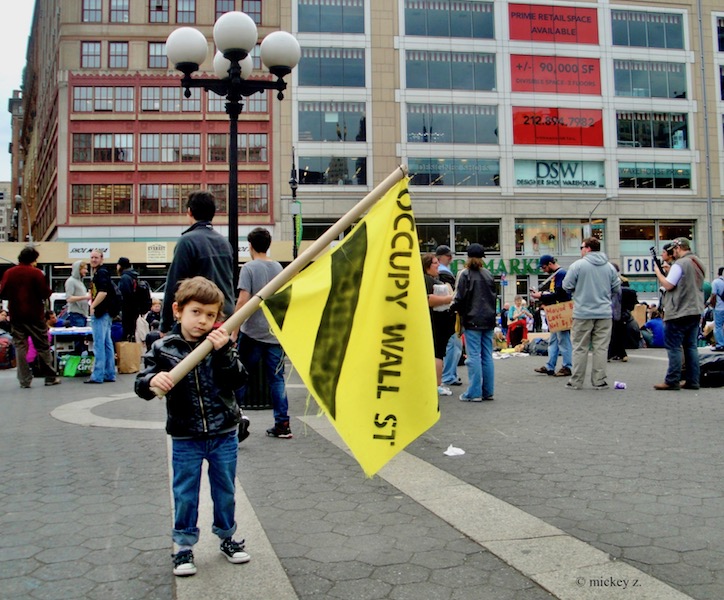 In my very young days, I lived in a fourth-floor apartment in a five-story, pre-war, walk-up building. On the second floor, you’d find an older Italian couple: Mr. and Mrs. Larucci. (I say “older” because that’s how they appeared to me at the time. I’m probably older now than they were then.)

Anyway, the Laruccis were the first cat people I had ever encountered. They religiously fed the local strays — rain or shine, in sickness and in health — in an alcove behind the building. Their diligence, effectiveness, and focus clearly inspired my mother and sister to become cat ladies/animal lovers for life. To a slightly lesser degree, both me and my Dad were influenced by witnessing all this animal-based altruism.

It was while dwelling in that building that I first showed signs of Early Onset Activist Syndrome. To follow are but two of many symptoms.

Even as a young child, I understood:

1. The war in Vietnam was becoming increasingly unpopular

2. Being on TV is a really big deal to most people

So, it was while hanging out on the stoop with my grade school friends — not far from the 59th Street Bridge, connecting Queens to the east side of Manhattan — that the 8-year-old me hatched a cynical scheme to allegedly capitalize on the above two facts.

About six of us staged our very own anti-war protest amidst the high volume of motor vehicles streaming down Crescent Street on their way to the city (Queens may be one of New York’s five boroughs but for us, only Manhattan is and will ever be “the city”). 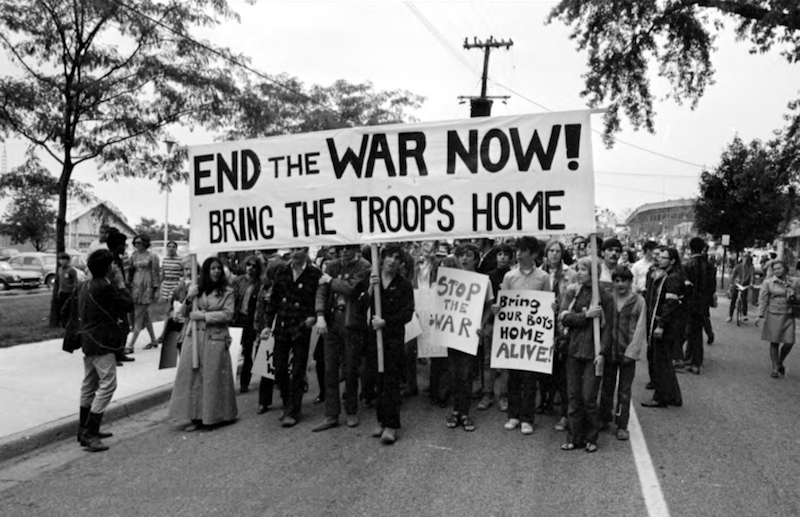 Mimicking the images we saw nightly on our black-and-white TV sets, we made rudimentary signs and posters. One of my fellow subversives wasn’t a regular on the block. He was a little older than me, perhaps a classmate of my big sister. I can’t remember his full name but I do recall that his last name was Castro and that he later became notorious for ending up in the hospital after attempting to ride a motorized mini-bike down a flight of concrete steps.

By the time I was in my teens, I heard a rumor that Castro had died during the commission of a crime. Considering how many of my childhood friends ended up in jail or dying young, this was a rumor to be taken at face value. Anyway, I can still see Castro’s chastened expression when I scolded him for a misspelling on his sign: “SPOT THE WAR!” it read. I insisted he correct it.

With or without proofreading, we enthusiastically held up our protest posters to passing cars and trucks and yelled “stop the war” until our pre-pubescent voices grew hoarse. “Someone will call the news,” I promised, “and we’ll all be on TV tonight.”

Our children’s crusade lasted maybe 20 minutes. When it neither ended the war nor landed us on TV, we got bored. One by one, we heard our mothers’ voices calling us to dinner from different windows of the tenement buildings looming above us. Hunger trumped revolution, and the experiment was over. I don’t believe any of us ever mentioned it again.

Today, that same anti-war demo or rally or protest or march or whatever would’ve had its own social media event page. It would’ve been livestreamed. And it would’ve been deemed a “success” if it garnered even just one of us a kick-ass Facebook profile pic for which we could use the caption: #warrior.

Speaking of “anti-war,” a few years after I organized that futile demonstration, I first saw Duck Soup on TV. Instantly, I was hooked on the Marx Brothers… but I had a problem. You see, this was long before YouTube and free streaming services. It was also before VHS players and video stores. To see more of the Marx Brothers, I had to hope that one of the local NYC channels (5, 9, 11) would randomly show one of their 13 films (12 actually, because Animal Crackers was in the midst of a legal battle at that time).

After catching a couple more of the Marxster’s movies, I grew tired of waiting for the rest so I hatched a plan. With help from my Mom, I found the names and addresses for the directors of programming of the local channels (easier said than done in the pre-Google days of yore). I hand-wrote three passionate petitions — requesting/demanding more Marx Brothers movies be shown on their stations — and brought the documents to my Catholic grammar school.

I was popular enough and cool enough to convince, cajole, or coerce all my classmates to sign. Feeling mighty proud of myself, I mailed off all three petitions and sat back to wait for a steady supply of Harpo, Chico, Zeppo, and Groucho. 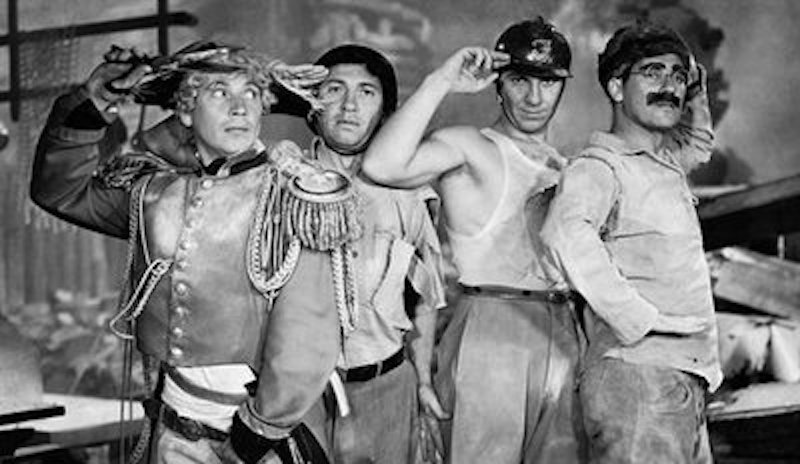 The weeks and months passed with a) no change in local programming and b) no reply from any of the stations. All the necessary lessons about “activism” were right there in front of me, but I wasn’t yet ready to learn. Not even close. Nope, that part would only happen after decades had passed, and — through personal experience — I could finally recognize activism for what it is. And what it could potentially be. 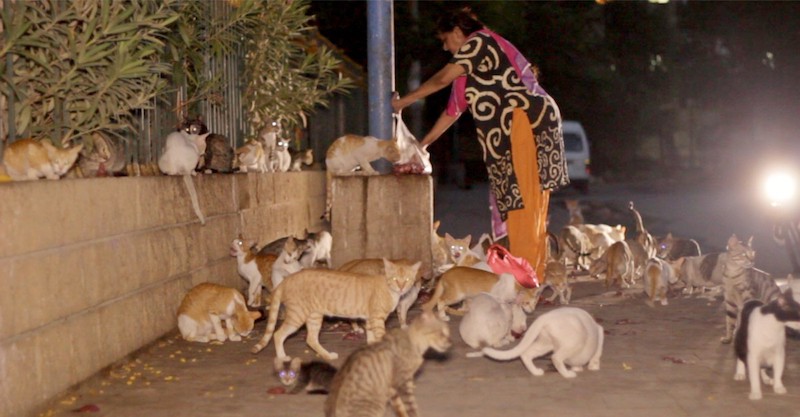 Which brings me back to Mr. and Mrs. Larucci. While I was trying to “spot” the war and spread “Marxism” on TV, my cat-loving neighbors just kept feeding and caring for the local strays. Regardless of the circumstances, they fulfilled their chosen mission. As I wrote in an article this summer: Cat ladies get results.

“A cat lady understands urgency when she encounters it. She also accepts her limitations and works around them. From there, she basically behaves like triage nurse. As a result, she gets results. Day after day, felines within her reach are fed and have safe havens in which to hide. If they fall ill or are injured, they will be promptly cared for with dignity. When others in the general area see a hungry, sick, injured, or threatened cat, they know who to contact: the local cat lady. No delusions of grandeur about shifting global conditions or ‘changing the conversation.’ No social media fame. Just results.”

Finally: lessons learned. So, to all the #woke activists still out there virtue signaling their way onto my news feed, I have this message from a song by Groucho:

“I don't know what you have to say.

It makes no difference anyway.

Whatever it is, I'm against it!” 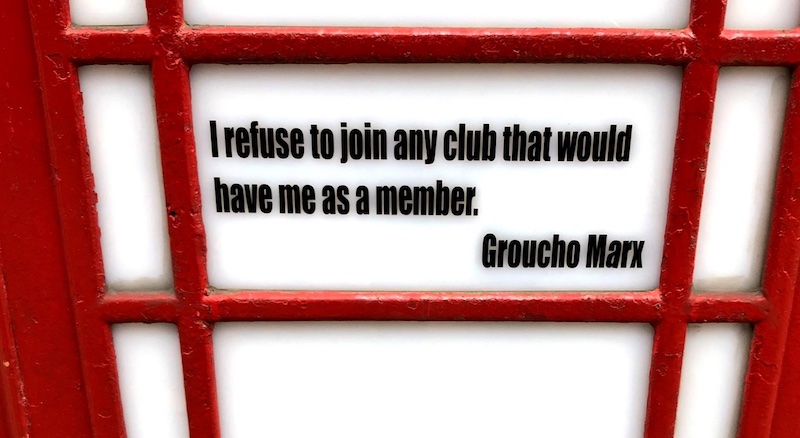