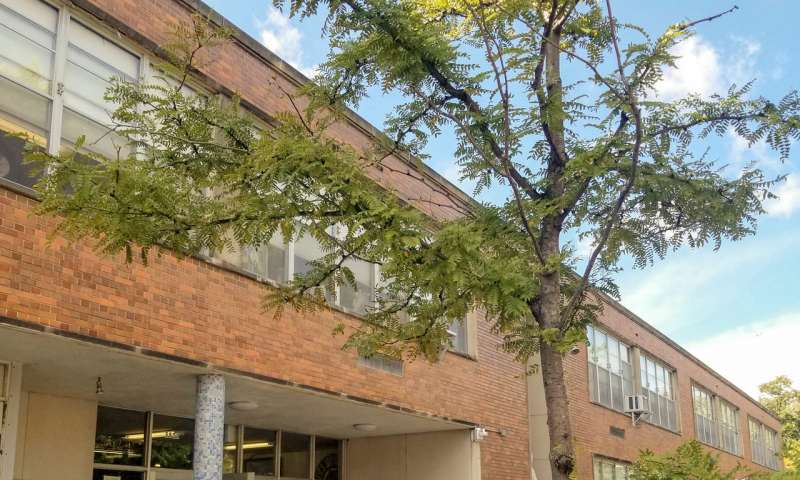 Students in low-income, high-poverty Chicago schools had better test scores when there were more trees in the schoolyard, according to a new study by Ming Kuo of the University of Illinois. Credit: Melissa Oquendo

Sept. 25, 2018 (Phys.org) -- What if improving academic performance in some of the nation's most disadvantaged and lowest-achieving schools was as easy as planting trees in the schoolyard? It's not that simple, of course, but a new study from the University of Illinois suggests school greening could be part of the solution.

The study, published in Frontiers in Psychology and led by Ming Kuo from the Department of Natural Resources and Environmental Sciences at U of I, investigated the link between greenness and academic achievement in 318 of Chicago's public elementary schools. The district serves a predominantly low-income minority population, with 87 percent of third-graders qualifying for free lunch during the study year (2009-2010).

Previous studies have documented a positive relationship between greenness and academic achievement, but, until now, no one had examined the relationship in high-poverty schools.

"The goal was to see if the greenness-academic achievement relationship holds for poor, urban schools because that's where it matters. That's where educators and policy makers are desperately trying to find ways to help kids reach their potential," Kuo says.