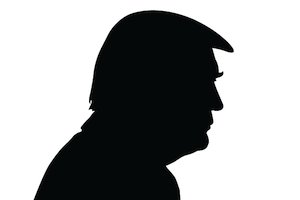 Image: Los Angeles TimesJuly 29, 2018 (Washington Post) -- The links among Vladimir Putin, President Trump, and segments of both the Republican Party and the American conservative movement seem bizarre. How can this be, given the Russian president’s KGB pedigree and a Cold War history during which antipathy toward the Soviet Union held the right together?

In truth, there is nothing illogical about the ideological collusion that is shaking our political system. If the old Soviet Union was the linchpin of the Communist International, Putin’s Russia is creating a new Reactionary International built around nationalism, a critique of modernity and a disdain for liberal democracy. Its central mission includes wrecking the Western alliance and the European Union by undermining a shared commitment to democratic values.

Putin is, first and foremost, an opportunist, so he is also happy to lend support to forces on the left when doing so advances his purposes in specific circumstances. But the dominant thrust of Putinism is toward the far right, because a nationalism rooted in Russian traditionalism cements his hold on power.

And the right in both Europe and the United States has responded. Long before Russia’s efforts to elect Trump in the 2016 election became a major public issue, Putin was currying favor with the American gun lobby, Christian conservatives and Republican politicians.