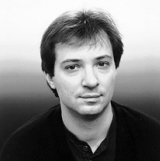 May 17, 2011 (Information Clearing House) -- After they called the presidency for Obama, emails poured in. “You must be relieved now that the Democrats are taking over,” an old college buddy told me. “There will be less pressure on you.”

That would have been nice.

In the late 1990s my cartoons ran in Time, Fortune and Bloomberg Personal magazines and over 100 daily and alternative weekly newspapers. I was a staff writer for two major magazines.

My editor at Time called me on September 13, 2001. “We’re discontinuing all cartoons,” she told me. I was one of four cartoonists at the newsweekly. “Humor is dead.” I snorted. They never brought back cartoons.

McCarthyism -- blackballing -- made a big comeback. I had been drawing a monthly comic strip, “The Testosterone Diaries,” for Men’s Health. No politics. It was about guy stuff: dating, job insecurity, prostate tests, that sort of thing. They fired me. Not because of anything I drew for them. It was because of my syndicated editorial cartoons, which attacked Bush and his policies. The publisher worried about pissing off right-wingers during a period of nationalism on steroids.

Desperate and going broke, I called an editor who’d given me lots of work at the magazines he ran during the 1990s. “Sorry, dude, I can’t help,” he replied. “You’re radioactive.”

It was tempting, when Obama’s Democrats swept into office in 2008, to think that the bad old days were coming to an end. I wasn’t looking for any favors, just a swing of the political pendulum back to the Clinton years when it was still OK to be a liberal.

This, you have no doubt correctly guessed, is the part where I tell you I was wrong.

I didn’t count on the cult of personality around Barack Obama.

In the 1990s it was OK to attack Clinton from the left. I went after the Man From Hope and his centrist, “triangulation”-obsessed Democratic Leadership Council for selling out progressive principles. Along with like-minded political cartoonists including Tom Tomorrow and Lloyd Dangle, my cartoons and columns took Clinton’s militant moderates to the woodshed for NAFTA, the WTO and welfare reform. A pal who worked in the White House informed me that the President, known for his short temper, stormed into his office and slammed a copy of that morning’s Washington Post down on the desk with my cartoon showing. “How dare your friend compare me to Bush?” he shouted. (The first Bush.)

It was better than winning a Pulitzer.

It feels a little weird to write this, like I’m telling tales out of school and ratting out the Vast Left-Wing Conspiracy. But it’s true: there’s less room for a leftie during the Age of Obama than there was under Bush.

I didn’t realize how besotted progressives were by Mr. Hopey Changey.

Obama lost me before Inauguration Day, when he announced cabinet appointments that didn’t include a single liberal.

It got worse after that: Obama extended and expanded Bush’s TARP giveaway to the banks; continued Bush’s spying on our phone calls; ignored the foreclosure crisis; refused to investigate, much less prosecute, Bush’s torturers; his healthcare plan was a sellout to Big Pharma; he kept Gitmo open; expanded the war against Afghanistan; dispatched more drone bombers; used weasel words to redefine the troops in Iraq as “non-combat”; extended the Bush tax cuts for the rich; claiming the right to assassinate U.S. citizens; most recently, there was the forced nudity torture of PFC Bradley Manning and expanding oil drilling offshore and on national lands.

I was merciless to Obama. I was cruel in my criticisms of Obama’s sellouts to the right. In my writings and drawings I tried to tell it as it was, or anyway, as I saw it. I thought -- still think -- that’s my job. I’m a critic, not a suck-up. The Obama Administration doesn’t need journalists or pundits to carry its water. That’s what press secretaries and PR flacks are for.

Does Obama ever do anything right? Not often, but sure. And when he does, I shut up about it. Cartoonists and columnists who promote government policy are an embarrassment.

But that’s what “liberal” media outlets want in the age of Obama.

I can’t prove it in every case. (That’s how blackballing works.) The Nation and Mother Jones and Harper’s, liberal magazines that gave me freelance work under Clinton and Bush, now ignore my queries. Even when I offered them first-person, unembedded war reporting from Afghanistan. Hey, maybe they’re too busy to answer email or voicemail. You never know.

Other censors are brazen.

There’s been a push among political cartoonists to get our work into the big editorial blogs and online magazines that seem poised to displace traditional print political magazines like The Progressive. In the past, editorial rejections had numerous causes: low budgets, lack of space, an editor who simply preferred another creator’s work over yours.

Now there’ s a new cause for refusal: Too tough on the president.

I’ve heard that from enough “liberal” websites and print publications to consider it a significant trend.

A sample of recent rejections, each from editors at different left-of-center media outlets:

• “I am familiar with and enjoy your cartoons. However the readers of our site would not be comfortable with your (admittedly on point) criticism of Obama.”

• “Don’t be such a hater on O and we could use your stuff. Can’t you focus more on the GOP?”

• “Our first African-American president deserves a chance to clean up Bush’s mess without being attacked by us.”

What’s weird is that these cultish attitudes come from editors and publishers whose politics line up neatly with mine. They oppose the bailouts. They want us out of Afghanistan and Iraq. They disapprove of Obama’s new war against Libya. They want Obama to renounce torture and Guantánamo.

Obama is the one they ought to be blackballing. He has been a terrible disappointment to the American left. He has forsaken liberals at every turn. Yet they continue to stand by him. Which means that, in effect, they are not liberals at all. They are militant Democrats. They are Obamabots.

As long as Democrats win elections, they are happy. Nevermind that their policies are the same as, or to the right of, the Republicans.

“So what should I think about [the war in Libya]?,” asks Kevin Drum in Mother Jones. “If it had been my call, I wouldn’t have gone into Libya. But the reason I voted for Obama in 2008 is because I trust his judgment. And not in any merely abstract way, either: I mean that if he and I were in a room and disagreed about some issue on which I had any doubt at all, I’d literally trust his judgment over my own. I think he’s smarter than me, better informed, better able to understand the consequences of his actions, and more farsighted.”

Mr. Drum, call your office. Someone found your brain in the break room.

Barack Obama and the Democrats have made it perfectly clear that they don’t care about the issues and concerns that I care about. Unlike Kevin Drum, I think -- I know -- I’m smarter than Barack Obama. I wouldn’t have made half the mistakes he has.

So I don’t care about Obama. Or the Democrats. I care about America and the world and the people who live in them.

(Ted Rall is the author of “The Anti-American Manifesto.” His website is tedrall.com.)