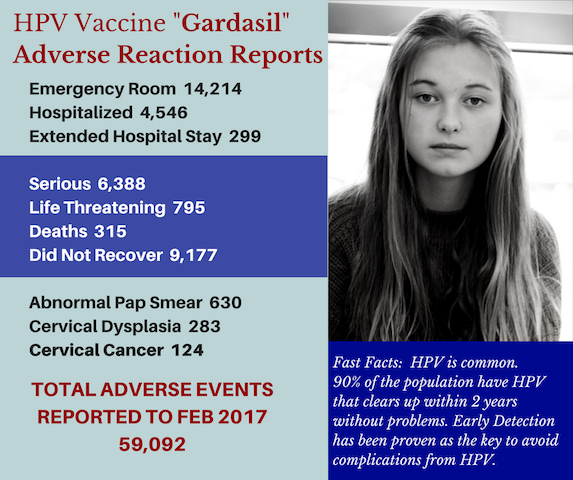 Let’s imagine a hypothetical scenario. What if there was a time when the general population was being relentlessly coerced into taking a particular drug? How would you know what to do? Where would you turn for the necessary context? Surely you wouldn’t just take the shot without doing your homework… right? That would be irrational. And you wouldn’t ostracize others for being hesitant… right? That would be even more irrational. Logically, you’d look up a relatively recent, similar scenario to see what you can learn from it… right? Well, in case you wind up in such an ugly situation, I’m happy to share such relevant context in advance:

The human papillomavirus (HPV) is the most common sexually transmitted infection. There are over 200 types of HPV and virtually everyone who has had sex will get it. HPV has no cure but it self-clears at least 98 percent of the time. In rare instances, it can cause cancer — particularly cervical cancer. However, such an outcome can be prevented through regular pap smears. Even with this proven method of prevention, a vaccine was developed anyway. Since cancers usually take years to develop, the vaccine’s effectiveness is unclear at best. As for safety, take a look at the photo up top… and I think this would be a good time to introduce Josh Mazer of Maryland.

Josh is not a radical and certainly not an “anti-vaxxer.” He wrote in a 2018 Capital Gazette article: “A properly administered, robust vaccine policy is instrumental in promoting the public welfare. I am concerned about the marketing strategies being used statewide to aggressively promote Merck’s HPV vaccine. In January, a career public school nurse approached me to discuss her role in promoting the vaccine. She said that was being ‘forced’ to market it to 11- and 12-year-old kids at her school. She produced a set of letters outlining the policy, one on Maryland Department of Health (DOH), the other on Montgomery County Schools, letterhead.”

Mazer went to work and learned that every school superintendent in Maryland received the DOH letter. It included phrases like:

Mazer was told that “the letters are supported by data from the Centers for Disease Control (CDC)” but the CDC denied any knowledge of the letters. Mazer filed a Public Information Act request with the Prevention and Health Promotion Administration and here is some of what he learned:

Big Pharma bribed Maryland officials to use an “anti-cancer” vaccine that INCREASES the chances of young girls getting cancer. Using "non-profits" to do the funding allowed for tax breaks and a semblance of distance. Related: A couple of the images I placed in this article are slides from a 2018 Maryland HPV Symposium. They show how physicians are financially rewarded for pushing the HPV “vaccine” on children. 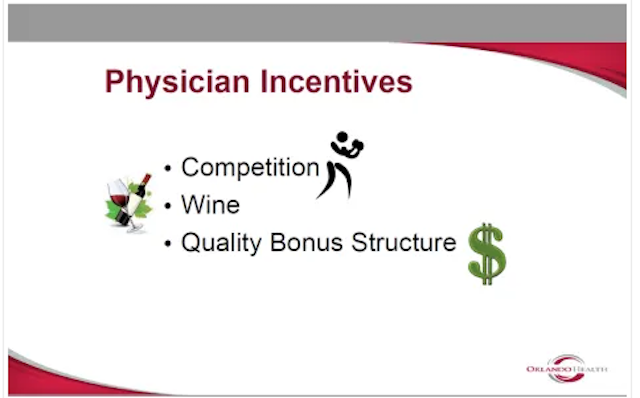 Here is Mazer speaking at a Maryland school board meeting in late 2019 (3 minutes):

So, just a heads up: If you — by some unexpected fluke — find yourself being coerced into taking a vaccine, you might wanna ask a few questions before lining up for the jab. It seems major pharmaceutical corporations along with licensed physicians are capable of lying to you — even if it can damage your health. Who knew? Again, just keep it in mind. You’ll probably never have an injection imposed upon you in a Free Country™ you but hey, ya never know.