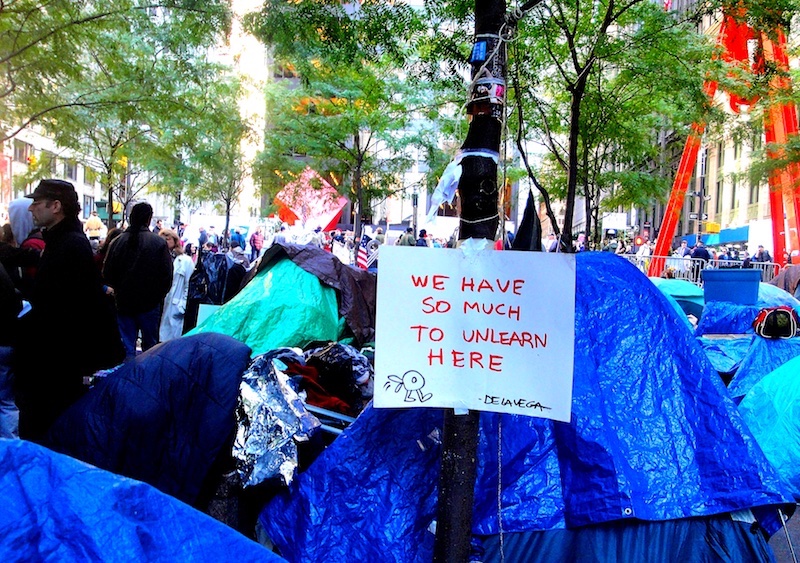 As many of you know by now, I’ve been running a one-man project called Helping Homeless Women-NYC for nearly four years. In that time, I’ve been given a unique perspective on “activism” from the view of some of the most vulnerable people I have ever met.

Recently, for example, a homeless woman told me how she had to stop panhandling because of the volatile protests near her regular spot. Translation: A woman already in the midst of a desperate struggle due to homelessness and the pandemic lockdown ended up losing out on much-needed donations thanks to window-smashing activists and head-smashing cops.

This reminded me of another homeless woman whose regular spot happened to be smack dab in the middle of the Women’s March route a couple of years ago. Not a single marcher gave her a donation or even a smile. Eventually, the cops forced the homeless woman to relinquish her spot for “security reasons.”

And don’t get me started on how many homeless women I’ve known who’ve needed restraining orders against violent men. Even with how terrible some cops can be, I can only imagine how these women feel when they hear un-nuanced calls to “abolish” or “dismantle” the police.

Why am I telling you all this? Well, I once was a very active, popular street activist. I marched and chanted and carried signs and gave keynote speeches for the full gamut of un-nuanced social justice issues… until I finally #woke up to how counterproductive such tactics and mindsets can be. It wasn’t until I re-allocated my time and energy to direct relief that I finally started to make an impact.

Now, as I witness a whole new group of people coming to awareness and demanding change, I feel compelled to share some of the lessons it took forever for me to learn. For the first installment of this series, the topic will be marching.

On Feb. 15, 2003, 36 million humans -- all across the globe -- simultaneously marched to show their disapproval for a major escalation of the U.S.-led war against Iraq. That war, for the record, had commenced with murderous UN sanctions in August 1990.

Widely accepted as the largest protest in history.

“Democracy is a beautiful thing, and that people are allowed to express their opinion. I welcome people’s right to say what they believe. Secondly, evidently some of the world don’t view Saddam Hussein as a risk to peace. You know, size of protest, it’s like deciding, well, I’m going to decide policy based upon a focus group.”

Spoiler alert: One month later, on March 19, 2003, a major escalation of the U.S.-led war against Iraq commenced. The aggression and occupation essentially continue to this day -- with no end in sight.

The largest protest in history, made up of 36 million activists, had no impact. In fact, one could convincingly argue it had a negative impact by further conditioning new activists to unquestioningly follow an antiquated paradigm. 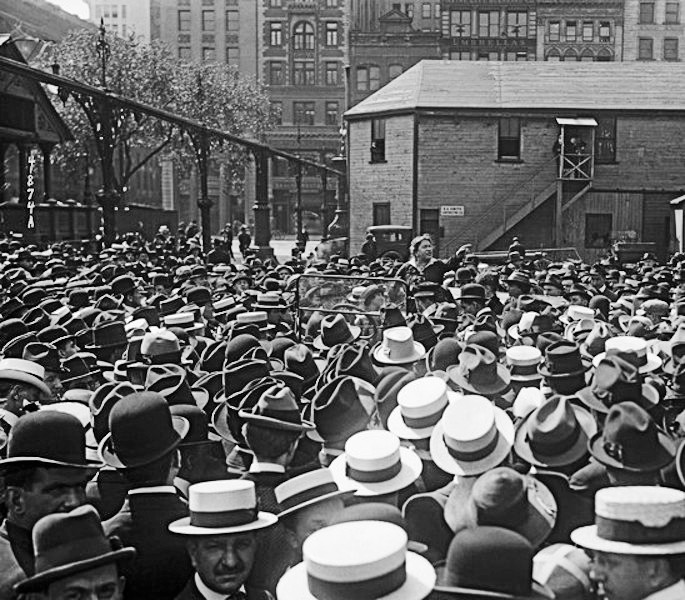 When I first began questioning activist approaches, I’d submit evidence like the above to my (now-former) comrades. They usually offered replies like:

What’s missing from these responses is any attempt to defend or rationalize tactics like marching. People will dedicate an incredible amount of time and energy to protests. Some will dedicate major chunks of their life to what they sincerely deem to be activism. But, when questioned, they are unable to justify their choices.

So… why do activists of all stripes patently refuse to re-examine their preconceptions? There are many varied reasons, of course, but I’d like to address three of them… beginning with long-term conditioning.

Basically, activists march because that’s what activists are “supposed” to do. In the United States, the gold standard for protest is the now-whitewashed civil rights movement. Malcolm X, the Black Panther Party, strong women like Assata Shakur and Angela Davis -- they’re all still around in the form of misquoted memes and commodified t-shirts.

But the guy at the front of the parade, the guy who got his own national holiday, is the guy who’s universally known for marching -- along with carrying signs, taking symbolic arrests, and preaching non-violence more than five decades ago.

When someone becomes an activist in 2020, they may reflexively, subconsciously think: “If it worked for MLK, who am I to challenge it?” This self-limiting message is reinforced 24/7 by status quo gatekeepers like Barack Obama:

“Take off your bedroom slippers. Put on your marching shoes. Shake it off. Stop complainin'. Stop grumblin'. Stop cryin'. We are going to press on. We have work to do. Even when folks are hitting you over the head, you can't stop marching. Even when they're turning the hoses on you, you can't stop.”

Question to ponder: Is it at all possible or even likely that the powers-that-be guide us into emulating the exact kind of activism they can easily deflect, co-opt, demonize, marginalize, or repress?

At the very most, going to marches allows for the slim possibility of encountering kindred spirits with whom you can potentially brainstorm new and better ideas.

More typically, a big march has become nothing more than an ideal venue for virtue-signaling selfies.

Reason #2 why the activism template feels like it’s been carved into stone: It takes a lot of work -- unglamorous, uncredited work -- to tear down and rebuild anything.

The reinvention of dissent is not gonna happen quickly. It’s not gonna be flashy or IG-ready either. As I know firsthand, it will also not garner you many “likes” nor win you any popularity contests.

Simply put, it’s way easier to let established groups tell you when and where to show up, what to chant, which hashtags to use, and what the latest color-coded profile picture is trending. Blind faith in the past and an unwillingness to break a sweat is a recipe for failure… in any venture.

Stubbornly refusing to surrender marching as a go-to tactic is not unlike launching a new business using only a landline. 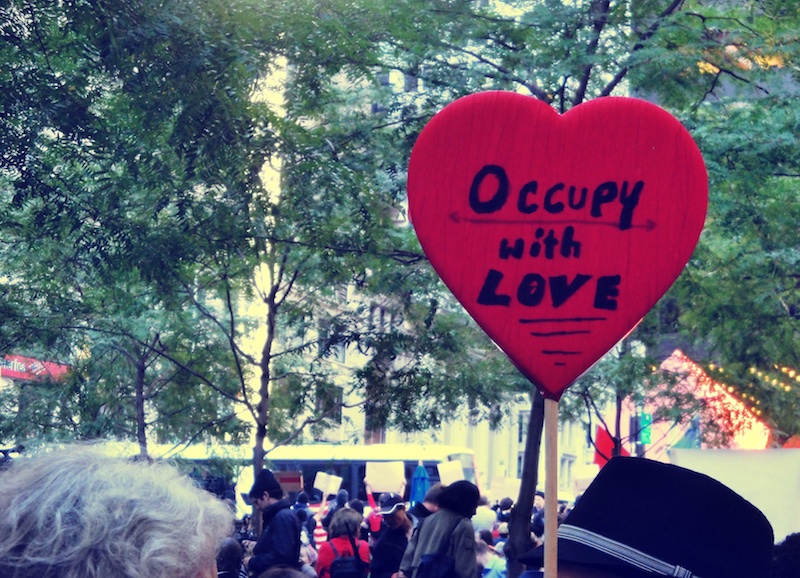 A third reason for subversive stagnation is ego. Who among us likes to admit they’re wrong? Who doesn’t dig in their heels when told that they’re not keeping up with the times? Success in any realm of life requires a delicate emotional dance. We must believe strongly enough in ourselves to boldly put forth an agenda. Simultaneously, we must accept that we are more than capable of getting some (or many) things wrong.

Only when we begin to de-occupy our egos, can we identify some of our cognitive dissonances. It’s been said that heartbreak is your ego cracking. In the name of the common good and our shared future, we must risk that heartbreak by never becoming complacent and/or too sure of ourselves.

As some dude named Tyler Durden once opined: “Only after disaster can we be resurrected. It's only after you've lost everything that you're free to do anything. Nothing is static, everything is evolving, everything is falling apart.”

Let go of the past. Question all historical narratives. And if a tactic works, immediately start adapting it. Remember, whether you do so or not, the people in charge never stop adapting and that’s how they stay light years ahead of their opposition.

While you deconstruct the harmful activist hive mind and address your own anxiety about change, you can and must stay busy doing the grunt work that requires our attention in this moment. Refocus your good intentions away from marching and make an immediate impact by living a life of service. The vulnerable among us gain nothing from exhibitionist protests and they can no longer wait for us to figure out a new approach. They need and deserve our help right now.

While all the planning, strategy, and theory happens in the hope of discerning new avenues to sustainable social change, each of us must discover ways to create desperately needed results in our own community… right now:

Do all of this, and more, while working with others to dismantle the counterproductive blueprint of dissent.

Imagine a small army of volunteers putting down their placards and instead, taking part in evolving, compassionate service specifically addressing immediate needs.