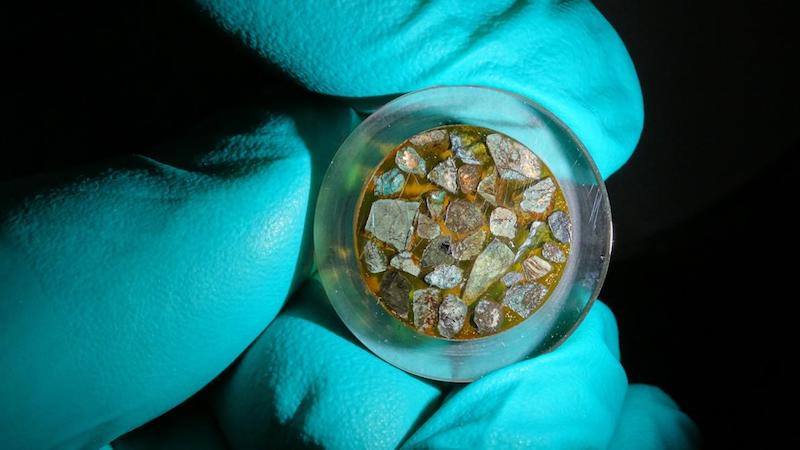 April 11, 2017 (Phys.org) -- An international team of researchers has found possible evidence of life ten kilometers below the sea floor in the Mariana Trench.

In their paper published in Proceedings of the National Academy of Sciences, the team describes samples of serpentine they collected from hydrothermal vents and the material they found in it that offers evidence of life living farther below the surface than was thought.

The Mariana Trench is the deepest part of any of the world's oceans. Its lowest point is 10,994 meters below sea level. It is located southwest of Japan, and has been an area of scrutiny ever since the development of underwater pilotless craft called Remotely Operated Vehicles (ROVs). Prior research has shown that the trench formed due to the Pacific tectonic plate sliding beneath the Philippines plate, making it a subduction zone.

In this new effort, the researchers used an ROV to extract 46 samples of serpentine from the ocean floor near the South Chamorro mud volcano, which they brought back to their lab for study.