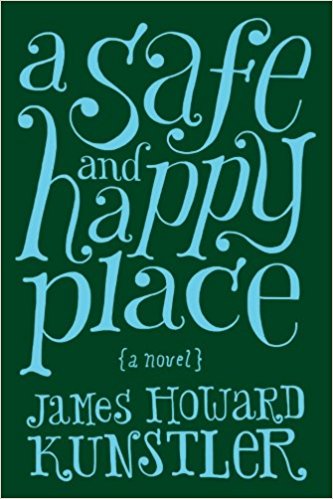 As you might imagine, I often hear from wannabe professional writers who have finished a book-length project and are horrified to discover that getting it published is harder than writing the damn thing. (They think I can help them — ha!) I offer them the sagest bit of wisdom I possess, which is that perseverance counts more than talent. A harsh message perhaps, but essential to incorporate in your world-view if you want to take up the vocation.

I came by this knowledge the hard way, having been fucked around by morons in the publishing industry my whole career — not to put too fine a point on it. If you can’t suck up endless adversity and carry on with the task at hand, then culinary school is probably a better career path for you. It’s especially troublesome if you produce something original, something that doesn’t fit into a tried-and-true marketing template. There is surely an inverse relationship between originality and success in mainstream publishing. Go ask Herman Melville.

The truth is, you are producing work that nobody asked for and that no one especially cares about. You have to grind away at this lonely business day-after-day to get the job done. The only thing that avails to keep you going is your own conviction that it is worth doing. Thus, the second morsel of wisdom I offer wannabes is to give up seeking validation from friends and relatives. I never ask friends to read my works-in-progress. If nothing else, reading loose manuscript pages is a pain in the ass. And most of the people I know spend so much time working in front of a video screen that the last thing they want to do is read your novel on a computer at home. As for mom and dad, they are understandably terrified that they will turn up as odious characters in the pages of your book, and in my case they often did. So I actually hoped they wouldn’t even crack one of my books open in the aisle of Brentanos. Happily, I have no evidence they ever read my published works.

Now that the book industry is whirling around the drain, like the music business before it, managing a career in letters is harder than ever. Publishers grow desperate and therefore only interested in works that seem like absolutely sure things — preferably books by celebrities with a TV-based following. They are, least of all, serious about literature these days (if such a quaint term is still comprehensible). For them, it’s down to throwing spaghetti at the wall to see if it’ll stick. There must be another way… and I was forced to find it.

I finished my latest “book” project last year around Halloween. In late December, my publisher turned it down. I’d been with The Atlantic Monthly Press, part of the Grove-Atlantic group, for seven books, starting with The Long Emergency. There was a story in my landing there. In 2004, my then-agent didn’t want to even bother trying to sell The Long Emergency. It was “too dark,” he said. This left me no choice but to drop the guy. On my own I tried to interest a half-dozen other experienced agents. They wrinkled their noses. So, I sent the manuscript out to two editors who had expressed some interest in my work over the years. The first guy, Daniel Menaker at Harper Collins, had a snit when he learned I’d made a multiple submission — a no-no for authors in those days — and told me to get lost. The second guy, the editor-in-chief at Grove Atlantic, Morgan Entrekin, offered me a contract. The Long Emergency turned out to be my best-selling book.

They eventually published my four-book World Made By Hand series of novels about life in a small New England town after the sort of economic collapse I described in The Long Emergency, a natural progression for me. I sensed they were none too happy about the project, but perhaps the chance that the series might be picked up by a cable network kept them on the line. My advances sank with each book. In any case, they never offered a kind word (e.g. “Hey, nice job… I enjoyed it….”). They did absolutely nothing in the way of marketing the books. So, when I handed in A Safe and Happy Place last year, they dumped me just in time for Christmas. My current agent didn’t want to try to sell it elsewhere, either. He said it was “off my brand” of hard-hitting polemical non-fiction and no other publisher would want it.

So I decided to publish it myself on Amazon, the arch-enemy of the mainstream publishers and booksellers. I enjoy writing fiction and believe that I do it pretty well, and I intend to persevere at it. I’m not convinced that the long-form work of fiction packaged as a novel will continue to exist as a literary artifact a whole lot longer — it is mainly a product of the past two centuries, which featured great advances in printing and the arrival of a middle-class with leisure time that could be filled with literature — but the novel is not quite dead yet. Anyway, human beings do like stories, whether printed and bound, played upon a stage or screen, or told around the campfire. We like to hear how the rest of the human race is doing.

And so here is A Safe and Happy Place, my story about a hippie commune in Vermont in the 1960s, an era which, all of a sudden, is now a half century ago — meaning the misty, distant past. Why did I decide to write the story of the Sunrise Village commune from a young woman’s point-of-view? Because I hadn’t done anything like it before. It was an interesting challenge, and with all the attention these days on the grievances of women, I wanted to create a plausible heroine who was not a complainer or a sap or a doormat or a designated victim, but a fully imagined capable person without an annoying ideological agenda.

I knew that a lot of people would bristle at the attempt — as if I lacked the credentials to try such a stunt. And, who knows, it may be a reason that my publisher dumped it and me in this idiotically hyper-politicized moment in history. Anyway, I feel that I successfully channeled my narrator, Erica “Pooh” Bollinger from the first sentence, and she lived in my head vividly until the job was done. And now I rather miss communing with her every day. In case you’re wondering, I did not suffer any personal gender confusion in the process.

I liked Pooh more and more the deeper I got into the story — her pluck, her common sense, her humor, her skepticism, her moral compass. The things that came out of her mouth often surprised me. I enjoyed imagining the male-female dynamics of young love from a point-of-view different from my own cis-het-white-privilege bunker. Forgive me for saying it wasn’t that difficult. Sure, men and women are different, but they operate in the same universe and are programmed for a similar menu of emotions. Mostly, I was rooting for Pooh to come through her adventure safely and happily, and in the course of 368 pages she is transformed from a troubled teen to a confident and autonomous adult.

In real life, that journey for me was rather difficult, and that liminal period of development — what we simply call “growing up” — is one of the themes I find myself returning to in my fiction. It also happened that I was there, I was in college through the heart of the hippie era, I saw a great deal of the action — though I skipped Woodstock, thank you very much (crowds were not my thing). I never lived on a commune, but I visited several of them and saw how they operated. I was susceptible to the military draft, but I enjoyed a student deferment from 1966 to 1970, when they instituted the draft lottery, and then I drew nearly the highest number, 353 — nobody above 100 was drafted in the last five years of the Vietnam War.

Like Pooh, I was not entirely on-board with everything about hippie culture. A lot of it was just plain creepy to me. The radical politics of the day seemed nascently despotic to me. I was not into group gropes or spookish oriental mysticism. I went pretty light on the drugs. My “trip” was mostly being an observer of my times. I was interested in trying to understand it all. As it happens, Pooh’s story ends in 1968, before events like the Charlie Manson murders and the fiasco at the Altamont Music Festival drove the Age of Aquarius into darkness. A few years after that, I was working as a professional journalist.

The differences in generational behavior then and now — 1967 to 2017 — seem much less marked than the differences between 1967 and what went before. College kids today can still recite the lyrics to Beatles songs, and quite a few of them affect hippie-ish garb and long hair. When I was a sophomore in 1967, I couldn’t have told you the title of a single pop song hit of the 1920s, and we sure didn’t wear raccoon coats. We didn’t have computers, iPhones, Facebook or even answering machines in 1967, but we managed to find other ways to network, spread the “underground” news, and goof off with friends and lovers. The radical politics of the 1960s had the basic aim of ending a stupid war; today’s campus politics seem bent on starting one. Both styles of youthful idealism had and have their shortcomings, I suppose, and beyond the narrow realm of politics lies the greater magic of emerging into adulthood in this complicated world, with all its joys and sorrows. The 1960s was the time of my coming into personhood, and I wanted a fresh way of presenting the experience in fiction. Hence: Pooh Bollinger.

Authors don’t usually tell you this much about how they came to write a book, but I thought you’d be interested in how and why I decided to self-publish A Safe and Happy Place on Amazon. It’s my way of saying that I intend to persevere. I believe readers will enjoy the journey. If you do happen to like it, write a review on Amazon — it actually helps a lot. And a very big thanks to my Patreon contributors who made it possible to write this book in the absence of a publisher’s advance.