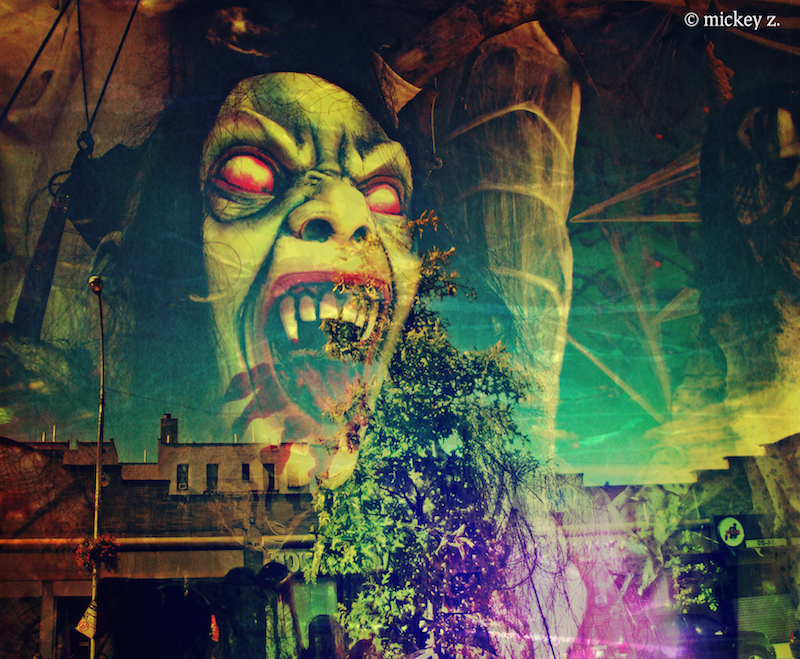 Word comes via ABC Australia that “scientists” (read: male necrotechnologists performing male-created necrophilia disguised as “science”) will “will reanimate a 30,000-year-old giant virus (longer than half a micron) unearthed in the frozen wastelands of Siberia.”

“A few viral particles that are still infectious may be enough, in the presence of a vulnerable host, to revive potentially pathogenic viruses,” explained dick-tator Jean-Michel Claverie, one of the lead researchers desperately trying to co-opt the power of creation.

What could possibly go wrong?

Claverie added: “If we are not careful, and we industrialize these areas without putting safeguards in place, we run the risk of one day waking up viruses such as smallpox that we thought were eradicated.”

“These areas” the phallocrat speaks of are those where permafrost is found. As the New York Times reported in 2011: "Experts have long known that northern lands were a storehouse of frozen carbon, locked up in the form of leaves, roots and other organic matter trapped in icy soil -- a mix that, when thawed, can produce methane and carbon dioxide, gases that trap heat and warm the planet. But they have been stunned in recent years to realize just how much organic debris is there."

One estimate of the methane stored in the west Siberian bog alone has it equivalent to emitting 1.7 trillion tons of CO2, which is more greenhouse gas than has been emitted by humans in the past 200 years.

“Some scientists expect the Arctic ocean to be largely free of summer ice by 2020,” adds the Guardian's  John Vidal. “The growing fear is that as the ice retreats, the warming of the sea water will allow offshore permafrost to release ever greater quantities of methane. A giant reservoir of the greenhouse gas, in the form of gas hydrates on the East Siberian Arctic Shelf (ESAS), could be emitted, either slowly over 50 years or catastrophically fast over a shorter time frame.”

Please allow me to introduce the, um, inconvenient truth that, as a greenhouse gas, methane is 20-30 times more powerful than carbon dioxide. More from the NY Times:

"When organic material comes out of the deep freeze, it is consumed by bacteria. If the material is well-aerated, bacteria that breathe oxygen will perform the breakdown, and the carbon will enter the air as carbon dioxide, the primary greenhouse gas. But in areas where oxygen is limited, like the bottom of a lake or wetland, a group of bacteria called methanogens will break down the organic material, and the carbon will emerge as methane."

FYI: Once the decomposition begins, It. Cannot. Be. Reversed.

“Safe laboratory conditions”
What can be reversed is the way we humans choose to live as part of a finite ecosystem. A dominant culture that runs on fossil fuels, industrial agriculture, the mantra of infinite growth, and other MAN-made machinations is doomed, by definition and design.

But, let’s be crystal clear: The dominant culture -- the structure threatening all life on earth, by definition and design -- is built upon a corrupt, violent, and hateful foundation of patriarchy. Male supremacy (and it tentacles, white supremacy and capitalism) is the culprit.

Without such a gonadic and necrophiliac system in place, there is no climate change, there is no melting permafrost, and there is no plundering of “giant” viruses and playing with them.

Which brings me back to the article cited at the top. We’re told by ABC Australia that Dr. Claverie and his colleagues will (in “safe laboratory conditions,” of course) attempt to “revive the newly discovered virus by placing it with single-cell amoeba, which will serve as its host.”

What could possibly go wrong?

More from the ABC report: “Unlike most viruses circulating today, and to the general astonishment of scientists, these ancient specimens dating from the last Ice Age are not only bigger, but far more complex genetically. In 2004, United States scientists resurrected the notorious ‘Spanish flu’ virus, which killed tens of millions of people, in order to understand how the pathogen was extraordinarily so virulent.”

How did such deluded male necrocrats “resurrect” that flu? Well… first they flew to Alaska where… um, they then took frozen lung tissues from (wait for it) a woman “who was buried in permafrost.”

Name The Problem
“Women,” explained Mary Daly, “who look to male-controlled organizations for help against gynocide can expect disappointment.”

Patriarchy has ruled and ruined for far too long. The result is homicide, genocide, femicide, ecocide, omnicide. The result is widespread necrophilia from which we just may have a chance to recover…if only we’d choose biophilia. If only we’d name the fuckin’ problem: Male Pattern Violence.

(With apologies, appreciation, and gratitude to Mary Daly for many of the terms and concepts herein.)

Mickey Z. is the author of 13 books, most recently Occupy these Photos: NYC Activism Through a Radical Lens. Until the laws are changed or the power runs out, he can be found on the Web here and here. Anyone wishing to support his activist efforts can do so by making a donation here.

"Melting Permafrost, Deadly Viruses, Male Scientists: What Could Possibly Go Wrong?" by Mickey Z. is licensed under a Creative Commons Attribution-ShareAlike 4.0 International License.
Based on a work at https://worldnewstrust.com/melting-permafrost-deadly-viruses-male-scientists-what-could-possibly-go-wrong-mickey-z.