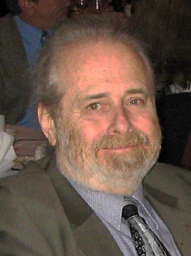 Oct. 9, 2010 -- In trying to understand how so many Americans adore people like Glenn Beck, Sean Hannity, Sarah Palin and Rush Limbaugh I have come to this critical understanding: Poorly educated, terribly informed, intellectually deficient and downright stupid people need idols.

They feel angry, frustrated, ignored, cheated and disillusioned by so much going on in American society. They find the emotional, political and philosophical rants by talk show, loud mouth celebrities matching and justifying their feelings.  Of course, those celebrities work hard to fan the flames of all that unhappiness and discontent, and also perpetuate ignorance and hate. They sell stupidity to gullible dummies, teaching them who to blame for their misery.

I am no conservative or liberal and I know I sound terribly condescending and will be viewed as an elitist by those dummies, not that they read much by those they do not idolize. However, I have spent considerable time following what these demon idols say and write to seriously investigate whether I might be missing something of value. But all I see are huge quantities of totally incorrect and distorted information, absolute nonsense, outright insanity, abuse of logic, exaggerations, toxic half truths, intentional disinformation, racism and bigotry, and extreme political views that have no connection to reality and offer no workable solutions to the nation’s complex problems. Slick sound-bite slogans push propaganda substitutes for verifiable facts.

How to understand how so many people can listen to such celebrities and not feel as nauseous as I and so many other Americans feel when listening to them? Clearly we must accept the disturbing fact that there are many millions of suffering Americans who are mental midgets, a sign of the dumbing-down of America. No surprise really when you remember there are millions of people wasting their money on gambling, lottery tickets, cons and scams, junk products and unhealthy foods, or unable to qualify for decent jobs because of a lack of knowledge and skills. Either they were born stupid (a harsh but true statistical reality) or the many ups and downs of life have robbed them of any critical thinking ability to see through the idiocy that these purveyors of poison peddle while making obscene millions of dollars.

Consider recent Pew Center Research poll results that showed 18 percent of Republicans do not know that the Democrats control the House of Representatives and 35 percent do not know who the Vice President is. Research has found Fox News butchers facts and its devotees are the most ignorant, and in recent years Republicans have overwhelmingly gone to Fox to get their news and information. Note: 80 percent who regularly listen to Rush Limbaugh or watch Sean Hannity are conservative. I’m not saying that “No truth, just spin” should be the Fox motto, but it sure fits.

I can easily relate to the many people treated unfairly, unjustly and even brutally by the political and economic system. But those who have drifted over to the dark side of the right-wing, conservative arena and become addicted to the rhetoric of delusion have nothing in common with those that once made the United States a noble nation worthy of respect. Their idols talk a lot about the Founders and Constitution, but share none of the fine qualities of those that created our republic. They also pick and choose what parts of the Constitution to adore, mocking the rule of law.

As an independent, I too am extremely critical of the political and economic system and how the middle class has been purposefully harmed by a rich and powerful Upper Class that has turned the nation into a plutocracy serving the greed of individuals and corporations. I want revolution and true reforms. I condemn both major political parties and see elections as useless anachronisms.

I too feel disenfranchised, full of dissent and disgust with broken government, broken educational and health care systems, crumbling inadequate infrastructure, widespread corruption and dishonesty, and an economy dispensing inequality and injustice.  Yet, try as I have, I cannot see any merit in what these powerful right-wing demigods dish out, all done to pump millions of dollars into their pockets and pump up their egos.  They sell themselves as the defenders of the downtrodden and abused, but this is just a con game designed to keep millions of dollars coming to them and their fellow fat cats.  When their supporters vote for Republicans they vote against their own economic interests, unless they are rich.

These false populists are fundamentally no different than the evil elite forces that this fraction of the population despises. Perversely, they have become a part of the ruling class they routinely condemn. They are the worst kind of idols, manipulating and soaking their audiences and admirers. They pitch poisonous, hateful and addicting fast food rhetoric, words as pleasing as salt, sugar and fat laden foods and as eagerly gulped down. This results in mental capacity becoming as clogged as the arteries in overweight and obese Americans.

What is evil? Right-wing hypocritical hucksters pitching messages of values, morals, freedom and patriotism crafted to sucker the least informed, emotionally stressed and unintelligent Americans for the sake of power and money. These idols live like royalty (for example, Limbaugh makes $60 million a year and Beck $35 million) while their loyal fans treasure fantasy expectations and block out information that would cause too much pain by piercing the delusions they have succumbed to. By putting their faith in false idols they become unknowing victims of the media corpocracy profiting from these idols.

What a culture, where so few can take advantage of so many and make fortunes doing it. The real goal of the demon idols is to further divide the nation, not fix it and make it better. Why? Because divisiveness is what sells and makes them big money. Shame on them. Those who worship them need more worthy heroes if they really love their country and want to make it better for all its citizens. The rest of us need to ignore the false idols and their followers, showing them no respect whatsoever, condemning them at every opportunity.