Looking for Conformity? Check Out the Far-Left | Mickey Z. 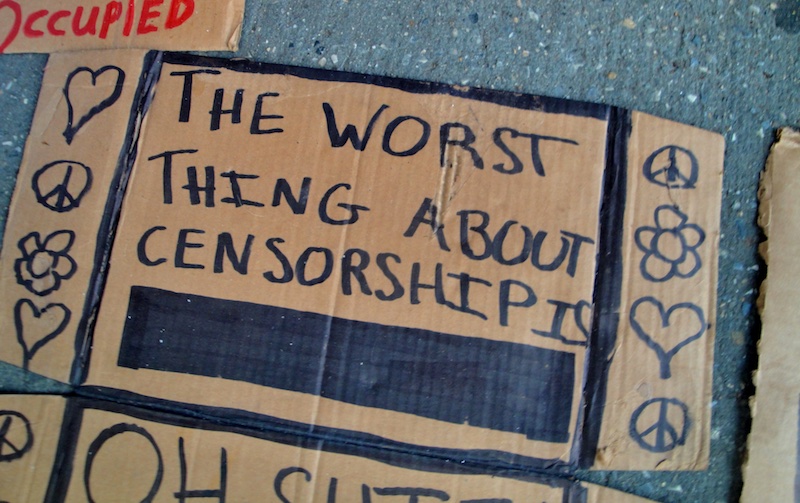 Consider this an intervention.

In his Fourth of July speech at Mount Rushmore, the president spoke of “far-left fascism that demands absolute allegiance.” He continued: “If you do not speak its language, perform its rituals, recite its mantras, and follow its commandments, then you will be censored, banished, blacklisted, persecuted, and punished.”

What’s that they say about how even a broken clock is exactly right twice a day? 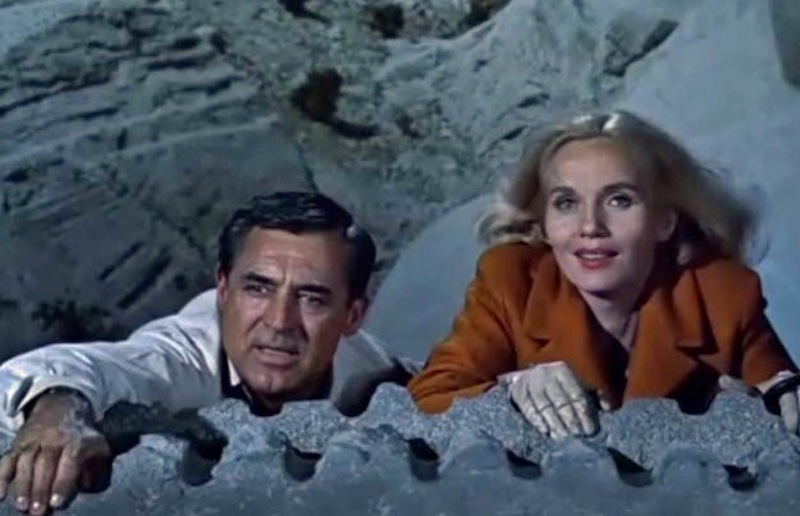 The date was Jan. 12, 2013. The location was Bluestockings Bookstore in New York City’s Lower East Side (a venue in which I haven’t felt welcome since 2015). The event was a literally overflowing, standing-room-only talk by yours truly. Every square inch of the store was jam-packed with “activists” of all stripes.

At some point, I declared: “I’m gonna go out on a limb and take a guess that the world has more than enough corporate lawyers, investment bankers, Wall Street executives, and real estate brokers. If you agree, clap your hands.”

“That went well so I feel safe playing another hunch,” I continued. “I also say the world could never have enough dreamers, poets, artists, activists, romantics, visionaries, fighters, militants, radicals, and non-conformists. Who agrees with that? Clap your hands!”

Buoyed by this response, I decided to “borrow” something from Steve Martin’s old stand-up days. I next asked (loudly): “How many non-conformists do we have here tonight?”

“Okay then, I’d like all you rebels to take the non-conformist pledge with me,” I said with a dimply grin. “Are you ready? (cheers) “Raise your left hand and repeat after me.”

With a bookstore full of self-proclaimed leftist radicals quite pleased by the prospect of breaking with tradition by raising their left hand, I quickly commenced the pledge.

“I am a non-conformist.”

(everyone enthusiastically repeated that line)

“I think for myself.”

(everyone enthusiastically repeated that line)

“I do not repeat what other people tell me to say.”

I chuckled and warned them that they needed to work on such easy obedience.

In retrospect, I should’ve left the microphone, bolted out the door, and never looked back. 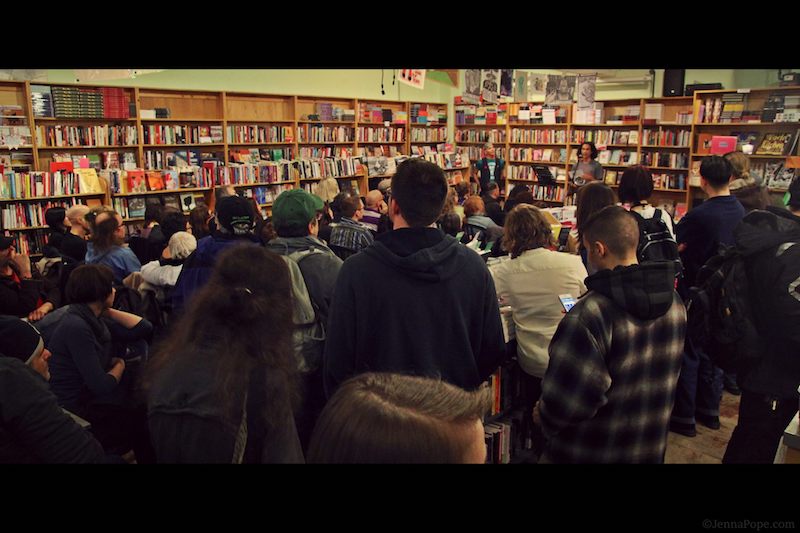 Extreme adherents of both the left and the right (using both terms in their generally accepted connotation) are some of the most rigid conformists I’ve ever met.

I could go on and on about the Trump crowd with their MAGA hats, camo pants, refusal to wear masks, Confederate flags, downplaying of the pandemic, Second Amendment fetish, death threats to Dr. Fauci, and pathological need to repeat the words “fake news” and “all lives matter” over and over. But that’s not only low-hanging fruit, it’s common knowledge.

What’s less obvious is the “far-left fascism that demands absolute allegiance,” as the president’s speechwriters phrased it.

I spent many, many years in radical left circles. As a trusted voice and confidant, I had countless compatriots confide in me. They desperately wanted to be part of creating a more just world. They also wanted to fit in. Let’s just say the cognitive dissonance was weighing them down.

In-person or via secret messages, I’ve heard covert confessions of “unacceptable” viewpoints on topics ranging from voting to animal rights, abortion to white privilege to trans rights, rioting and looting, Israel/Gaza, the need for police, and beyond.

Classic narcissism of small differences stuff but... every single one of the personal opinions I was entrusted with, if stated aloud or posted online, would have indeed gotten them “censored, banished, blacklisted, persecuted, and punished” by their now-former comrades.

It’s as simple as this: Repeat the mantras (whether you fully believe them or not). Share the designated memes. Scream the ordained chants. To not follow the commandments is to be canceled. It is to be guilty of thought crimes.

You’ll get no second chances from the "free speech," “another world is possible” crowd. Healthy debate and discussion is heresy -- worthy of being publicly mocked online. In some cases, it justifies the loss of a career.

How dare he question sacred "activist" tactics? There is no grey area. Like religion. Very much like religion.

Think about it: Light a candle in church or hold a candlelight vigil. Ask the heavens for signs or carry signs and have faith that they magically create change. Dress up on your holy days. Dress up your Facebook profile picture in the proscribed colors. Shake hands and say “peace be with you.” Hold hands in the shape of a peace sign. You can pray. You can virtue signal.

In both organized religion and organized activism, you can do anything you want… as long as you obey the rules, of course. Study the gospel. Follow your leaders. Convert or condemn the heathens. But if you stray from the orthodoxy, you will be excommunicated.

What all this means in the bigger picture is that we’ll never, ever have an effective, fluid movement on the left. Let’s say you want to do the noble, much-needed work of being anti-racist or challenging rape culture. The group that has already laid claim to these issues will not welcome you unless you “speak its language” and “perform its rituals.” Remember, this is the same inept, hapless faction that can’t get out of its own way (and the same predatory hypocrites who often prop up racism and rape culture through their own actions).

Every new #woke person is expected to surrender their faculty for independent thought in order to pass the all-or-nothing litmus tests required to join a sect of “activists” utterly incapable of attaining results. It becomes a circle jerk, a self-fulfilling prophecy of failure anointed at the altar of Twitter. It will stay this way until enough open-minded individuals dare to break the stranglehold this camp has on both tactics and behavior.

Until then, the left will remain like a long-running off-off-off-off-Broadway show in a decrepit, always empty theater. The cast may fluctuate but the script is sacrosanct. And if the play never wins any awards, well… that’s only because “they” have rigged the game against “us.”

Breaking news: The left rigged the game against itself a long, long time ago. 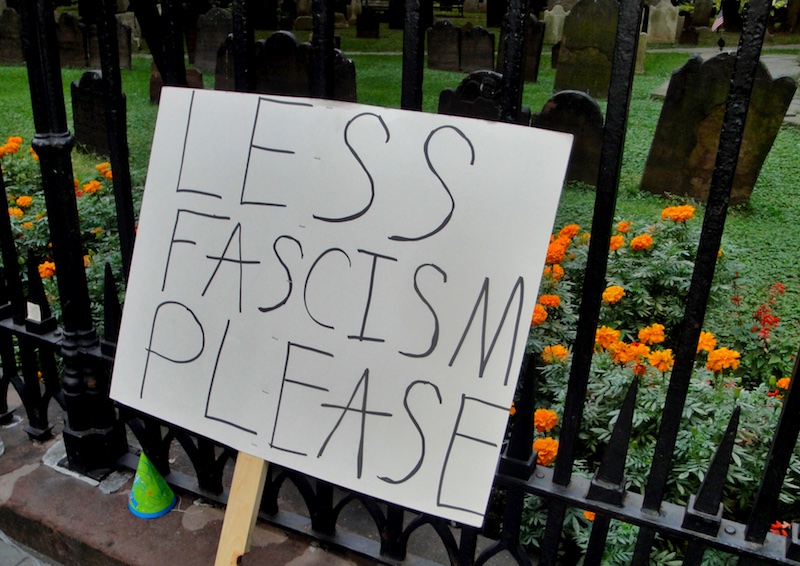 As he rode off into the sunset, the now-canceled George Washington warned future generations against the formation of political sectarianism. He explained: “The alternate domination of one faction over another, sharpened by the spirit of revenge, natural to party dissension … is itself a frightful despotism … (which) leads to a more formal and permanent despotism.”

What’s that they say about how even a broken clock is exactly right twice a day?

The right and the left, as they march in lockstep within their respective hive minds, reflexively hate each other. It’s become unthinkable -- and blasphemous -- to even imagine having any shared interests or goals across the chasm. Thanks to the “spirit of revenge” Washington warned us about, any thought of collaboration or reconciliation is forbidden.

The left and the right no longer hear each other so they just pretend they already know what the opposing “faction” says and thinks. What matters more than any hint of the common good is the personal good of performing correctly for each other and being rewarded by your echo chamber. With the help of social media, it's become more important to appear virtuous than to be virtuous.

Ironically, the opposing poles of the political spectrum view themselves as outlaws, radicals, and rebels. Meanwhile, they are compliant conformists -- each side goose-stepping in its own matching uniforms. Meanwhile, the proverbial 1% forges forward, fueling the discord through their media wings while profiting mightily off the dysfunction.

Imagine how liberating it would be to rediscover the subversive pleasure of thinking for yourself.

Consider this an intervention.

Looking for Conformity? Check Out the Far-Left by Mickey Z. is licensed under CC BY-SA 4.0