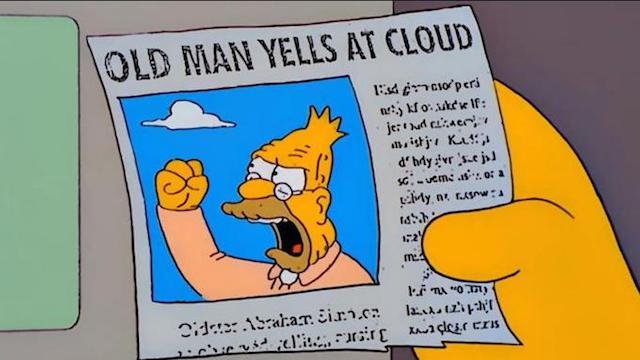 While walking home from Astoria Park the other day, I passed Riccardo’s By the Bridge. (FYI: Nobody in Astoria ever called it anything other than “Riccardo’s.”) The bridge in question was the Triborough Bridge but it’s since been renamed the RFK Bridge. (FYI: Nobody in Astoria ever calls it anything other than “the Triboro.”) Anyway, the centrally located Riccardo’s was Astoria’s number one catering/event location since it opened in 1951. I firmly believe there is not even one old school Astorian who has not attended a wedding reception, graduation party, etc. at this venue. Spoiler alert: Riccardo’s recently closed due to the Covid (over)response. Here’s what I saw when passing it the other day: 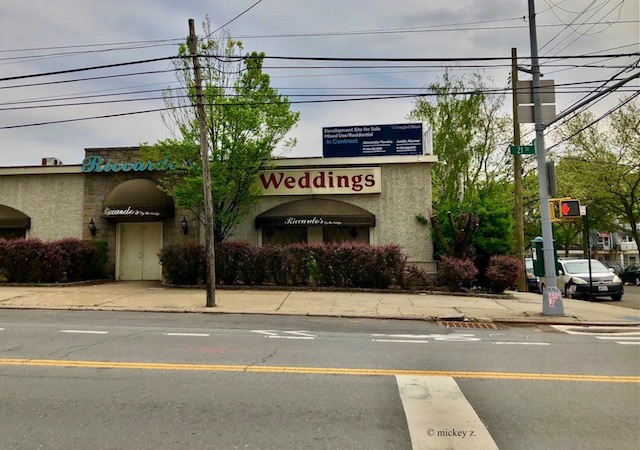 I’ve already written plenty about how the lockdowns are proving to be more damaging and deadly than the virus. So, for now, I’ll let you read how the owners of Riccardo’s broke the news before I move into my own remembrance: 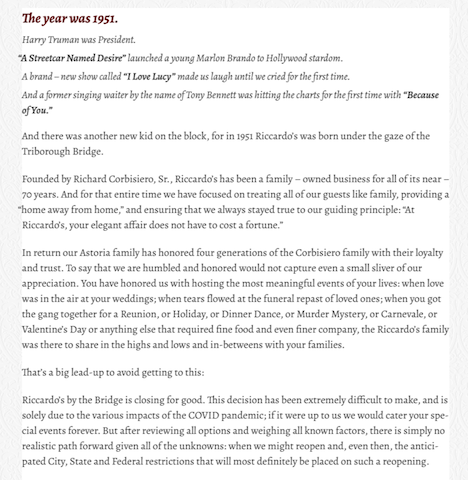 When I was 13, my friends and I convinced the local YMCA to create and sponsor a 14-and-under touch football league. Between our neighborhood and some of the 14th Street crew, we fulfilled the YMCA requirement of at least four teams of starters and reserves. We even got some of the older crew to volunteer as coaches (including Tommy D., you read about him here). So, our idea was accepted. The league was launched and all that was left to do was draft the four teams.

Since me and my best friend Bobby were the top players, everyone else insisted that we not be on the same team. This sucked for many reasons but we were used to it by then. Worst of all, from a competitive sense, was that Bobby was the only legit quarterback out of the bunch. Thus, his team would have a clear advantage. I ended up on the Vikings with a guy named Dave as QB. Bobby spearheaded the Giants. The other two teams were left to battle for third place.

The Vikings’ strategy was primitive. I was the fastest player in the league so I’d ask Dave to throw the ball as far as he could. My job would be to outrun everyone else to where the ball ended up. It worked well enough for us to crush two of the teams every time we played them. When we faced Bobby’s Giants, however, he and someone else would double-team me — knowing Dave was not skilled enough to work around such coverage. We hung with the Giants in our two regular-season games but lost both. Come playoff time, the title game went down to the wire but Bobby’s Giants emerged victorious yet again. Bobby and I were named co-MVPs for the season. Hold that thought as I go off on a somewhat related rant. 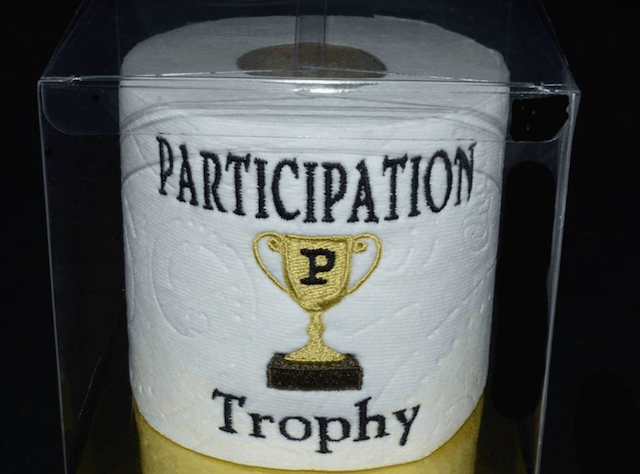 I’m not a big fan of participation trophies and I’m glad they didn’t exist during my younger days. I get it. I understand that traditional trophy-giving can create over-intense competition — not to mention some very obnoxious parenting. But when did we start acting like kids don’t have different skill levels, depending on the task at hand? Some can’t carry a tune or hit a game-winning three-pointer or execute a “perfect” gymnastics routine. Accepting this creates space for children to assess what they like to do and to also set realistic expectations.

This is not to say that we can’t provide some form of recognition to all those who tried. Everyone should feel welcome to step up to the plate. But let’s not mistake that for coming in first place. Awards and titles give us something to strive for. They also serve to prepare us. I may despise the capitalist mindset but, since it rules the day, are we doing kids any favors by pretending it doesn’t? Surely we can find a healthier balance of raising compassionate humans while buttressing them for the ugly realities that they will inevitably face. After all, just because their grade school has eliminated the concept of winners and losers doesn’t mean real life will ever do the same. [rant over] 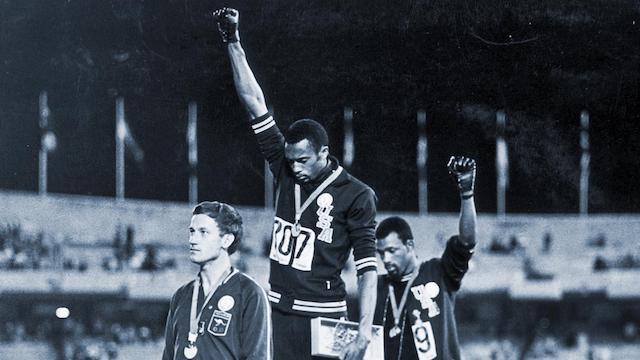 I’m not, by nature, an aggressive person — but it can be brought out in me. My Dad was incredible but always very easy on me. He’d let me win any game I played against him — from checkers to a footrace and so on. My uncle (my mother’s younger brother), on the other hand, lived in the same building as us and he NEVER let me win (much to my Mom’s chagrin). I can imagine him perhaps cringing as he reads this but he has nothing to feel guilty about.

He helped motivate me to struggle and improve and not just in sports. Each week, he’d give me a vocabulary word well beyond my school grade level. If I could spell it and use it properly in a sentence within two or three days, I’d get some pocket change. You can bet your ass I never failed at this game. Why? There were no participation trophies, that’s why.

My parents’ unconditional love was an essential part of my development. Running parallel to that, my uncle’s stricter style helped prepare me for the world of sports. Both of these influences added up to help explain why I was co-MVP of that YMCA football league way back when. It also explains how all of this neatly brings us back to the now-defunct Riccardo’s By the Bridge.

The YMCA decided to hold a breakfast banquet to honor the MVPs and champions from all of its winter sports leagues that year. The location, of course, was Riccardo’s. Since it was to take place on a weekday morning, Bobby and I had to get permission from our parents and our school to attend. Two long-haired punks in fancy dress clothes showed up that morning to receive our awards in front of what felt like a huge crowd. For us, it was bigger than the annual Heisman Trophy dinner. We earned that award the hard way and I can still recall the pride I felt when my name was called. In fact, it all came rushing back to me when I walked past Riccardo’s the other day. Thanks for the memories…