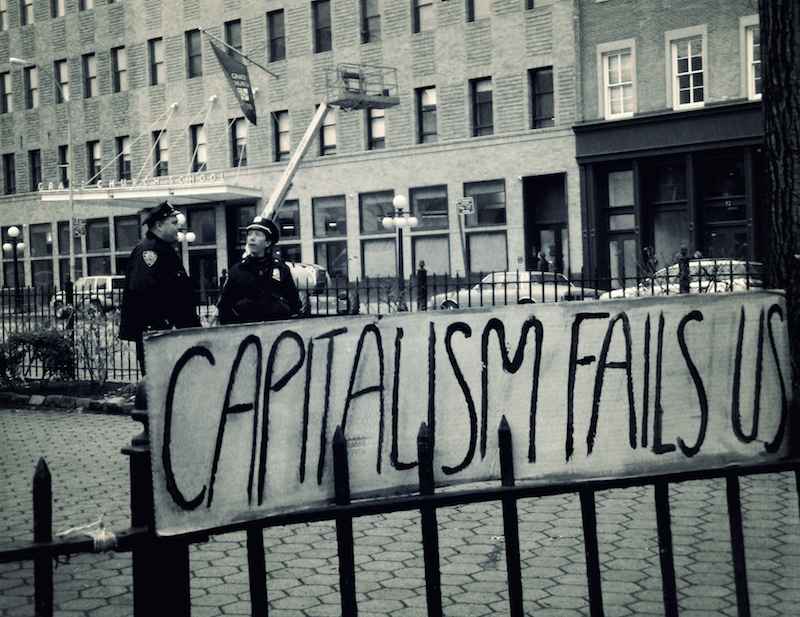 The federal Dietary Guidelines Advisory Committee, for the first time, has recommended avoiding meat and dairy products which, as reported by Wall Street OTC, “are considered to lead to illness and obesity in America.”

The preliminary report goes on to state that a diet “rich in plants and which contains fewer animal-based foods is healthier for the organism and is also good for the environment.”

Understandably, my vegan comrades lit up social media with this news along with a wide array of statistics (some reliable, some not) on how animal agriculture is killing the eco-system. “Go vegan,” was the general gist, “and the planet will be saved.”

Before I address this common claim, let me firmly state, for the record: Yes, of course, it would be an amazing step in the right direction for all species if every human who was logistically able to do so, went vegan.

Let me also state: Such a seismic shift would not end our march towards ecocide.

Yes, animal agriculture is a plague upon our shared landbase, but… it’s still a symptom. To “save” the planet, the disease we must address and eradicate is capitalism in all its deceptive and myriad incarnations.

But even most activists willingly and counterproductively genuflect at the altar of profit margins. Just like mainstream folks they deride, many if not most radicals parrot homilies passed down to them by their corporate commissars. Capitalism, we’re conditioned to believe, may need the occasional tweak and sometimes an overhaul, but hey, it’s better than anything else out there!

Prices may be controlled, wages can be raised, products might be made to last longer, etc. etc. etc. -- but what all this ignores is that capitalism = ecocide.

Until There’s Nothing Left
Understanding capitalism and explaining its inherent harmfulness to others does not require an advanced degree or superior insight. This isn't about vague, inapplicable concepts like "good" or "evil” and it certainly has nothing to do with the fantasies bandied about by economics professors.

It's all about design.

Capitalism is an economic system based on perpetual growth and the relentless exploitation of what we've come to call "natural resources." By definition, such an approach is unsustainable, cannot be reformed, and is thus, anti-life.

To gain access to and control of resources, capitalism requires brutal, sustained military interventions (or the threat thereof). The U.S. Department of Defense, for example, is the world’s largest, most dangerous military power and the planet's worst polluter and eats up about half of all U.S. federal tax dollars.

Military interventions (or the threat thereof) lead to wars, war crimes, the propping up of authoritarian regimes, poverty and repression, environmental devastation, and eventually… corporate dominion over resources.

Resources are finite. They cannot/will not be replicated in a laboratory. Exploiting, poisoning, and consuming the ecosystem alters the delicate and symbiotic balance of the natural world -- which only leads to further devastation.

While other economic systems may address some of the vast human inequalities inherent in a capitalist society, unless such a system is designed in synchronicity with our shared ecosystem, it will do nothing to prevent the looming economic/social/environmental collapse.

So again: Should all those in a position to do so go vegan? Of course. Yesterday.

Is this enough? Not even close. To have any chance of securing a future, we must become dedicated and united anti-capitalistas.

Which Side Are You On?
To be anti-capitalist is to look beyond the next fiscal quarter, beyond national boundaries, and beyond the corporate propaganda.

To be anti-capitalist is to surrender privilege and choose solidarity over ego and fear.

To be capitalist is to prize shareholders over sharing, commodities over communities.

To be capitalist is to voice support for a toxic, poisoned, clear-cut landbase ravaged by unremitting war, disease, inequality, repression, incarceration, and discrimination.

To be anti-capitalist is to bravely see past the façade, recognize the myriad global crises, and have a bold new vision for the future -- a future that extends well beyond today's closing bell on Wall Street.

To be anti-capitalist is to recognize the urgent need to begin the process of creating a new system -- a system not for sale to the highest bidder; not based on celebrity, material consumption, physical beauty, or military conquest; a system that promotes unity and collective action while maintaining individuality and independence; a system that challenges us to think for ourselves and about others; a system that understands the connection between human behavior and non-human life.

To be a capitalista is to behave as if we are the last generation of humans.

To be an anti-capitalista is to appreciate the need to do much more than change our own lifestyle; it is to re-imagine our relationship with the natural world.

Which side are you on, comrades? The future is waiting on your decision.

©WorldNewsTrust.com -- Share and re-post this story. Please include this copyright notice and a link to World News Trust.

Lifestyle Changes (Like Going Vegan) Won’t End Capitalism by Mickey Z. is licensed under a Creative Commons Attribution-ShareAlike 4.0 International License.
Based on a work at https://worldnewstrust.com/lifestyle-changes-like-going-vegan-won-t-end-capitalism-mickey-z.