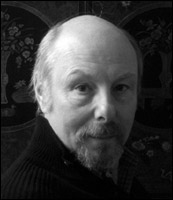 "There will be no 'hydrogen economy,'" Kunstler said. "No combination of natural substances in the world will run the interstate, Disney World, and Wal-Mart all at once."

Feb. 27, 2007 -- BALTIMORE -- Humanities Symposium keynote speaker James Howard Kunstler spoke critically about the nation's energy sources, and the plan for the future to a packed audience in McManus Theater at Loyola College.

This year, the Humanities Symposium theme is "Urban Spaces, Urban Voices," to connect to the Year of the City initiative. Kunstler's critiques of urban planning and his opinions about the political and social implications of suburban life made him a key candidate for the address.

In the lecture, Kunstler discussed his most recent book, "The Long Emergency," which argues against continued industrialization and discusses the global oil predicament our modern nation faces.

"Our problems are not just going to go away," Kunstler warned. "They're only going to get worse."  He provided the audience with a brief history of American oil production, recounting that there has been a great decline over the years. Throughout the lecture, he provided background information about the United States' long history with oil, including statistics concerning imports, exports and usage.

Kunstler claimed that the crude oil that remains is heavy and sour crude, not sweet and light crude. Heavy crude is harder to refine and thus creates many problems.

He went on to discuss the resulting energy crisis the nation faces, stating that U.S. political leaders have created a "tremendous fiasco" and an energy-scarce economy.

Throughout the address, Kunstler severely criticized alternative energy sources such as soybean oil, solar power, and hydrogen. He also said that the nation has failing political leadership on both sides of the political scale.  "There will be no 'hydrogen economy,'" Kunstler said. "No combination of natural substances in the world will run the interstate, Disney World, and Wal-Mart all at once."