Still photo of the late Alex Trebek on the set of Jeopardy! (credit unknown)

Recently, I’ve written articles in reaction to the deaths of both Ruth Bader Ginsberg and Edward Van Halen. Alex Trebek’s passing, however, did not provoke nearly the same feeling of loss from me but… it did inspire some Jeopardy! nostalgia. 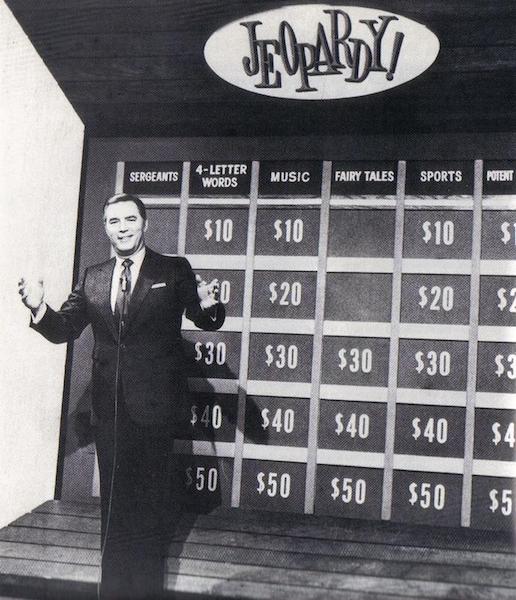 While I’ve never been much of a TV watcher, I clearly recall discovering Jeopardy! back in its early days. For many years, my sister and I attended St. Patrick’s grammar school together. At lunchtime, the students were offered three options. “Hot lunch” was for those who paid a small fee and got a school-provided meal in the cafeteria. “Cold lunch” was for students who brought their own food and also ate their brown bag lunch in the cafeteria. Because our mother was a homemaker, we were part of the third and smallest group: “home lunch.”

I have vivid memories of walking in the door to find our food ready and waiting. One of my favorites was Campbell’s Tomato Soup with an entire sleeve of Ritz crackers broken up into the bowl until it melted into what me and my Mom called “mush.”

While we got a different meal each day, there was something that never changed: a tiny black-and-white TV set was placed on the table in front of us. It would be tuned to NBC for Jeopardy! — hosted by its original star, Art Fleming. The fourth-grade version of me and the sixth-grade version of my sister would chow down while matching wits with the show’s writers and contestants. We were precocious viewers, if I say so myself.

Anyway, the 30-minute program perfectly matched our lunch break. By the time the “Final Jeopardy” winner was being congratulated, we were getting ready to walk a little less than three blocks back to school — our brains loaded with fresh trivia and esoterica.

Eventually, after the show was foolishly switched to an earlier morning slot, Jeopardy! floundered and was canceled. It was resurrected years later with Alex Trebek as the new host and became an institution. I’d usually find myself watching it whenever I was with my parents... especially after they moved to Texas. 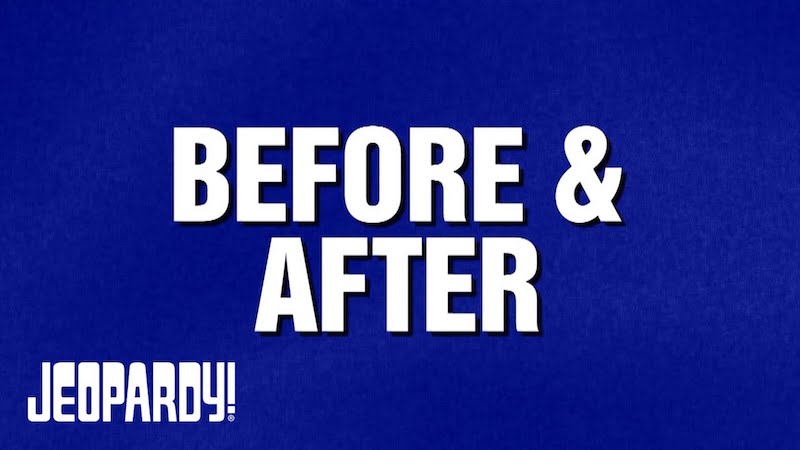 In his old age, my Dad would watch slack-jawed as I consistently aced about 95 percent of the answers. “Why don’t you go on the damn show?” he’d ask. “You could make a lot of money.” I’d assure him that it was a whole lot harder in front of a camera, competing against others.

Every time I’d visit and watch the show, my Dad would ask me this same question. If I displayed any minor annoyance at the repetition, I regret my impatience. Because what I wouldn’t give right now to watch just one more episode of Jeopardy! — hosted by Trebek or Fleming or both — with my Dad on the couch. To phrase that sentiment in the form of a question: “What is love?”