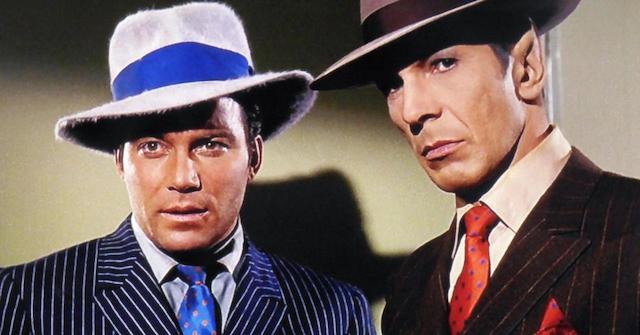 Still photo of William Shatner and Leonard Nimoy from “A Piece of the Action,” a Star Trek episode — first broadcast on January 12, 1968

As you can probably tell by now, I’m big on digging up the obscure context (read: facts) to find the angles that others ignore or don't even see. However, that tendency does NOT preclude me from entertaining a wide range of speculation in the more esoteric realms. Case in point: My article from February 2021, called “The Hidden & Mystical Power of Cats.”

With this in mind, I point you to a July 16, 2021 article in Science News called, “Only a tiny fraction of our DNA is uniquely human.” In that piece, Tina Hesman Saey (Senior Writer, Molecular Biology for Science News) reports:

“Only 1.5 percent to 7 percent of the collective human genetic instruction book, or genome, contains uniquely human DNA, researchers report in Science Advances. That humans-only DNA, scattered throughout the genome, tends to contain genes involved in brain development and function, hinting that brain evolution was important in making humans human. But the researchers don’t yet know exactly what the genes do and how the exclusively human tweaks to DNA near those genes may have affected brain evolution.” Saey adds that “Neanderthals and Denisovans, both extinct human cousins, may have thought much like humans do.” 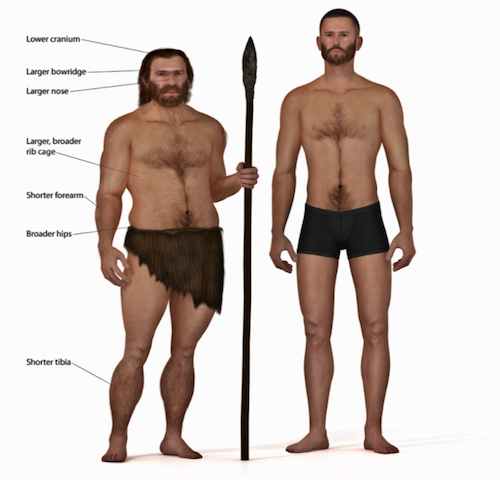 Join me, if you will, on a flight of fancy in the name of pondering what caused these so-called “human tweaks.” There was a point in human history when our species took an inexplicable exponential leap in cognitive powers — even if it only required 1.5 percent to 7 percent of their DNA. How and why? What changed? What happened? Was it magic mushrooms? Theories abound but since none can be proven or disproven, we’re free to speculate… aren’t we?

I’m not an aliens guy but I’m not not an aliens guy. I’m also not really a Star Trek guy but I know enough to be familiar with an episode called, “A Piece of the Action.” Here’s the basic premise according to the always-reliable Wikipedia:

“The Federation starship USS Enterprise has been ordered to Sigma Iotia II, where the space vessel Horizon was reported missing 100 years earlier. The ship receives a message from Bela Okmyx, an Iotian, who promises information about the Horizon and invites the crew down to the planet. First Officer Spock notes that their interference in the planet's development could violate the Prime Directive, but Captain Kirk points out that the Horizon's arrival a century ago would have already contaminated the culture. Kirk, Spock, and Chief Medical Officer Dr. McCoy transport to the planet. They find themselves in a city fashioned after an American city of the 1920s, and some of the residents appear to be gangsters carrying Tommy guns. … Spock discovers an Earth book, Chicago Mobs of the Twenties, published in 1992, and determines it was left by the crew of the Horizon. The Iotians have modeled their entire society on ‘The Book,’ which they regard with near-religious reverence.”

Perhaps you see where I’m going with this. What if our “human tweaks” were caused by outside interference at the precise moment when the Neanderthals and Denisovans were, um… phased out. If the Prime Directive were violated back then, it wouldn’t take much to empower one species to leapfrog everyone and everything else to establish dominance — leaving future generations to ponder and speculate what the hell happened.

In her article, Saey explains: “The genetic tweaks that make humans uniquely human may come in small parcels interspersed with DNA inherited from extinct ancestors and cousins.” What if those tweaks came from other sources? I'd trust this theory just as much — if not more — than any approved corporate science postulations. How about you? Perhaps this 8-minute video will inspire some skepticism:

Coda: At the end of the Star Trek episode, Kirk re-arranges the Iotians into a more peaceful arrangement but warns them that a Federation ship will come by once a year for a 40 percent cut of the planet's “action.” Wikipedia explains the final scene: “Kirk, Spock, and McCoy transport back to the Enterprise where Kirk proposes that the Federation's ‘cut’ be used in a planetary fund to guide the Iotians into a more ethical society. McCoy reveals that he left his communicator on the planet. Kirk and Spock note that the Iotians will analyze the technology. Kirk amusingly states that the Iotians may one day be in a position to demand ‘a piece of our action’!" P.S. Quentin Tarantino may soon be making a movie based on this episode.