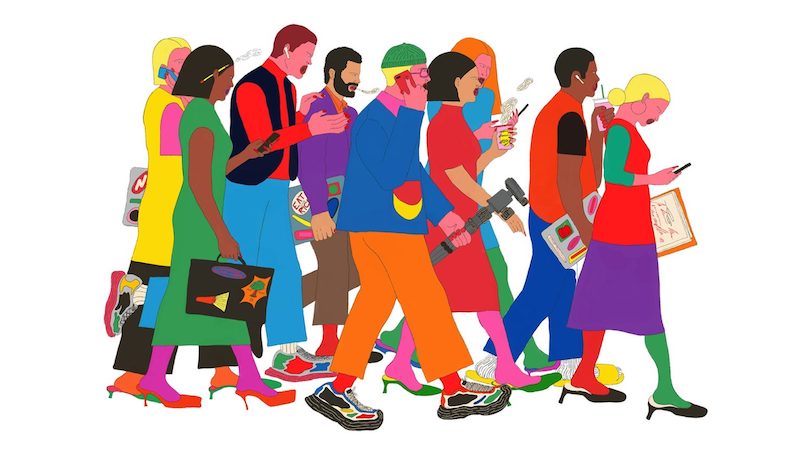 The creative class was supposed to foster progressive values and economic growth. Instead we got resentment, alienation, and endless political dysfunction.

Aug. 2, 2021 (The Atlantic) -- The dispossessed set out early in the mornings. They were the outsiders, the scorned, the voiceless. But weekend after weekend -- unbowed and undeterred -- they rallied together. They didn’t have much going for them in their great battle against the privileged elite, but they did have one thing -- their yachts.

During the summer and fall of 2020, a series of boat parades -- Trumptillas -- cruised American waters in support of Donald Trump. The participants gathered rowdily in great clusters. They festooned their boats with flags -- American flags, but also message flags: Don’t Tread on Me, No More Bullshit, images of Trump as Rambo.

The women stood on the foredecks in their red, white, and blue bikinis, raising their Pabst Blue Ribbon tallboys to salute the patriots in nearby boats. The men stood on the control decks projecting the sort of manly toughness you associate with steelworkers, even though these men were more likely to be real-estate agents. They represent a new social phenomenon: the populist regatta. They are doing pretty well but see themselves as the common people, the regular Joes, the overlooked. They didn’t go to fancy colleges, and they detest the mainstream media. “It’s so encouraging to see so many people just coming together in a spontaneous parade of patriotism,” Bobi Kreumberg, who attended a Trumptilla in Palm Beach, Florida, told a reporter from WPTV.

You can see this phenomenon outside the United States too. In France, the anthropologist Nicolas Chemla calls this social type the “boubours,” the boorish bourgeoisie. If the elite bourgeois bohemians -- the bobos -- tend to have progressive values and metropolitan tastes, the boubours go out of their way to shock them with nativism, nationalism, and a willful lack of tact. Boubour leaders span the Western world: Trump in the U.S., Boris Johnson in the United Kingdom, Marine Le Pen in France, Viktor Orbán in Hungary, Matteo Salvini in Italy.

How could people with high-end powerboats possibly think of themselves as the downtrodden? The truth is, they are not totally crazy. The class structure of Western society has gotten scrambled over the past few decades. It used to be straightforward: You had the rich, who joined country clubs and voted Republican; the working class, who toiled in the factories and voted Democratic; and, in between, the mass suburban middle class. We had a clear idea of what class conflict, when it came, would look like -- members of the working classes would align with progressive intellectuals to take on the capitalist elite.