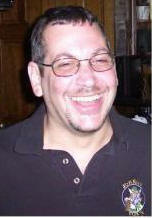 In the final episode of the first season of “Newsroom,“ the character “Sloan,” played by Olivia Munn mentions the term “Greater Fool” as coming from economics.

She states that someone who purchased something for more than its current perceived value was hoping to find a “Greater Fool” to sell it to for even more. The “Greater Fool” would buy it thinking that they would do better with the asset. She then goes on to say that this country was founded by “Greater Fools.”

The point she was making was that the Founding Fathers believed that they could do a better job with government than those that came before them.  The episode ends with an girl applying for an internship saying she knows what a greater fool is and wants to be one. The girl is the same one who got publicly humiliated by the lead, “Will McAvoy,” played by Jeff Daniels, in the series premiere.

When “The West Wing” went off the air after in May 2006, a piece on Slate.com speculated that the reason was because a “center-right nation” would not continue watching a show about such a left wing presidency. To be sure, after the 2004 elections, President Bush declared he had a mandate, and Karl Rove was talking about a permanent Republican majority. Six months later, however, returned control of congress to the Democratic Party (BTW, they know it’s not Democrat Party and deliberately mispronounce it).

In two consecutive elections, not a single Democratic incumbent lost, and nearly every single open seat went to them. However, in 2010, the economy still sucked, Republicans ran on “Where are the Jobs?” and $500 billion cut from Medicare and Weepy John Boehner became the Speaker of the House. We are told that we are a closely divided nation, a center-right nation. I don’t buy it.

More people identify themselves as conservative than liberal. We should not allow them to self-identify. Aside from the fact that if you added the center’s to the left’s you would also get a majority, it is simply not true that most people are conservative on key issues. The polling numbers on the question of whether we should cut Medicare or raise taxes, or should the government be more concerned with job creation than deficit reduction, get numbers for the left position that exceed the total of center and left identifiers.

So, Aaron Sorkin is back on the air with a liberal leaning show. We have Norah O’Donnell telling Paul Ryan that his vote to cut defense spending was a vote to cut defense spending. We have Chris Matthews telling Reince Preibus on “Morning Joe” that Governor Romney’s Birther joke and welfare ad are the race-baiting that they are. Suddenly, IOKIYAR (It's OK If You're a Republican) is not automatically true.

The Right likes to paint the Left as hating America. Nothing could be further from the truth. As “Newsroom” ably demonstrates, the Left does indeed believe in the greatness of America. We also believe that as great as we are, we can be even greater. Robert Wuhl, on his show “Assume the Position” referred to the Preamble to the Constitution as grammatically incorrect because of the phrase, “in order to form a more perfect union.” He argued that something was either perfect or not. He was wrong. We are not perfect, but we have a challenge and an opportunity every day to get closer, and that is what more perfect is.

The saddest day of my life, aside from September 11, 2001, was election day, 2004. I could not believe that Americans would elect President Bush after knowing what he had done. The Patriot Act, warrantless wiretaps, legalizing torture, the ability to declare anyone an enemy combatant. These are all serious violations of the Constitution. Yes, much of this has been continued under the Obama Administration. Wrong is wrong.

In this election year, I take comfort in many members of the media once again standing up for truth. They call “Bullpucky” to use Rachel Maddow’s term. It is not the media’s fault that the truth has a liberal bias. I would like to salute the increased presence of “Greater Fools” in mainstream media of late:

(Editor's note: World News Trust is non-partisan and does not endorse any particular candidate for political office. However, WNT contributors are welcome to express their opinions about political candidates and politically partisan issues.)