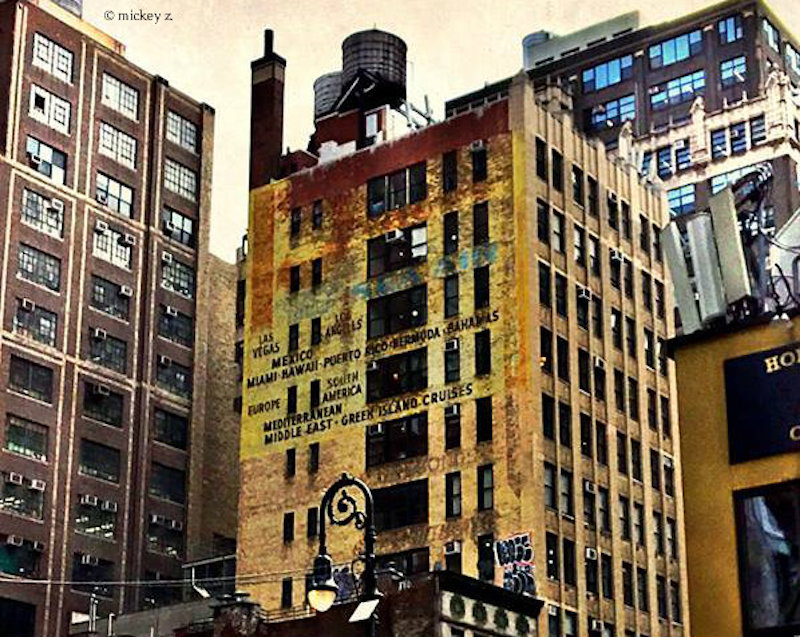 These days an advertisement can load a discount coupon onto your smartphone as you walk past. But not that long ago, ad men needed paint, stencils, and probably a crane lift. Above, for example: Peters Tours was located in the Britex Building at 600 8th Ave. (at 39th St.) from the early 1960s until 1985. They then moved out to 566 7th Ave. and stayed in business until 1999. 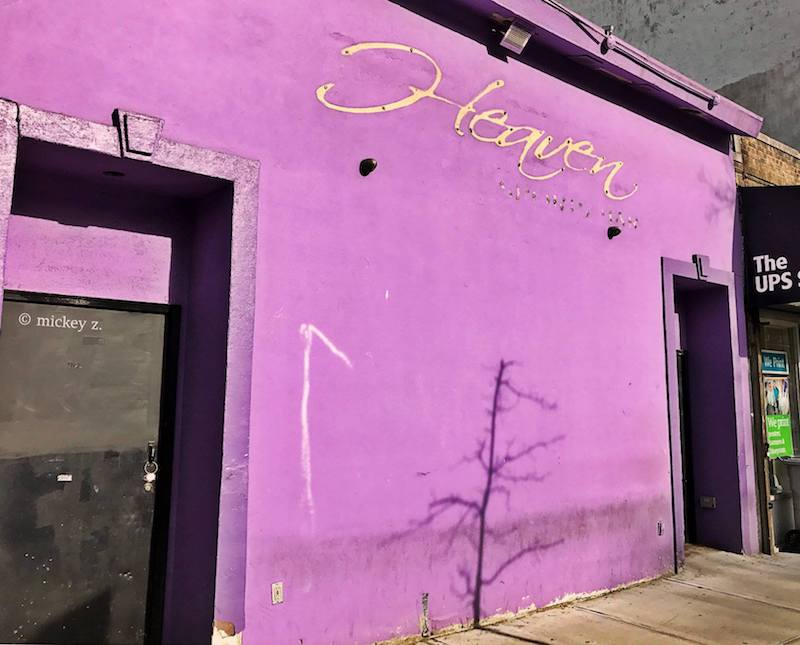 Spiritual ghost sign? Not even close. Heaven was ostensibly a “sports bar” but was known as a “bikini bar” and/or gentlemen’s [sic] club. A blight on Astoria’s Steinway Street landscape, Heaven was surely Hell for its female employees. But… thanks to a flood of complaints, the local Community Board denied Heaven a liquor license (there’s a phrase I never expected to type) and it closed! 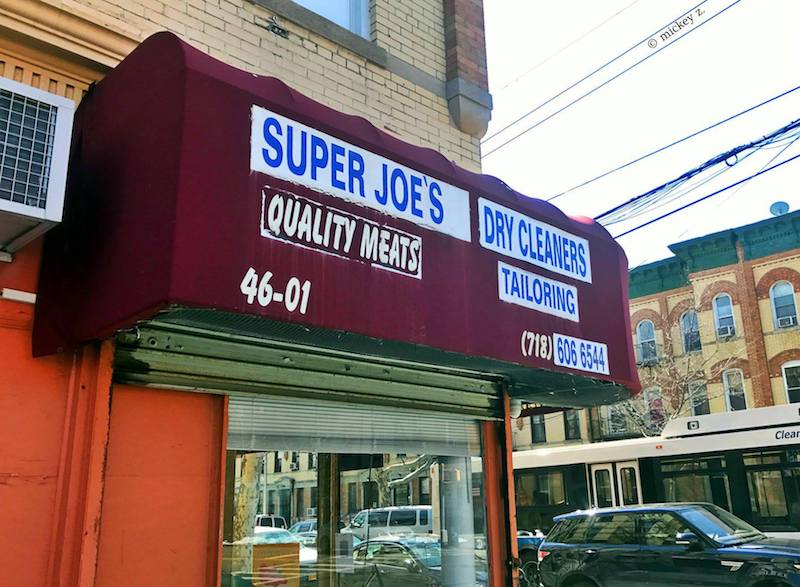 For about two decades, this location was home to a popular Astoria restaurant called "Souvlaki Source." When it closed, the incoming dry cleaners obviously decided to save a few bucks by repurposing the old awning... and leaving behind two ghost words from the original! 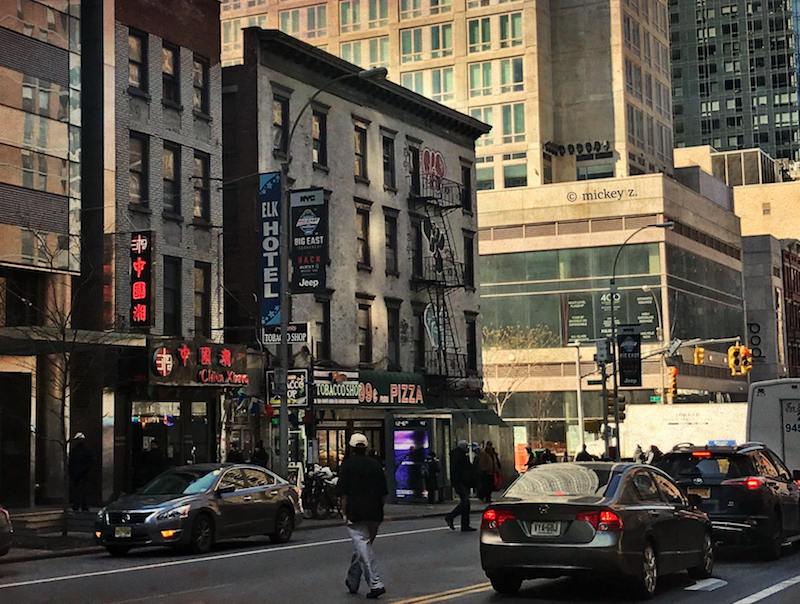 The Elk Hotel opened in 1925 and it was rumored George M. Cohan lived there for a while -- but it inevitably devolved into a classic pay-by-the-hour Forty-Deuce flophouse by the 1960s ($5 per hour and $40 per night as recently as 2004). The Elk somehow managed to survive the 1990s Disneyification of Times Square -- all the way until it was finally shuttered in February 2012. On Trip Advisor, a self-proclaimed “former crackhead” wrote, “this motel is the scariest place I’ve ever seen.” One can only imagine how many trafficked and runaway women and children suffered inside these walls. 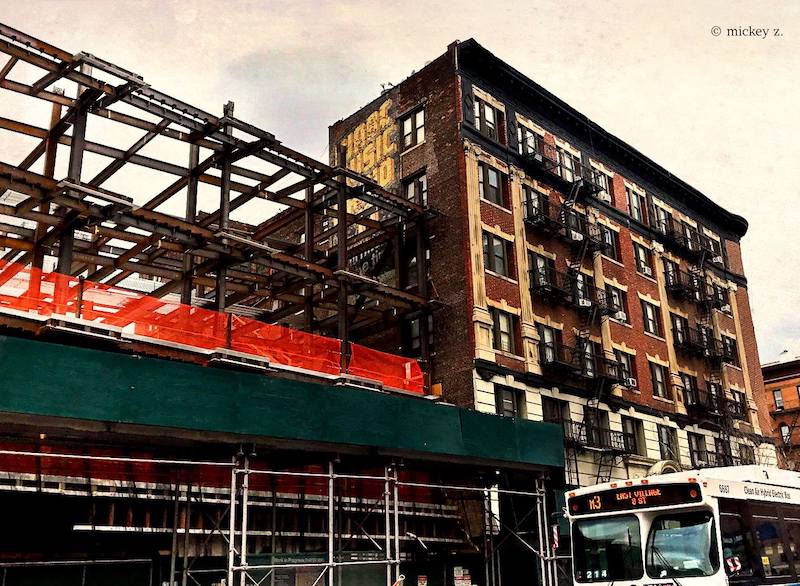 On the side of a building at 145th Street and St. Nicholas Avenue in Harlem, this ghost sign may soon be rendered invisible by construction. WABC MusicRadio 77 was a Big Apple institution from the early days of rock and roll until it went all-talk in 1982. Its iconic disc jockeys included Dan Ingram, Scott Muni, Harry Harrison, Ron Lundy, "Cousin Brucie" Morrow, and Chuck Leonard -- one of the earliest African-American DJs to be on the staff of a major mainstream radio station. Back then, you listened to WABC to hear Top 40 until you became “too cool” for pop music and switched over to WNEW 102.7 FM to hear what is now called “classic rock.”

Mickey Z. is the founder of Helping Homeless Women - NYC, offering direct relief to women on the streets of New York City. To help him grow this project, CLICK HERE and make a donation right now. And please spread the word!

This work is licensed under a Creative Commons Attribution-ShareAlike 4.0 International License.