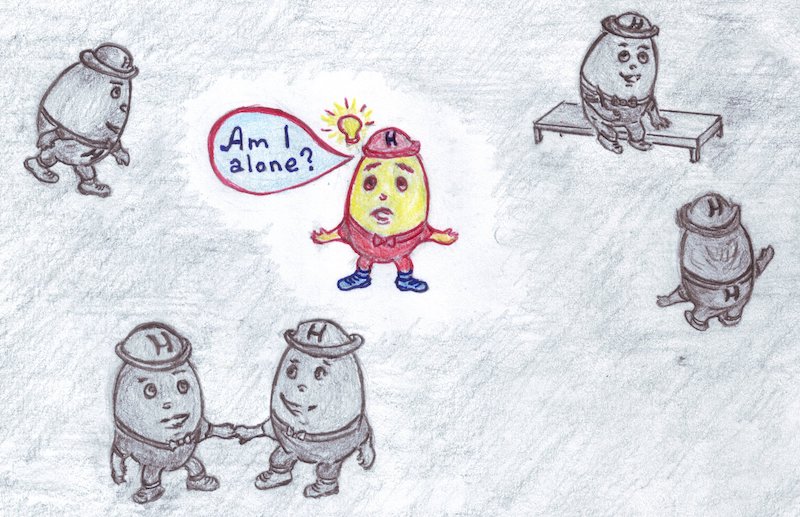 For each usual hydrogen atom there could be about 5 hydrogen atoms of the 2nd flavor and they are dark. Credit: Eugene Oks

Oct. 30, 2020 (ScienceX) -- The mysterious dark matter! The universe has five times more dark matter than normal matter. Dark matter is just as mysterious as the origin of the big bang.

Nobody knows exactly what dark matter is. The overwhelming majority of hypotheses resort to largely unspecified and still undiscovered subatomic particles or propose dramatic changes to the known laws of physics.

In my papers published in 2020 in two peer-reviewed journals (Research in Astronomy and Astrophysics and Atoms), I provided a much more natural explanation of dark matter, from which it follows that dark matter is not just elsewhere in the universe, but also around us. Specifically, there is a proof from atomic experiments that there are two kinds -- or two flavors -- of hydrogen atoms: the common ones and a second flavor. The second flavor of hydrogen atoms has almost no interaction with electromagnetic radiation: They remain dark.

There is also other evidence in favor of the existence of a second flavor of hydrogen atoms from astrophysics. Its existence could explain recent puzzling astrophysical observations in the radiofrequency range. Below are some details.