Examining and Comparing the U.S. response to AIDS and Covid-19 | Mickey Z. 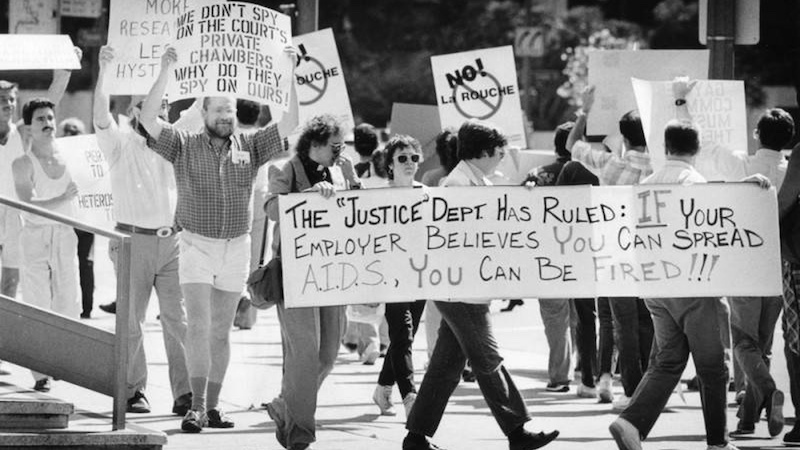 “What we have seen exposed as a result of this pandemic is how dangerous our health care system is because it is a business.” (Masha Gesson)

“One of the things that happens in America is that, when we have a cataclysm, it reveals fissures in society that have long been here.” (Sarah Schulman)

There are many obvious differences between the AIDS pandemic and the Covid-19 pandemic. However, similarities exist when perusing the response (or lack thereof), e.g:

“One of the things that happen in America is that, when we have a cataclysm, it reveals fissures in society that have long been here,” states Sarah Schulman, an AIDS historian, writer, and professor at the College of Staten Island of the City University of New York.

“In the 1980s,” recalls epidemiologist, Gregg Gonsalves, “we had a president who ignored the AIDS epidemic for most of his presidency -- didn’t mention AIDS until the seventh year of his terms. (Note: by that point, at least 12,000 Americans had died.) That malign neglect, which for President Reagan was probably based on homophobia and racism and fear of people who use drugs, is a very specific kind of malevolence and incompetence.”

Gonsalves, an HIV-positive gay man, has spent decades studying AIDs and other infectious diseases. Of the current federal response (or lack thereof) to Covid-19, he posits: “It’s also denial and neglect and an abdication of responsibility. But in this case, we’re not talking about what America back then thought of as disposable people. We’re talking about the entire population of the United States, particularly our elderly and our sick.”

Schulman, who co-founded the ACT UP Oral History Project in 2002, has also compared the AIDS/Covid-19 reactions:

“At the height of the AIDS crisis, HIV communities, which were already marginalized, imagined that if the virus had been affecting mainstream people as well, the government would've reacted -- tried to help -- because, famously, there was Legionnaires' disease, which affected members of the American Legion, and then-President Ronald Reagan acted promptly to address it. Now, we have a federal government that's so narcissistic that even though the coronavirus affects every single person in the country, it doesn't care.” 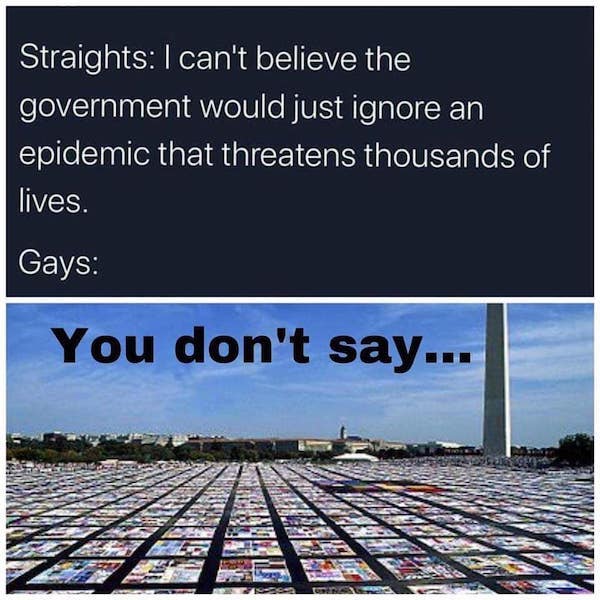 A meme circulating since March 2020

“I remember participating in demonstrations 30 years ago, chanting ‘health care is a right,’” says Masha Gesson, a journalist who covered the AIDS crisis. “And we still don't have that right. So in a way, the main object of the AIDS activist movement has not been achieved.”

We can watch endless loops of the current president talk of drinking disinfectant and promise that the pandemic will “disappear.”

For those of you who did not live through the early days of the AIDS epidemic, to follow is but one example of what Gonsalves calls “malign neglect.”

Ronald Reagan's press secretary, Larry Speakes, and members of the media laugh about what they called the “gay plague” in 1982:

“By the end of his presidency in 1989, Reagan had done nothing of substance, and the United States had suffered 89,343 deaths,” wrote Walt Odets, the author of In the Shadow of the Epidemic: Being HIV-Negative in the Age of AIDS. “The death rate was still rapidly rising, and more than 300,000 would be dead before the epidemic came under better control seven years later. Stigma had triumphed, and the death toll of young gay men was the fruit of its labor.” 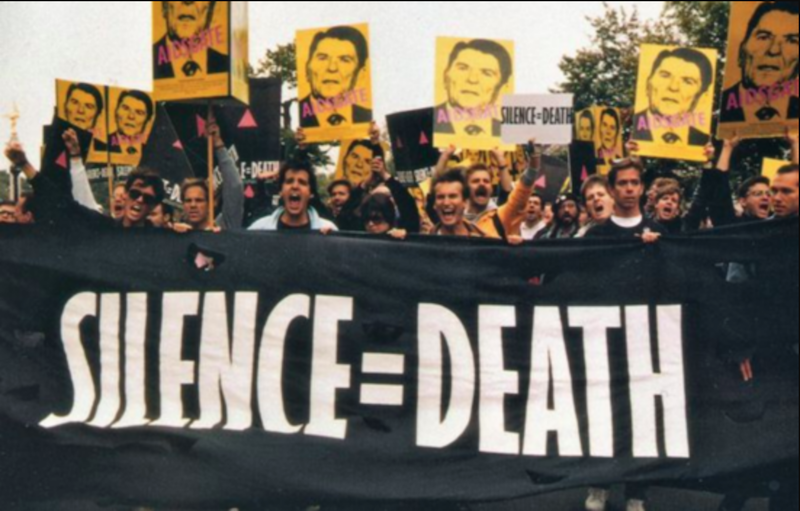 As I said in a recent article: If this is the best humanity could produce with the incredible gifts we’ve been given; if this is what’s accepted as normal by the majority of Homo sapiens on the planet, what we really need is to jump on this miraculous chance to hit the reset button… before it’s finally too late.

“Normal” is the disease.

Examining and Comparing the U.S. response to AIDS and Covid-19 by Mickey Z. is licensed under CC BY-SA 4.0