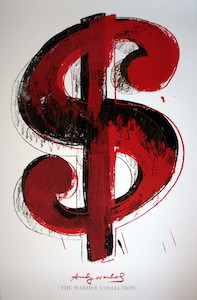 May 2, 2020 (Web Of Debt) -- Congress seems to be at war with the states. Only $150 billion of its nearly $3 trillion coronavirus relief package -- a mere 5 percent -- has been allocated to the 50 states; and they are not allowed to use it where they need it most, to plug the holes in their budgets caused by the mandatory shutdown.

On April 22, Senate Majority Leader Mitch McConnell said he was opposed to additional federal aid to the states, and that his preference was to allow states to go bankrupt.

No such threat looms over the banks, which have made out extremely well in this crisis. The Federal Reserve has dropped interest rates to 0.25 percent, eliminated reserve requirements, and relaxed capital requirements. Banks can now borrow effectively for free, without restrictions on the money’s use. Following the playbook of the 2008-09 bailout, they can make the funds available to their Wall Street cronies to buy up distressed Main Street assets at fire sale prices, while continuing to lend to credit cardholders at 21 percent.

If there is a silver lining to all this, it is that the Fed’s relaxed liquidity rules have made it easier for state and local governments to set up their own publicly-owned banks, something they should do post haste to take advantage of the Fed’s very generous new accommodations for banks. These public banks can then lend to local businesses, municipal agencies, and local citizens at substantially reduced rates while replenishing the local government’s coffers, recharging the Main Street economy and the government’s revenue base.

The Covert War on the States

Payments going to state and local governments from the Coronavirus Relief Fund under the CARES Act may be used only for coronavirus-related expenses. They may not be used to cover expenses that were accounted for in their most recently approved budgets as of March 2020. The problem is that nearly everything local governments do is funded through their most recently approved budgets, and that funding will come up painfully short for all of the states due to increased costs and lost revenues forced by the coronavirus shutdown. Unlike the federal government, which can add a trillion dollars to the federal debt every year without fear of retribution, states and cities are required to balance their budgets. The Fed has opened a Municipal Liquidity Facility that may buy their municipal bonds, but this is still short-term debt, which must be repaid when due. Selling bonds will not fend off bankruptcy for states and cities that must balance their books.

States are not legally allowed to declare bankruptcy, but Sen. McConnell contended that “there’s no good reason for it not to be available.” He said, “we’ll certainly insist that anything we borrow to send down to the states is not spent on solving problems that they created for themselves over the years with their pension programs.” And that is evidently the real motive behind the bankruptcy push. McConnell wants states put through a bankruptcy reorganization to get rid of all those pesky pension agreements and the unions that negotiated them. But these are the safety nets against old age for which teachers, nurses, police and firefighters have worked for 30 or 40 years. It’s their money.

It has long been a goal of conservatives to privatize public pensions, forcing seniors into the riskier stock market. Lured in by market booms, their savings can then be raided by the periodic busts of the “business cycle,” while the more savvy insiders collect the spoils. Today political opportunists are using a crushing emergency that is devastating local economies to downsize the public sector and privatize everything.

Unlike the states, the banks were not facing bankruptcy from the economic shutdown; but their stocks were sinking fast. The Fed’s accommodations were said to be to encourage banks to “help meet demand for credit from households and businesses.” But while the banks’ own borrowing rates were dropped on March 15 from an already-low 1.5 percent to 0.25 percent, average credit card rates dropped in the following month only by 0.5 percent to 20.71 percent, still unconscionably high for out-of-work wage earners.

Although the Fed’s accommodations were allegedly to serve Main Street during the shutdown, Wall Street had a serious liquidity problem long before the pandemic hit. Troubles surfaced in September 2019, when repo market rates suddenly shot up to 10 percent. Before 2008, banks borrowed from each other in the fed funds market; but after 2008 they were afraid to lend to each other for fear the borrowing banks might be insolvent and might not pay the loans back. Instead the lenders turned to the repo market, where loans were supposedly secured with collateral. The problem was that the collateral could be “rehypothecated” or used for several loans at once; and by September 2019, the borrower side of the repo market had been taken over by hedge funds, which were notorious for risky rehypothecation. The lenders therefore again pulled out, forcing the Fed to step in to save the banks that are its true constituents. But that meant the Fed was backstopping the whole repo market, including the hedge funds, an untenable situation. So it flung the doors wide open to its discount window, where only banks could borrow.

The discount window is the Fed’s direct lending facility meant to help commercial banks manage short-term liquidity needs. In the past, banks have been reluctant to borrow there because its higher interest rate implied that the bank was on shaky ground and that no one else would lend to it. But the Fed has now eliminated that barrier. It said in a press release on March 15:

"The Federal Reserve encourages depository institutions to turn to the discount window to help meet demands for credit from households and businesses at this time. In support of this goal, the Board today announced that it will lower the primary credit rate by 150 basis points to 0.25 percent…. To further enhance the role of the discount window as a tool for banks in addressing potential funding pressures, the Board also today announced that depository institutions may borrow from the discount window for periods as long as 90 days, prepayable and renewable by the borrower on a daily basis."

Banks can get virtually free loans from the discount window that can be rolled over from day to day as necessary. The press release said that the Fed had also eliminated the reserve requirement -- the requirement that banks retain reserves equal to 10 percent of their deposits -- and that it is “encouraging banks to use their capital and liquidity buffers as they lend to households and businesses who are affected by the coronavirus.” It seems that banks no longer need to worry about having deposits sufficient to back their loans. They can just borrow the needed liquidity at 0.25 percent, “renewable on a daily basis.” They don’t need to worry about “liquidity mismatches,” where they have borrowed short to lend long and the depositors have suddenly come for their money, leaving them without the funds to cover their loans. The Fed now has their backs, providing “primary credit” at its discount window to all banks in good standing on very easy terms. The Fed’s website states:

What State and Local Governments Can Do: Form Their Own Banks

On the positive side, these new easy terms make it much easier for local governments to own and operate their own banks, on the stellar model of the century-old Bank of North Dakota. To fast-track the process, a state could buy a bank that was for sale locally, which would already have FDIC insurance and a master account with the central bank (something needed to conduct business with other banks and the Fed). The state could then move its existing revenues and those it gets from the CARES Act Relief Fund into the bank as deposits. Since there is no longer a deposit requirement, it need not worry if these revenues get withdrawn and spent. Any shortfall can be covered by borrowing at 0.25 percent from the Fed’s discount window. The bank would need to make prudent loans to keep its books in balance, but if its capital base gets depleted from a few non-performing loans, that too apparently need not be a problem, since the Fed is “encouraging banks to use their capital and liquidity buffers.” The buffers were there for an emergency, said the Fed, and this is that emergency.

To cover startup costs and capitalization, the state might be able to use a portion of its CARES Relief Fund allotment. Its budget before March would not have included a public bank, which could serve as a critical source of funding for local businesses crushed by the shutdown and passed over by the bailout. Among the examples given of allowable uses for the relief funds are such things as “expenditures related to the provision of grants to small businesses to reimburse the costs of business interruption caused by required closures.” Providing below-market loans to small businesses would fall in that general category.

By using some of its CARES Act funds to capitalize a bank, the local government can leverage the money by 10 to 1. One hundred million dollars in equity can capitalize $1 billion in loans. With the state bank’s own borrowing costs effectively at 0 percent, its operating costs will be very low. It can make below-market loans to creditworthy local borrowers while still turning a profit, which can be used either to build up the bank’s capital base for more loans or to supplement the state’s revenues. The bank can also lend to its own government agencies that are short of funds due to the mandatory shutdown. The salubrious effect will be to jumpstart the local economy by putting new money into it. People can be put back to work, local infrastructure can be restored and expanded, and the local tax base can be replenished.

The coronavirus pandemic has demonstrated not only that the US needs to free itself from dependence on foreign markets by rebuilding its manufacturing base but that state and local governments need to free themselves from dependence on the federal government. Some state economies are larger than those of entire countries. Gov. Gavin Newsom, whose state ranks as the world’s fifth-largest economy, has called California a “nation-state.” A sovereign nation-state needs its own bank.

Ellen Brown is an attorney, chair of the Public Banking Institute, and author of thirteen books including Web of Debt, The Public Bank Solution, and Banking on the People: Democratizing Money in the Digital Age.  She also co-hosts a radio program on PRN.FM called “It’s Our Money.” Her 300+ blog articles are posted at EllenBrown.com.