Covid-19 Fallout: “There is something terribly wrong with this country” — Mickey Z. 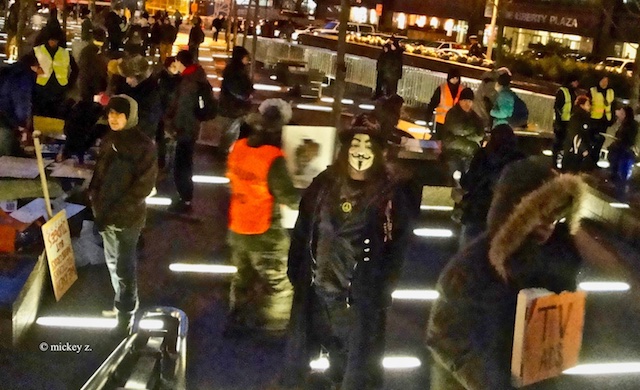 As November 5 neared, I did something cliché but nonetheless powerful. I re-watched the film, V for Vendetta. It always resonated with me in a variety of ways. During Occupy, it felt omnipresent due to the endless sea of masks. But in 2021, it plays like a documentary. Another cliché perhaps but I challenge you to watch it and tell me different.

Schools in North Ayrshire, Scotland are readying themselves to use facial recognition software to allow students to pay for their lunches. Because lunch hour is so “busy,” they explain, scanning the children’s faces will speed things up and be “more Covid-secure.” The scanner works because the children’s faces have already been stored on the school’s servers.

The most infamous scene from V for Vendetta is the speech given by the “terrorist” known as V. Here’s a transcript or you can watch it below. Either way, I’ll be sharing slightly edited excerpts from it throughout this article.

According to Americans for Tax Fairness and the Institute for Policy Studies, a 70 percent surge of wealth occurred for the richest individuals in the U.S. since fears about a coronavirus created widespread panic in March 2020. The number of American billionaires has grown since March 2020 from 614 to 745. These 745 individuals hold $5 trillion in collective wealth which is two-thirds more than the $3 trillion in wealth held by the bottom 50 percent of U.S. households.

“Let’s take some time out of our daily lives to sit down and have a little chat. There are, of course, those who do not want us to speak. Why? Because while the truncheon may be used in lieu of conversation, words will always retain their power. Words offer the means to meaning, and for those who will listen, the enunciation of truth. And the truth is, there is something terribly wrong with this country, isn’t there?”

As you line up for your mRNA shot, keep in mind that Goldman Sachs analysts once asked this about the pioneering field of “gene therapy” treatment: “Is curing patients a sustainable business model?” analysts asked in an April 10, 2018 report entitled “The Genome Revolution.”

“Cruelty and injustice, intolerance and oppression. And where once you had the freedom to object, to think and speak as you saw fit, you now have censors and systems of surveillance coercing your conformity and soliciting your submission. How did this happen? Who’s to blame? Well, certainly there are those who are more responsible than others, and they will be held accountable, but again truth be told, if you’re looking for the guilty, you need only look into a mirror.”

During a recent segment of The Hill’s “Rising,” journalist and political commentator Kim Iversen said: “There’s a healthy chunk of the American public that is increasingly craving more government comfort and government control over their lives. And the pandemic has conditioned this chunk of the American public to not only be accepting and tolerant but to actually want to be protected.” Iversen noted that the lack of U.S. protests against the new COVID regime makes her wonder “how comfortable we actually are with authoritarianism.” 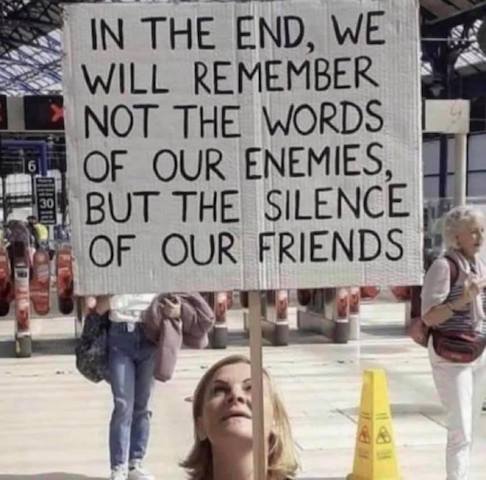 “I know why you did it. I know you were afraid. Who wouldn’t be? War, terror, disease. There was a myriad of problems that conspired to corrupt your reason and rob you of your common sense. Fear got the best of you, and in your panic, you turned to those who appear to be in charge, the leaders [sic] and the experts [sic]. They promised you order, they promised you peace, and all they demanded in return was your silent, obedient consent. I seek to end that silence.”

With my articles — and soon, my podcast — I also seek to end that silence. And, as V implores, if you see what I see, if you feel as I feel, and if you would seek as I seek, then I ask you to stand beside me and do the same… before the safety [sic] you crave becomes mandatory. And oh yeah… one more thing to keep in mind: Ideas are bulletproof.