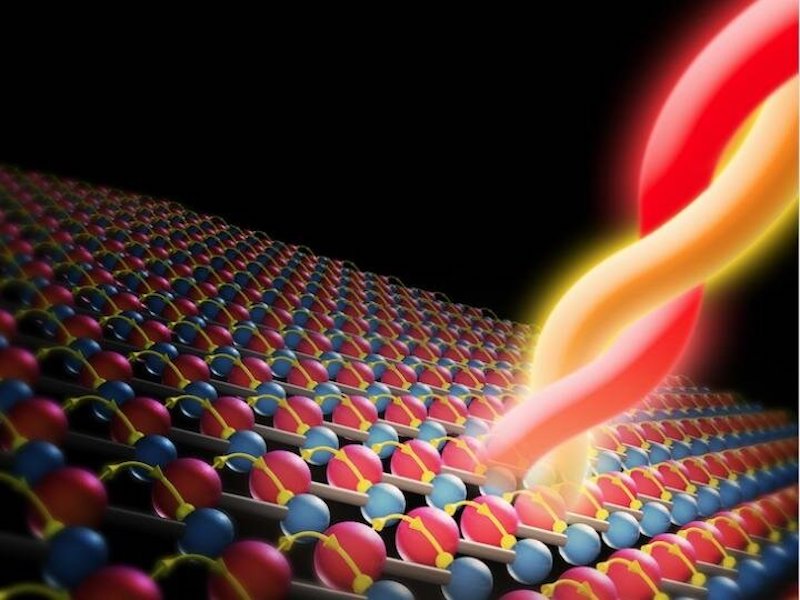 The Weyl semimetal Tantalum Arsenide has a colossal bulk photovoltaic effect - an intrinsic, or non-linear, generation of current from light more than ten times larger than ever previously achieved, according to researchers from Boston College, the University of California Los Angeles, and Ecole Polytechnique Federale de Lausanne. Credit: Kenneth Burch/Boston College

March 4, 2019 (Phys.org) -- A recently discovered Weyl semimetal delivers the largest intrinsic conversion of light to electricity of any material, an international team led by a group of Boston College researchers reports today in the journal Nature Materials.

The discovery is based on a unique aspect of the material where electrons can be separated by their chirality, or handedness -- similar to DNA. The findings may offer a new route to efficient generation of electricity from light, as well as for thermal or chemical sensing.

"We discovered that the Weyl semimetal Tantalum Arsenide, has a colossal bulk photovoltaic effect -- an intrinsic, or non-linear, generation of current from light more than 10 times larger than ever previously achieved," said Boston College Associate Professor of Physics Kenneth Burch, a lead author of the article, titled "Colossal mid-infrared bulk photovoltaic effect in a type-I Weyl semimetal."

"Furthermore this is in the mid-infrared regime, which means this material can also be used for chemical or thermal sensing, as well as waste heat recovery," Burch added.