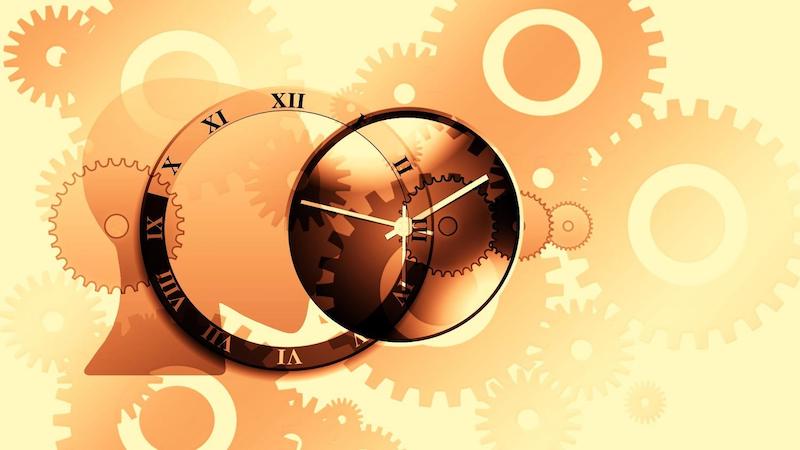 July 8, 2019 (Phys.org) -- Even in the strange world of open quantum systems, the arrow of time points steadily forward -- most of the time.

New experiments conducted at Washington University in St. Louis compare the forward and reverse trajectories of superconducting circuits called qubits, and find that they follow the second law of thermodynamics.

The research is published July 9 in the journal Physical Review Letters.

"When you look at a quantum system, the act of measuring usually changes the way it behaves," said Kater Murch, associate professor of physics in Arts & Sciences. "Imagine shining light on a small particle. The photons end up pushing it around and there is a dynamic associated with the measurement process alone.

"We wanted to find out if these dynamics have anything to do with the arrow of time -- the fact that entropy tends to increase as time goes on."

In a related video, Murch asks, "Do quantum movies look funny when you play them backwards?" He and his team, including Patrick Harrington, a graduate student in physics and first author of the paper, took that question to the lab -- where their work is part of the new Center for Quantum Sensors.

"We looked at microscopic movies of a quantum system's movement during measurement, and asked if the movies looked more likely when played forward or backwards; this comparison can be used to determine if entropy increases or not," Murch said. "We found that even at the microscopic scale, the second law seems to hold: entropy generally increases.