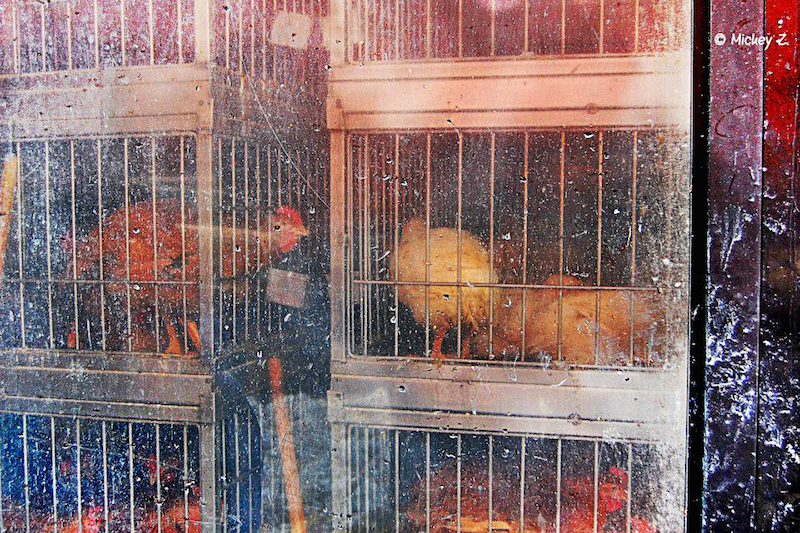 The Washington Post -- a bastion of corporate media credibility (sic) -- recently ran an article about a wave of mass bird deaths.

It wasn’t about the 200 million birds that collide fatally with radio-transmission towers per year (add in cell phone towers and that number approaches a half-billion) or the 120 million birds killed annually by hunters.

And it certainly wasn’t about the 23 million chickens killed in the United States for food (sic) every single day. That's 269 dead chickens per second -- brutally slaughtered after a short, nightmarish life imposed upon them by a taxpayer-subsidized industry responsible for systematically destroying our landbase and threatening all life on earth.

Instead, the article was about commerce, finances, economics, profit, capitalism, business, business-as-usual… and yet another predictable outbreak of avian flu -- an outbreak some are calling “the worst in U.S. history,” an outbreak that’s resulted in the death of more than 32 million birds in 16 states.

But this article wasn’t about saving birds, changing lifestyles, challenging assumptions, or making essential eco-connections. Nope, in this piece -- called, “How the worst avian flu outbreak in U.S. history is costing you money” -- journalist (sic) Sarah Kaplan offered us these crucial bits of breaking news:

“It’s beginning to take its toll at the grocery store.... The cost of a carton of large eggs in the Midwest, where the disease has had the biggest impact, jumped 17 percent in the past month.... Shoppers are most likely to feel the flu’s effects when buying processed products that include eggs as ingredients, like cake mix and mayonnaise. The price of those eggs has jumped 63 percent in the past three weeks.”

Anyone who bothered reading the full article did witness Kaplan providing a tiny bit of context, when she admitted, “the number of confirmed (avian flu) cases represents a fraction of the 8.7 billion birds slaughtered in the United States each year.”

Right there, she could’ve delved into the role of animal agribusiness and factory farming. She could’ve quoted someone like Dr. Michael Greger, saying something like: “When you have tens of thousands of chickens overcrowded in filthy football field size sheds, beak-to-beak in their own waste, one should not be surprised that these are veritable breeding grounds for emerging infectious diseases.”

But rather than discussing a system that makes such outbreaks inevitable and predictable, the corporate media gave the final word to Gretta Irwin, executive director of the Iowa Turkey Federation, who focused on the high stress level among her farmers due, in part, to “the emotional grief” of losing their flock.

(NOTE: This is the point in the article where my head explodes from having too many possible responses to such denial-fueled conditioning.)

With the corporate media setting the daily, hourly agenda, we collectively refrain from questioning the dominant culture, and more often than not: we defend it.

Mickey Z. is the author of 12 books, most recentlyOccupy this Book: Mickey Z. on Activism. Until the laws are changed or the power runs out, he can be found on the Web here and here. Anyone wishing to support his activist efforts can do so by making a donation here.