Somewhere in Astoria: A Personal History of Sorts — Mickey Z. 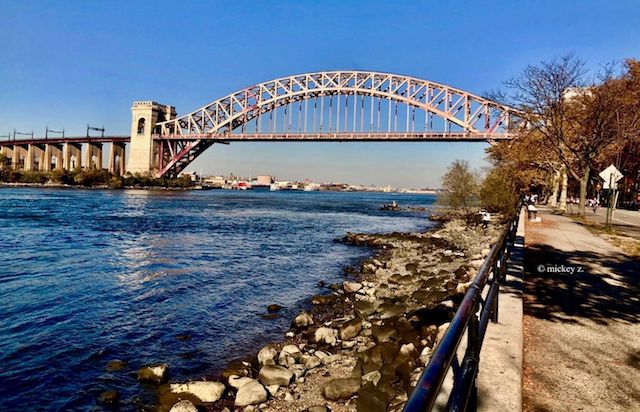 I’ve had a couple of folks request that I write an article about the history of Astoria because I’m so identified — and self-identified — with my neighborhood. So much so that when I was a youth, I sang in a band (with some members of the Vallone family) and wrote a song called “Somewhere in Astoria." Anyway, here’s a mixed bag of history about my turf… as seen through my own personal lens, of course.

Sure, I could begin by telling you that Astoria was originally called “Hallet’s Cove,” after its first landowner William Hallet (who settled here in 1659). Check that, I don’t know what its original inhabitants — the Matinecock and Munsee Lenape — called it. Moving right along... you might be more interested to know that anything within a mile radius of modern-day Astoria is usually called “Astoria” now — for real estate reasons. So, it’s not truly possible to define my neighborhood's boundaries. For example, I spent many years living in a five-floor walk-up in what was then called Long Island City. Today, it might as well be South Astoria. As a result of this scenario, official Astoria population estimates range from 96,000 to 225,000. 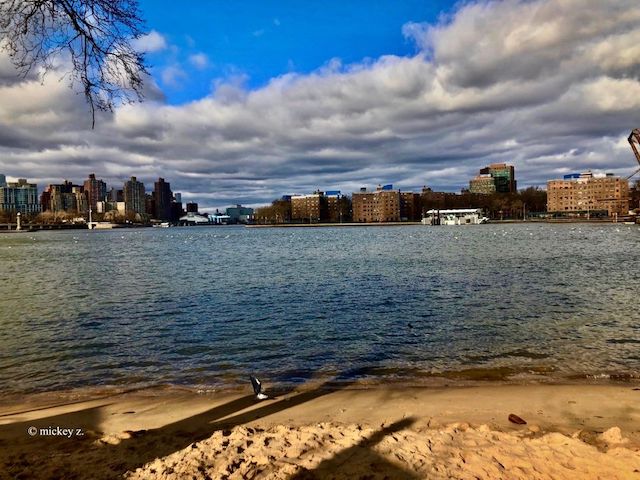 The name “Astoria” was coined in honor of John Jacob Astor, once the wealthiest man in America (net worth over $40 million, in late 19th-century money). Locals thought this would persuade the magnate to invest $2,000 in the growing neighborhood and eventually settle here. Locals were wrong. He did cough up $500 but never set foot in his namesake town.

Had Astor moved here, he undoubtedly would have lived in Astoria Village (now Old Astoria). You can still go see some of the remaining mansions and large residences around 12th and 14th Streets. I once dated a gal who lived on one of those blocks and damn… her house was massive!

Just a few blocks from Old Astoria you'll find Astoria Park — home to the oldest and largest pool in the city (where I learned how to swim). Also: outdoor tennis courts, a track, a bandstand, multiple trails, basketball courts, playgrounds, and more. All this spread out over 59.96 acres on the banks of the mighty East River… which is actually a saltwater tidal estuary of the Long Island Sound, but hey. The land currently occupied by Astoria Park was once a Native American settlement used for maize cultivation and fishing called Pot Cove. Having spent many a teenage night at “The Park” (as legit Astorians still call it), I can verify that it has lived up to the name "Pot Cove" for centuries (insert rim shot here). 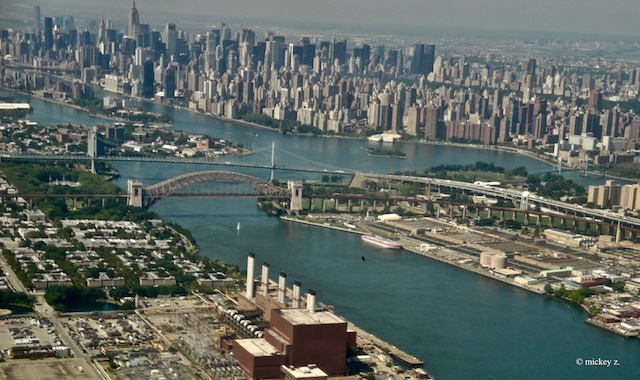 I guess should also tell you about a German settler by the name of Heinrich Engelhard Steinweg who’d go on to become the patriarch of the Steinway family. That family founded the piano company Steinway & Sons in 1853. To keep their workers happy, the Steinways but an entire village — including schools. A refurbished version of the factory still exists and Steinway Street remains Astoria’s main hub to this day. Here’s a photo I recently took of the remnants of the legendary Steinway Mansion: 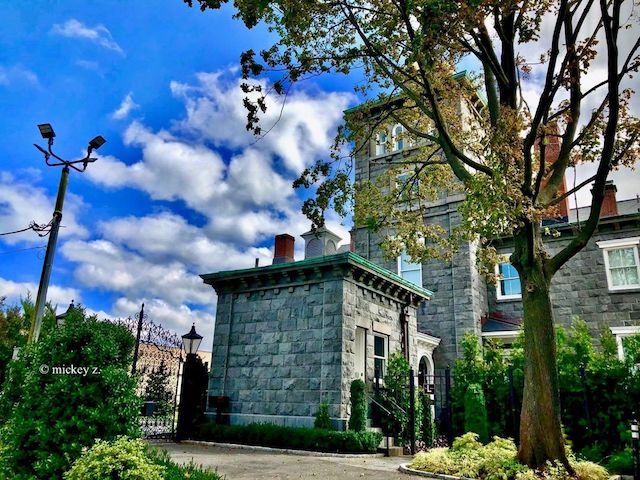 Astoria has been home to some pretty well-known street gangs. The Parkside Gents (a.k.a. Astoria Gents) were the most notorious. Their name remained spray-painted high on the Hell Gate Bridge for decades. Also of note were the Enchanters, Corsairs, Seven Immortals, Hobo Lords, and the Young Sinners. When I was 14, I was asked to join a “junior division” of the Young Sinners. I even got my colors (badass sleeveless jean jacket with fake fur collar and the Sinners’ logo on the back) but had to leave them at the gang leader’s apartment (he was known as “Little Bug”) because I could not risk having them found by my parents at home. Our division was short-lived because Little Bug got busted and sent away to reform school.

From my beloved Marx Brothers making movies here in the early 1930s to the Museum of the Moving Image, Kaufman Astoria Studios, Socrates Sculpture Park, and Noguchi Museum today, my neighborhood is also widely known for its arts-related history. 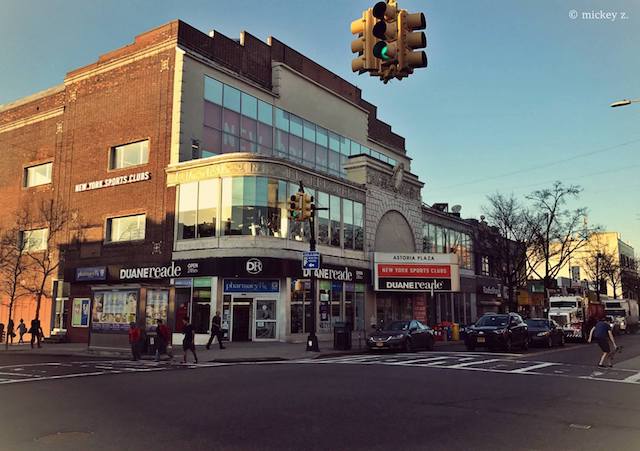 The Astoria Theatre opened on Steinway Street in November 1920 — initially as a vaudeville house for the Ward & Glynne circuit. When acquired by Loew’s in 1923, it began exclusively screening those new-fangled moving pictures. In 1977, United Artists divided the theater into four screens, and then, in 1981, converted the remaining dressing areas in the back of the building into two additional theaters, bringing the theater up to six-plex status. It was renamed the UA Astoria Sixplex and held on until December 26, 2001.

I grew up going to the Astoria (and the nearby Strand and Triboro Theaters) all the time. WAY back in the day, local theaters would present all the Godzilla or Planet of the Apes or Bruce Lee flicks in one showing — to keep us juvenile delinquents off the streets all day, I suppose. Later, I went to the Astoria to see everything from Jaws to Rocky to Saturday Night Fever — right up to Titanic. A very cool neighborhood moment was the jam-packed opening day for A Bronx Tale (which, paradoxically, was filmed just a few blocks from the Astoria Theatre).

After the movie theater closed in 2001, a major chunk of the building became a New York Sports Club gym — where I joined as a member before eventually getting hired as a trainer. I was still doing some personal training sessions there before the lockdowns but, to me, that building will forever be haunted by the ghosts of movies past.

I don’t need any of my fellow Astoria lifers to tell me how much I've left out of this article. But it’s just a start. There’s always the option of me writing more. For now, however, I wanna end on the note of Astoria’s ascent to hipster haven.

It was summer 2001 when Time Out New York magazine’s Astoria issue came out. On the cover was a photo of the Hell Gate Bridge. The cover line read: “Astoria: The New Bohemia.” That same week, right on cue, I was participating in a trendy poetry reading at the now-defunct Sofa bar. Here’s a photo of me from that event: 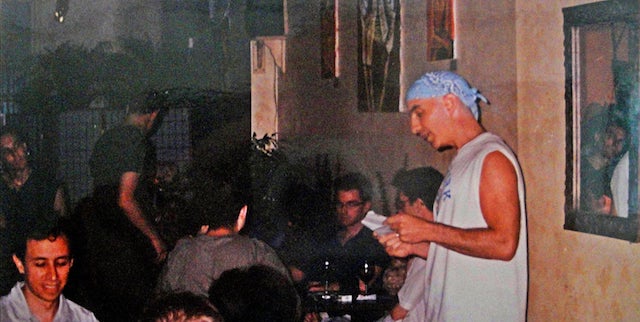 By then, my blue-collar/ethnic enclave was already home to health food stores, yoga schools, a couple of Starbucks franchises, long lines for brunch, a community garden, and (of course) rising rents. Old-timers started selling their homes for astronomical prices. These relics would be torn down and replaced with small apartment buildings. The population exploded and nothing has been the same since. If John Jacob Astor were still around to finally invest that $2000 in Astoria today, it might get him a month in a small one-bedroom.

But through it all, Astoria has somehow remained the most diverse neighborhood on the planet. After World War II, it was largely Italian. By the 1960s, the Greeks started to arrive (St. Demetrios is the largest Greek Orthodox church outside Greece). But, since then, everyone has ended up in The People’s Republic of Astoria, e.g. Colombians, Chinese, Guyanese, Germans, Koreans, Ecuadorians, Romanians, Indians, Filipinos, Dominicans, Russians, Irish, Bangladeshis, Egyptians, Lebanese, Mexicans, Croatians, Albanians, Brazilians, and more. Spend a little time around here during the World Cup and you’ll see just about every flag being waved somewhere in Astoria (as the song goes).