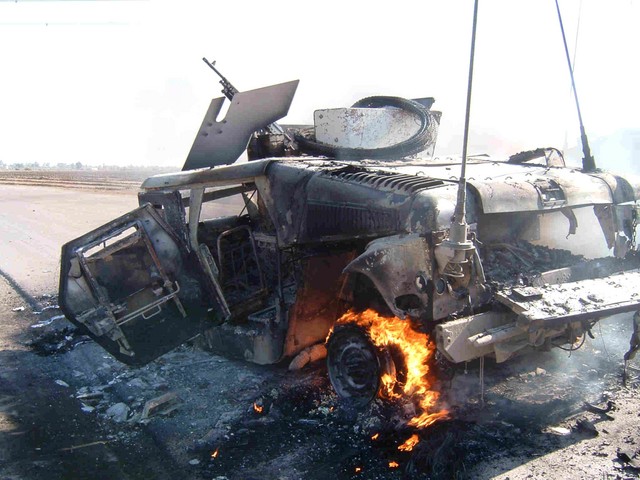 Hundreds of U.S. Marines have been killed or injured by roadside bombs in Iraq because Marine Corps bureaucrats refused an urgent request in 2005 from battlefield commanders for blast-resistant vehicles, an internal military study concludes.

The study, written by a civilian Marine Corps official and obtained by The Associated Press, accuses the service of "gross mismanagement" that delayed deliveries of the mine-resistant, ambush-protected trucks for more than two years.

Cost was a driving factor in the decision to turn down the request for the so-called MRAPs, according to the study. Stateside authorities saw the hulking vehicles, which can cost as much as a $1 million each, as a financial threat to programs aimed at developing lighter vehicles that were years from being fielded.

After Defense Secretary Robert Gates declared the MRAP (pronounced M-rap) the Pentagon's No. 1 acquisition priority in May 2007, the trucks began to be shipped to Iraq in large quantities.